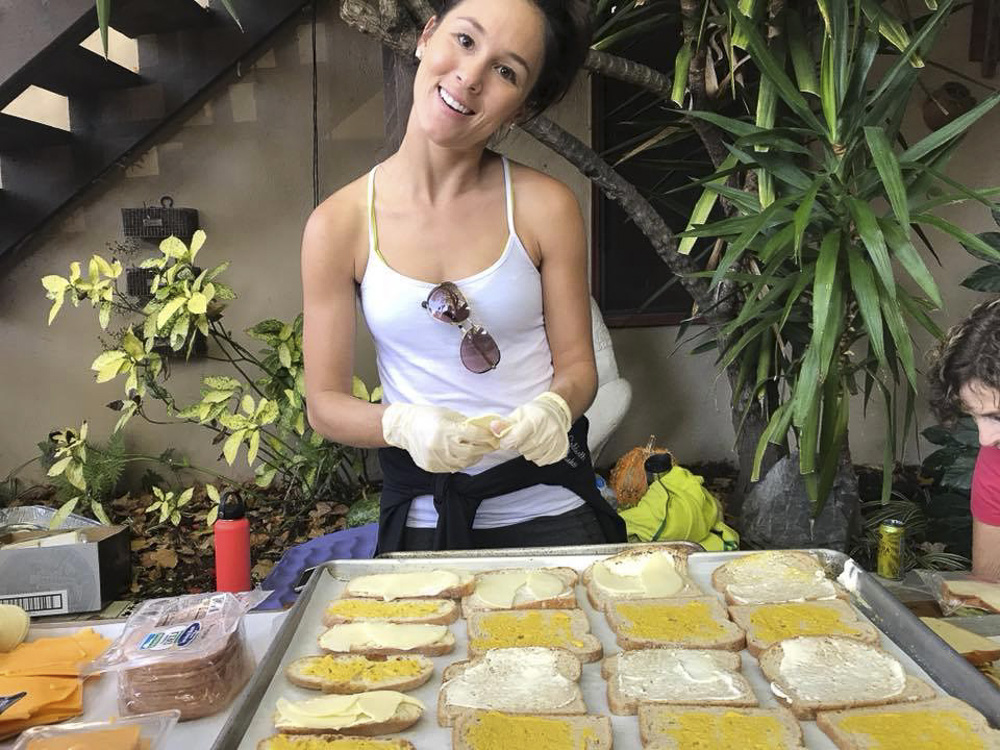 When you think of your home, how does it make you feel? For me, I feel safe, warm, and happy.

Ranking as California’s most destructive fire, the Tubbs fire destroyed roughly 4,500 homes in the Santa Rosa area, in addition to 94 commercial buildings. It burned through more than 35,000 acres, and in the process took 19 lives. Now known as Northern California’s Firestorm, multiple fires burned throughout the state, transforming neighborhoods into an unidentifiable, apocalyptic version of what used to be.

You know my background — I am a local real estate agent and I help buyers find and purchase their dream home. As you also know, buying your first home is not an easy task. In an ideal world, each home buyer would put 20 percent (of the home price) down toward their loan. Meaning, if you were to buy a $500,000 property, you would have saved somewhere in the ballpark of $100,000, which is impressive on its own. From there, add home insurance, property taxes, interest on your loan, ongoing routine maintenance, and unforeseen maintenance to your monthly budget. Its safe to say buying a property is a big commitment.

Now, imagine yourself living in that dream home you saved up for, peacefully asleep in the brand new queen bed that was just delivered, when you abruptly awake to the sound of a phone call. The phone call is from your mother-in-law, who lives about 5 miles away, and she is frantic. You try to calm her down, in an effort to understand the message she is attempting to convey when finally, you understand: There is a fire and you need to evacuate. Immediately.

According to nextdoor.com — a private, social network for individual communities — Coffey Park was home to 7,312 residents. And per the LA Times, more than 1,500 homes were burned to ashes in those fateful days of early October. Wildfire ravaged through this idyllic suburb located just two miles from the epicenter of Santa Rosa, leaving thousands displaced.
So, what do you do when home, as you know it, no longer exist? You find yourself trapped in a crowded fairground, temporarily being used as an evacuation center, with nothing more than the clothes on your back and a donated blanket.

While none of my immediate friends or family members were affected by the fires, I felt inclined to do my part as a nearby neighbor, and so fellow real estate agent Anna McGee and I packed our bags and headed down the hill.

Upon arrival, we were able to get in touch with a local restaurant, Backyard, which was in need of volunteers. Backyard is a seasonal, sustainable restaurant nestled in the small town of Forestville, but really, it is so much more than this.

The restaurant closed its doors to the public for an entire week in an effort to output as many meals as possible for those in need. In one afternoon we made 1,000 sandwiches. And those 1,000 sandwiches were hand delivered to first responders on the front line, evacuees in shelters, and hotels that were housing people who lost their homes. The magic we witnessed that day in Forestville was unlike anything I’ve experienced.

After our day at Backyard, we made our way toward the Napa Community College evacuation center, as we received intel they too were in need of volunteers. Anna and I arrived at the gymnasium, ready to work.

While at Backyard, we experienced the love and positivity the community at large had to offer. But upon arrival at the temporary evacuation center, we felt the true effects of the fire: devastation, loss, and chaos. Hundreds of cots lined the gymnasium floor while the evacuees struggled to put the pieces of their lives back together. Plastic tables, lined with cereal, oatmeal, bread, and pizza, were set up for those displaced to eat as they pleased. To the naked eye, these people had everything they needed: food, water, shelter, warmth. But once I dug a little deeper, I found out they were lacking even the most basic of essentials.

My shift was from 7 p.m. to 1 a.m., most of which was prepping breakfast for the next day and ensuring the environment remained safe and comfortable once the gym lights went out. Equipped with a pen and paper, I decided to go around to each family and ask what it was that they needed at that moment. For one woman, it was a bra. She had gone five days in an evacuation center, with hundreds of people, without a bra. And for another, it was sweats. This young teenager had left the house with his shorts and didn’t have any warm pants. And for another family, it was shoes. Three small children were sharing one pair of shoes — and that pair of shoes was an adult size 8. We decided to go to a nearby Walmart and play Santa, hand delivering each item while evacuees were fast asleep. And although I wasn’t there when they awoke, I can only imagine we gave them something to smile about in an otherwise dark time.

After seeing the devastation first hand, I decided to throw an impromptu fundraiser in my own community. I knew many people were looking for a channel to help, yet couldn’t quite find a way to do so. Pulled together in about four days, we raised more than $8,000 for fire victims. With more than 40 donors, our silent auction alone raised nearly $6,000. I had the opportunity to hand deliver the $6,000 check to a family who lost everything in Coffey Park. Witnessing the effect our little community had on one family was worth all of the hard work that led up to the event. As tears streamed down Shelly’s (the recipient) face, I was reminded how just as easily the roles could have been reversed.

Our Truckee/Tahoe community came together in a big, heartwarming way, to show solidarity with nearby Sonoma and Napa counties. As the affected towns begin to rebuild, they do so with understanding that this is just the beginning. The road will be long and likely very challenging.

We can all do our small parts to help in light of these tragedies, and if you’re looking for ideas, you can email me directly at amie@TLUXP.com.

~ Amie Quirarte is a real estate agent with Tahoe Luxury Properties licensed in both California and Nevada. She lives in Tahoe Vista with her husband and two rescue dogs.

Miles Apart but Close at Heart
Sports & Outdoors
12:00 am