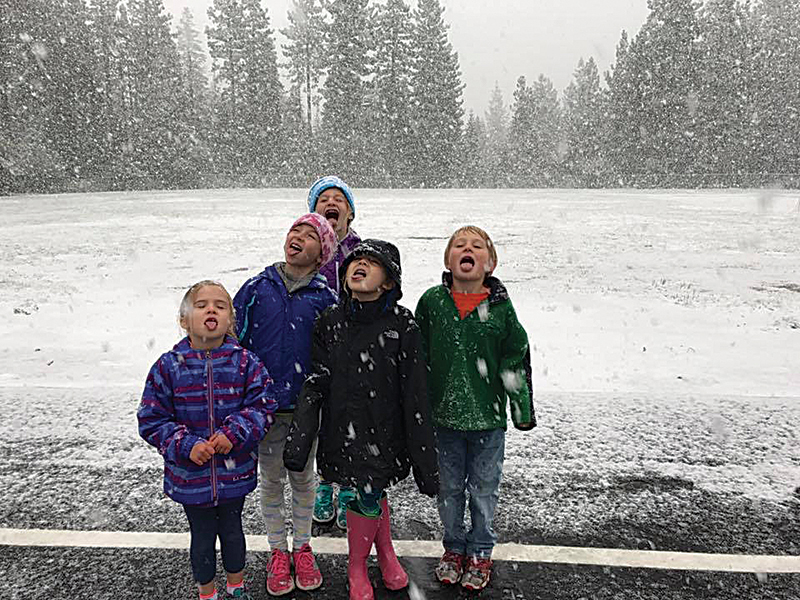 In the last few years, $176 million has been directed toward the regional public schools, major renovations have occurred at a local private school, and an entirely new curriculum came on the scene. Big changes are taking place in the regional school landscape, with more to come, and one thing is clear: Education is strong in Truckee/Tahoe and the next generation is already reaping the benefits. 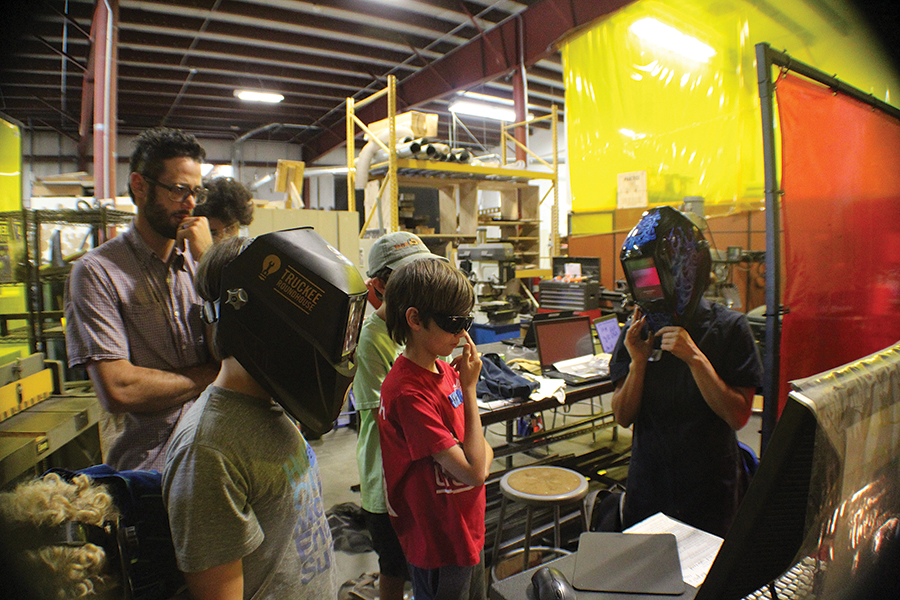 “Every day we tell our kids, ‘Look around. Think about what you have here, because it is not the norm,’” says Tahoe Lake Elementary Principal Stephanie Foucek, sitting in her office next to a pair of snowshoes she keeps on hand for watching over recess. Foucek is fresh from recently being chosen as Placer County’s 2019 Elementary Principal of the Year by the Association of California School Administrators, and beams as she relates the big changes at Tahoe Lake Elementary, located in Tahoe City, and part of the Tahoe Truckee Unified School District. She admits to having a slight bias, because she is not only a part of the school administration, but a parent as well. “I get to see it come home,” she says.

Tahoe Lake is currently occupying the space that used to be the old Rideout Community Center because its original location near downtown Tahoe City is getting a complete overhaul. By next year students will move back into the school, retrofitted with a complete technology upgrade and sporting a new greenhouse, science lab, and more. This is just one example of major changes and upgrades happening around the school district due to the 2014 Bond Measures E and U that allocated $176 million to school improvements. TTUSD Superintendent Robert Leri says the district plans to have the upgrades to all of its 12 schools wrapped up by a 2022 deadline.

For Truckee-ites, one of the most recognizable improvements is the new west wing building at Truckee High School — and there is more to come. Starting in April, the east end of the old school will be gutted and remodeled with a new library addition installed. This will also make room for the school’s arts program, especially music and theater, to expand. Leri added that although North Tahoe High School is a newer facility, it will also see improvements in 2020 in the form of a new music space and Career Technical Education (CTE) classroom compatibility. The CTE program is based around setting up career-oriented pathways in multiple fields of study that begin at a foundational level, and finish with a capstone course or project. Matching facilities upgrades to newer programs like CTE is a primary focus of the district, Leri says. At the elementary school level, upgrades to Glenshire Elementary were completed in 2015. Truckee, Donner Trail, and Kings Beach elementary schools will all be benefitting from some major enhancements including entirely new classrooms or remodeled spaces, as well as many other physical improvements.

When Moonshine did our first education rundown, Tahoe Expedition Academy was not yet on the map and Sierra Expeditionary Learning School was the region’s primary trailblazer of experiential education. Eight years later, TEA has about 225 students in its pre-K through 12th-grade program, has recently completed some major improvements on its Martis Valley campus, and has its sights set much further. The school recently completed its first major building, Building One, on the north side of its 42-acre parcel of land. TEA founder Taylor Simmers said the building, as well as the café and theater that are currently also in the works, are intended not only as learning spaces but also community meeting spaces. 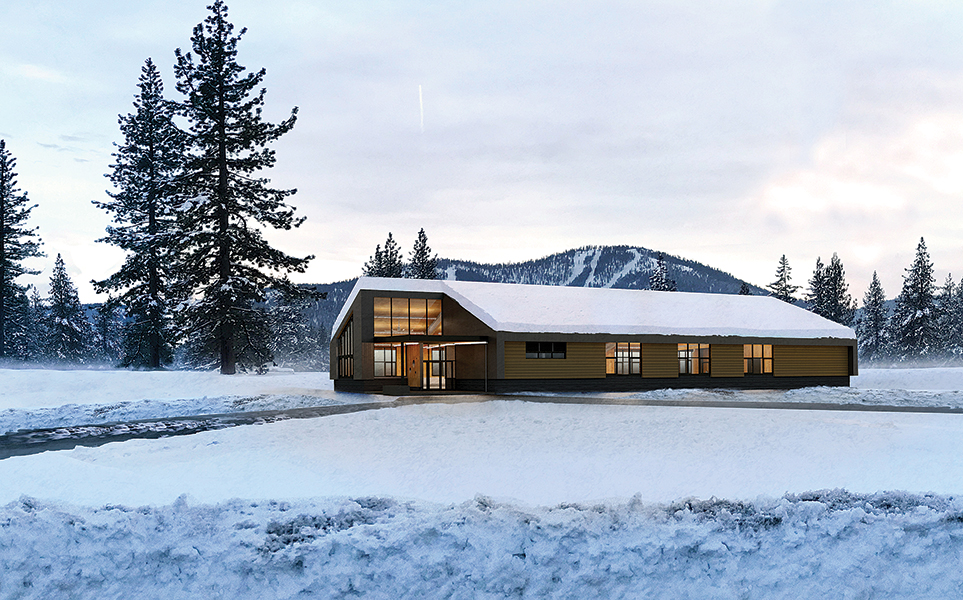 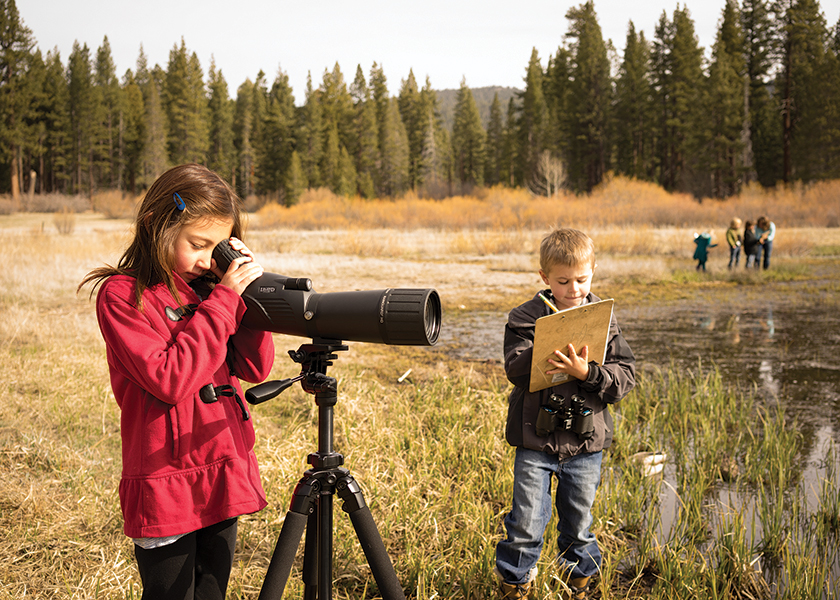 “We think really divergently about what the classroom looks like,” Simmers said. He explains that the experiential learning model TEA was founded on starts with small spaces — the modern modular classroom units staggered on the west side of campus. Large spaces like Building One are for collaboration, innovation, and discussion. The third space TEA utilizes is everything else — the outside world.

For example, in order to teach the complex topic of immigration, staff took a unique tack. They posed the question to their students, “Well, what do you think the wall should look like?” And to help them answer they brought their students on a trip to the border.

Their classroom became the space between the primary and secondary border walls near San Diego, in a meeting with the Department of Homeland Security, followed by a second talk with Chicano activists who organize food drops along the border. To wrap it up, they embarked on a 10-mile night hike through the desert.

“Our students got a firsthand understanding of not only the experience of crossing the desert, but what these different stakeholder groups thought about this issue of immigration and the wall,” Simmers said. It’s this kind of real-world, hands-on learning that epitomizes the mission Simmers says is at the foundation of TEA: Think, Experience, Act.

When walking into Golden Valley Charter — Tahoe School, Truckee’s first Waldorf school as of last year, the first thing you will notice is the location. Based next to the Northstar Fire Department, the school is almost completely surrounded by nature. The second thing you will notice is that the inside of the building doesn’t look like your typical school. Colorful silks line the walls, dozens of ukuleles sit by the door for the students to practice their coordination, a small woodshop corner adjoins a colorful and ornate dining table in one room, and almost everyone is outside.

“They spend a lot of time in nature and outside no matter what the weather, no matter how deep the snow,” said founding principal Bonnie River, her words broken up by the sounds of children yelling excitedly just outside the building. She says the older children will spend up to two hours a day outside. Inside the classrooms, the aesthetic becomes a cornerstone of the educational atmosphere. 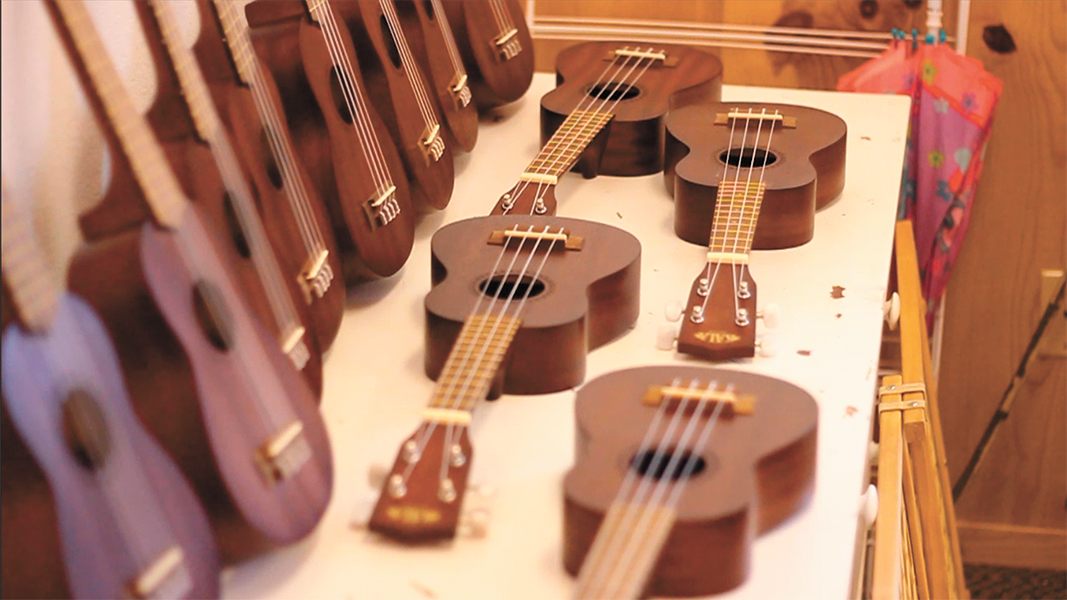 “It’s beauty in everything that the child is producing,” says River. “Art is a, I would call it the underlying theme of everything [at Golden Valley].” The Waldorf curriculum that Golden Valley brought to the Truckee region in spring of 2018 is a unique addition to the educational landscape. The 100-year-old teaching style is founded on integrating the arts as an inseparable companion to rigorous academics from pre-K through 12th grade and beyond.

Golden Valley executive director Caleb Buckley says what sets the school and its use of the Waldorf curriculum apart is a mission to address the condition of the human being first and foremost in addition to a thoughtful curriculum and rigorous academics. According to Buckley, the important question is how the students become “moral and ethical people, as well as critical thinkers.”

The drive to raise our children well is reflected in the experimentation of different schools across the country, and in a world that is constantly presenting new and unique challenges for young people to face, Truckee/Tahoe is in the vanguard.