Home Columns In the Past Killing Penelope 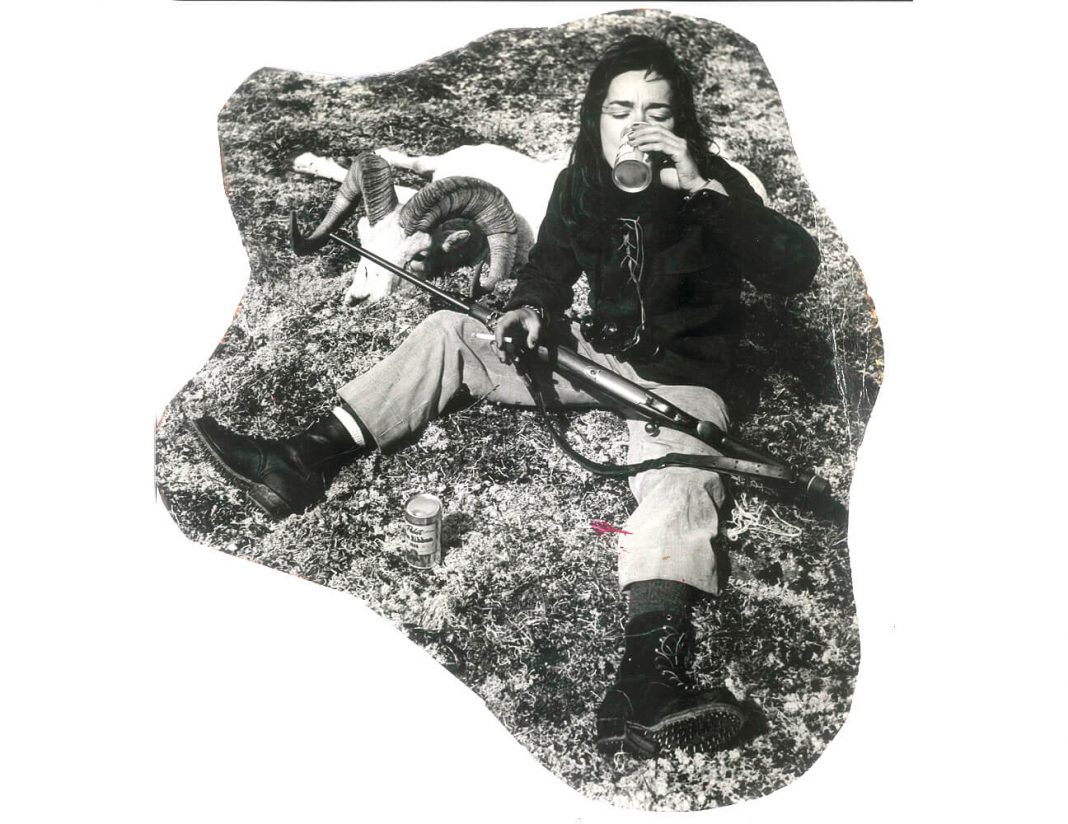 “I waited at the bottom of the KT-22 ski lift in Squaw Valley for my favorite chair. It was a sunny day on March 23, 1974. Almost two weeks after my 16th birthday. My mother, Penelope, was dead. I’d left her to die back in Duxbury, but I’d made up a lie about it so nobody would ever know it was my fault.”

Thus begins Killing Penelope, Truckee resident Kimball Pier’s raw and poignant story of her life growing up with her mother Penelope and father Dr. Gardiner Pier. It is a story of a child’s longing for unrequited affection, her mother’s disease and addiction, and an imploding family; but it’s also an ode of love to the sleepy little post-Olympics community of Squaw Valley.

Gardiner and Penelope met in Marin County, but moved to Squaw Valley with Kimball in 1959. It was an instant and powerful romance that led not only to a pregnancy, but to Gardiner leaving his wife and three kids. The new family quickly settled into Squaw Valley life. Gardiner built a home high up on the hill so he could watch the Olympics from his own living room. He was a Harvard classmate of Alex Cushing and before the 1960 Olympics, Cushing asked Gardiner to start a medical practice at the base of the mountain. He was one of the founders of the Truckee Tahoe Medical Group, which still has an office at the base of Squaw Valley.

“An approachable and comfortable doctor, my father was imperturbable in emergencies, using his snowshoes to make a house call when his VW Beetle was up to its door handles with snow, to pull a fish bone from a child’s throat or to chat with patients about football while he sewed up holes in their heads,” Kimball wrote in Killing Penelope.

Gardiner was infatuated with the spunky world traveler Penelope, even tolerating the regular visits of her lesbian lover Helene (whom he called Fishballs). While Penelope cherished outings with her horse JP, she found Squaw Valley too provincial for her taste, and at least once a year felt the need to visit Fishballs in Switzerland.

Contrary to her mother, Kimball loved life in Squaw. There were quiet walks with the dogs into Shirley Canyon and horseback rides to Five Lakes.

“Squaw Valley summer mornings awakened the senses, making it impossible to be inside, weaving the sunrise song of the meadowlark with the smell of meadow grasses and pine kissed by the dew,” Kimball wrote.

While she relished all the activities of life in the mountains, Kimball was also tentative and terrified when her father pushed her to become an expert skier, swimmer, ice skater, and bike rider. But one day her attitude changed. She was waiting for her turn in a ski race and was a nervous wreck. Her coach Tom Kelly told her, “Ski racing is supposed to be fun! This is for you. Just you. It’s not for your dad or me or anybody else.”

Squaw Valley back then was the kind of place where everyone was friends and looked out for each other. When Kimball was 8, Penelope developed an autoimmune disease affecting her muscles called polymyositis. To manage, she took pain medications, which led to a drug addiction. Gardiner and Penelope made frequent and lengthy out-of-town trips in an attempt to find a doctor who could understand and treat her disease, and Kimball was frequently shuffled off to stay with a string of Gardiner’s friends and patients in the valley.

As the disease and addiction progressed, Gardiner and Penelope’s marriage deteriorated, resulting in Gardiner leaving Penelope for another woman and forcing Kimball to become the primary caregiver for her mother at the age of 12. Penelope insisted they move away, first to family in Boston and later to New York. Eventually, when Kimball was nearly 16, she returned to Squaw Valley to live with her father after her mother had been placed in a mental institution.

“I loved to look to the west and see the first glimpse of the High Sierra toward Donner Pass; it was still there and still beautiful against a cerulean winter sky. As we drove into Squaw Valley, my heart leapt at the shape of the familiar mountains encircling the valley floor like arms, embracing its meadow now covered by a serene blanket of snow,” Kimball reminisced.

After the trauma of trying to keep her mother alive, Kimball’s house in Squaw Valley was not the refuge she remembered. Now it was primarily occupied by renters, with just one room left for herself. “I felt like an alien in my own home; I just wanted to be with my dad, and that was not what he wanted,” Kimball recalled. Her father was only an occasional visitor, when he could escape Colorado and the overbearing woman he left Penelope for.

After high school, Kimball moved to Alaska for six years and then Seattle for 17 years, raising two kids and running through two marriages, eventually studying to become a therapist. Finally, with the painful demise of her second marriage, she was ready to return home to Squaw Valley, bringing her father with her. “My father was 91 years old, I wanted to bring him back here. We moved to Reno because my father was too weak to handle the altitude at Squaw Valley,” Kimball said.  Her father passed just a few months after they moved in 2004.

Now, Kimball can often be found on her bike or on a run, enjoying the opportunity to take in as much Sierra air as she can. Making up for lost time. She still holds a torch for Squaw Valley, and frequently expresses deep dismay for the changes it has undergone, from sleepy town to mega resort. While it is no longer the place it was when she was a child waiting for her favorite chair, or hoping that her mom would get out of bed and tell her it was time to saddle up the horses to ride to Five Lakes, “Squaw Valley never stopped being my home,” Kimball affirmed.

Killing Penelope, published by Lucky Bat Books, is set to be out on Amazon and in local stores this month.