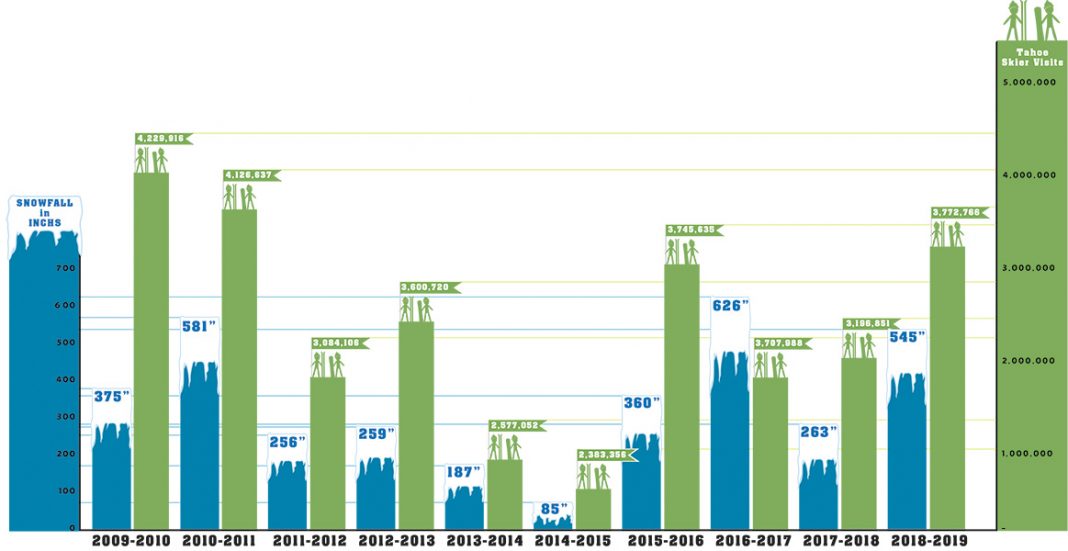 For those around to experience it, we know the 2016/17 winter was a big one, and moisture — or lack thereof — during 2014/15 was rather depressing. We decided to go a little deeper and dug up the full realities of the 2010s — not just in amount of snowfall, but in number of visitors, too.

As you’ll see, there’s no real consistent upward or downward trend across the decade, and it’s interesting that the number of visitors to Tahoe didn’t necessarily coordinate with the higher inches of snow received — other than 2014/15, when the minimal amount of snowpack was clearly broadcasted far and wide, and only 2.3 million folks chose to come, rain or shine, snow or no snow. So shake your fist all you want at the visitors during Tahoe’s winter season, but we haven’t partied with over 4 million skier visitors since 20010/11.

* These Tahoe-specific skier visitor numbers from Ski California’s data originally displayed overall California totals with, on average, 53% representing Tahoe, 30% representing the central Sierra, and 17% representing southern California. Therefore, these numbers are not directly courtesy Ski California, and have been extrapolated by Moonshine Ink. 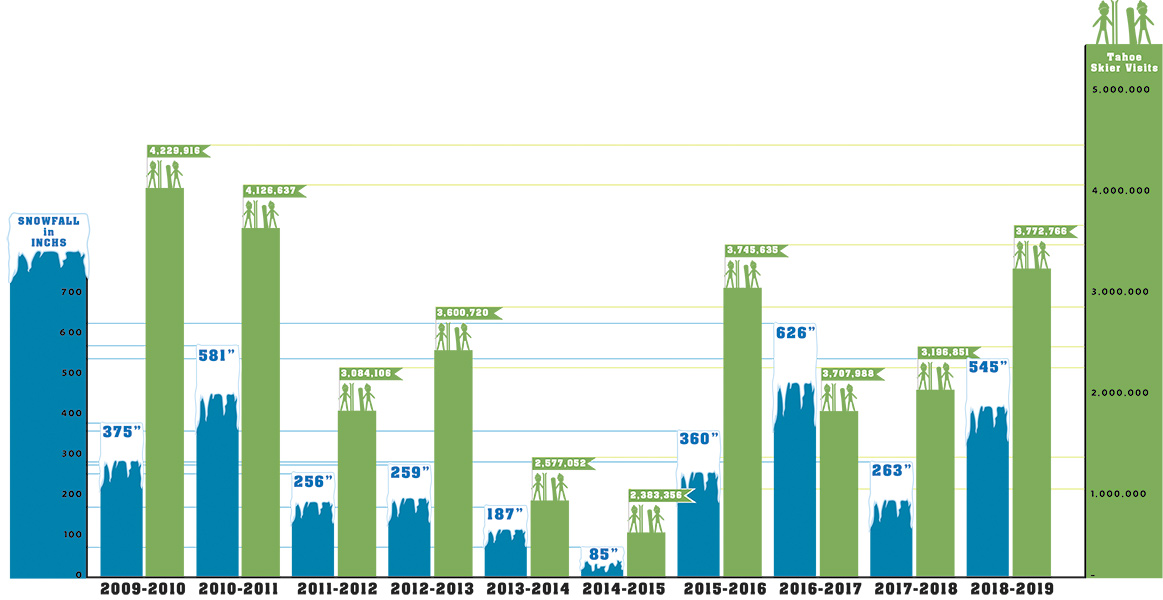