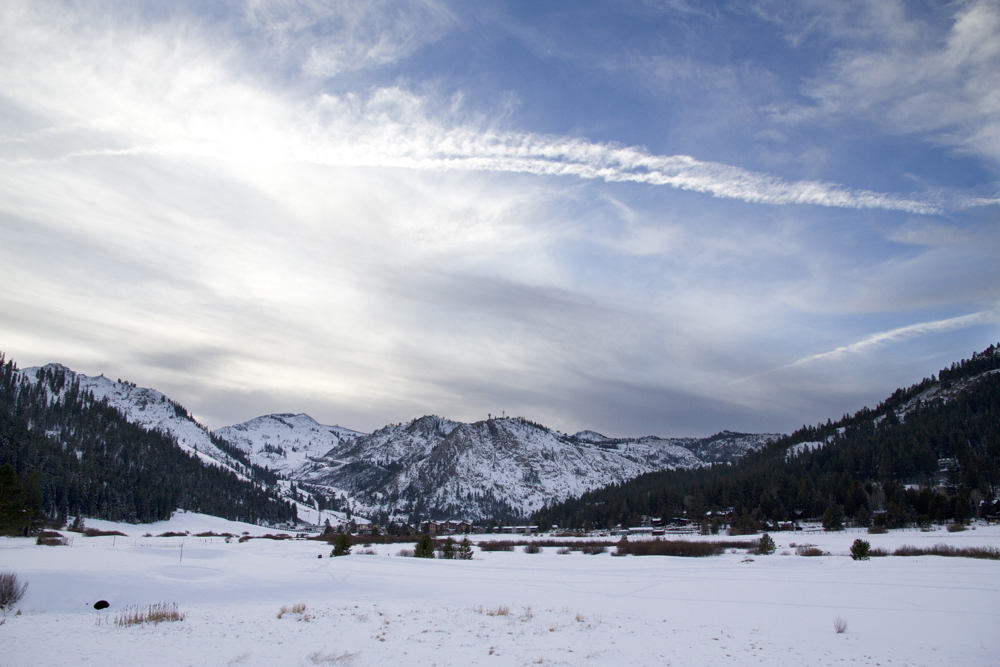 After three years and more than half a million dollars, Incorporate Olympic Valley has thrown in the towel with its efforts to form the Town of Olympic Valley. The straw that finally broke IOV’s back came in November when the majority of Placer County Local Agency Formation Commission members indicated they would vote against incorporation. Citing opposition from both the county and LAFCO, IOV formally withdrew its petition for incorporation on Dec. 1.

“With regret we hereby withdraw that petition,” wrote IOV in its Dec. 1 letter to LAFCO. “We firmly believe the Town was fiscally viable and would have benefited not only our community but neighboring communities as well. However, it is clear that the hostility to our proposal from the county and others made it hard for your commissioners to support our proposal.”

The LAFCO commissioners’ decision at its Nov. 18 meeting to move toward denial of incorporation came despite a LAFCO staff report recommending the agency proceed with a final fiscal analysis and an environmental impact report, to be paid for by IOV. The staff report was issued after the California State Controller’s Office reviewed —at IOV’s request — 31 issues in the draft comprehensive fiscal analysis. The State Controller’s review, which was interpreted as favorable by IOV but as confirmation that a town would not be financially viable by LAFCO and Squaw Valley Ski Holdings, was the means of last resort for IOV.

“After the LAFCO meeting, we realized there was nothing we could do technically to make a difference,” said Bob Barnett, a retired attorney and consultant for IOV. “This is a political process. We won it on technical grounds, but lost it on political grounds.”

Politically, IOV faced some powerful forces that opposed incorporation. Squaw Valley Ski Holdings, which was the sole contributor to Save Olympic Valley — the group of residents, second homeowners, and businesses formed to fight against incorporation — outspent IOV. According to campaign finance disclosure documents, over the past two years, SVSH, through Save Olympic Valley, spent almost $800,000 on political efforts to defeat incorporation. In contrast, IOV spent approximately $75,000 on political expenses but around $500,000 on consultants, the fiscal analysis, and LAFCO costs, and faced another $160,000 in expenses for the environmental impact report.

Andy With, president and CEO of SVSH, said that spending almost $1 million was a necessary expenditure.

“That was an unfortunate expense we had to put in place because incorporation was a strategic threat to the community and our company,” he said, noting that he was relieved when he heard that IOV was giving up its efforts. “What was being proposed was not in anyone’s interest.”

IOV believes it was Squaw Valley’s concerns about what position a town council would take on the ski area’s proposed development that drove the company to oppose incorporation.

“They [SVSH] were concerned that a new player was being introduced in their development, and they didn’t know who that was,” Barnett said.

Wirth said as much in a Dec. 1 statement.

“The decision by IOV to withdraw their petition for incorporation is a step in the right direction for the future of Olympic Valley,” Wirth said. “Creating a new town would have been a risky proposition, not just for the people and businesses of Olympic Valley, but for the community of North Lake Tahoe.”

IOV also felt that Placer County, which stood to lose significant property tax and transit occupancy tax dollars, did not support incorporation. In a Nov. 30 letter to LAFCO, Placer Executive Officer Davie Boesch wrote: “Despite the assertions of IOV, the proposed incorporation is not financially feasible; particularly when considering the revenue neutrality payments that would be due to the county. For that reason, the county supports the LAFCO determination to bring this matter to its January meeting to consider denial of the application.”

Additionally, IOV had concerns that LAFCO was not acting as a neutral body. Then, LAFCO Commissioner Brian Sheehan, a part-time Squaw Valley resident whom IOV believed to be the most amenable to its side, passed away in October. IOV saw this as another blow to its cause.

“We couldn’t go on with a referee [LAFCO] who was supposed to be neutral but was not being neutral and who was supporting a financial consultant that made error after error,” Ilfeld said.

“We have gone out of our way to be fair to all sides,” she said.

IOV said at its Dec. 1 meeting that it will transition to a nonprofit in order to advocate for Olympic Valley, although its exact goals and methods have yet to be determined.

“There are other ways to approach revenue to benefit the valley,” Ilfeld said. “That is part of our new mission.”

IOV would also like to work on building consensus in the valley on important issues and bringing together different groups that were divided over incorporation, such as full-time vs. part-time residents. Squaw CEO Wirth said that this is an area where the two sides can come together.

“We need to move to healing as quickly as we can,” he said, “or at the very least we can work in harmony.”

IOV might also channel some of its energy into the broader issue of incorporation. Ilfeld invited two proponents of incorporating all of Eastern Placer County, Roger Kahn and Randy Hill, to the meeting.

While IOV has some idea of what’s next for the group, it is struggling to see its future after having spent so much time, energy, and resources on incorporation.

“Every effort to go forward was made,” Ilfeld said. “It’s hard to know where to go from here.”