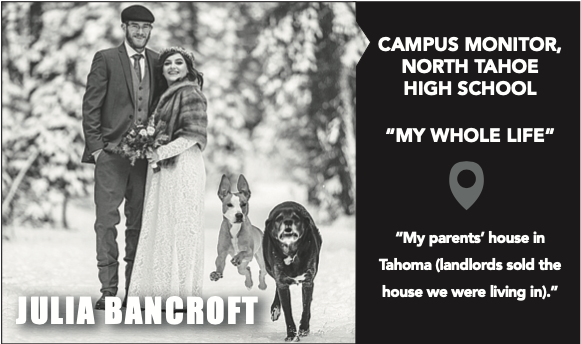 Below are people who have had to leave or uproot their lives due to a lack of available housing. Here are their faces, names, occupations, number of years lived in Tahoe/Truckee, and current location.

We asked that respondents have lived in the region at least five years and were displaced primarily due to housing insecurity or issues. Respondents who preferred to remain anonymous were not included on this memorial wall, but were considered in the prior analysis. Photos were optional and we included the few respondents who chose only to provide a first name.

(Read Voices of the Displaced for further backstories and analysis of the 40 stories we collected total.) 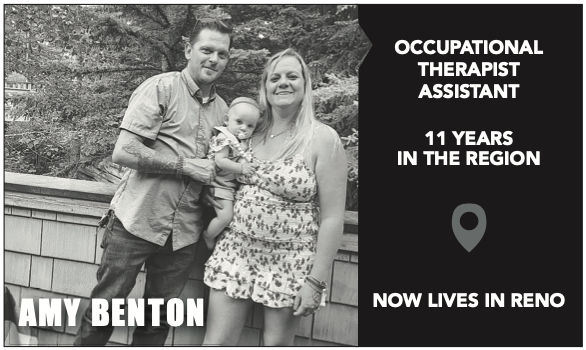 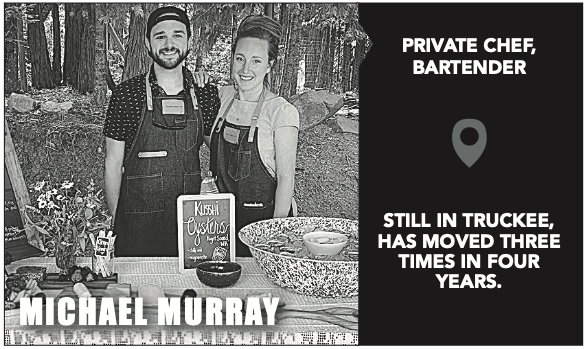 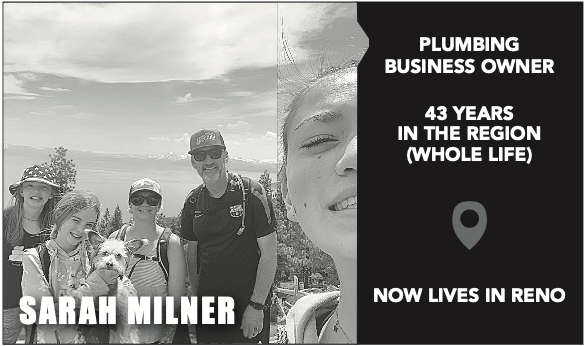 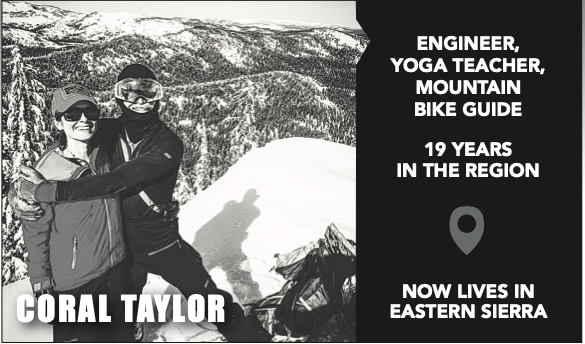 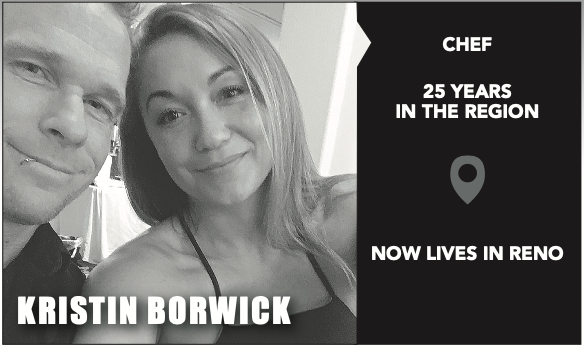 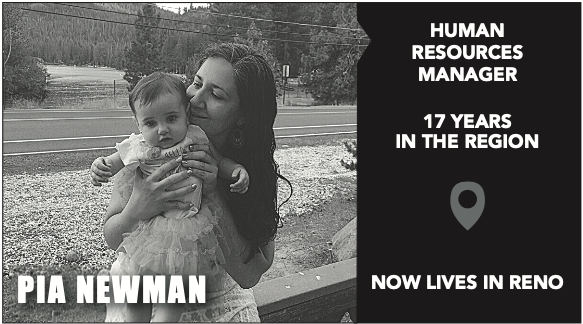 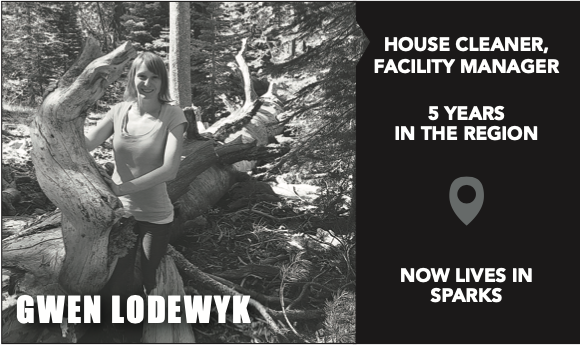 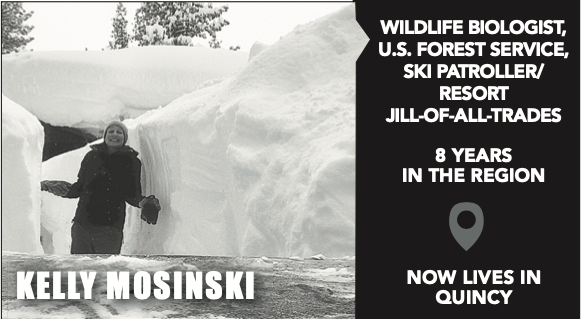 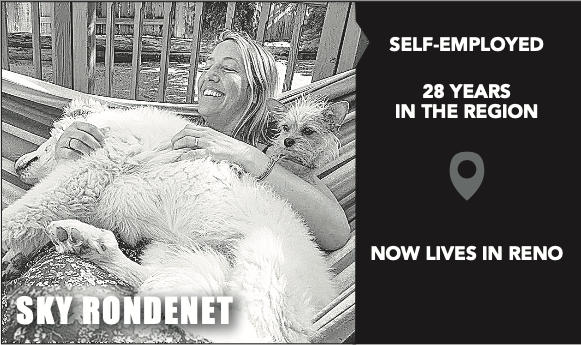 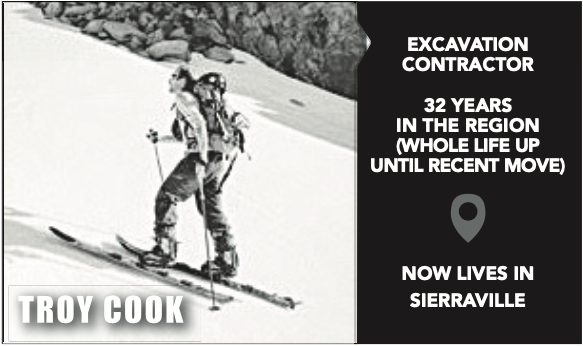 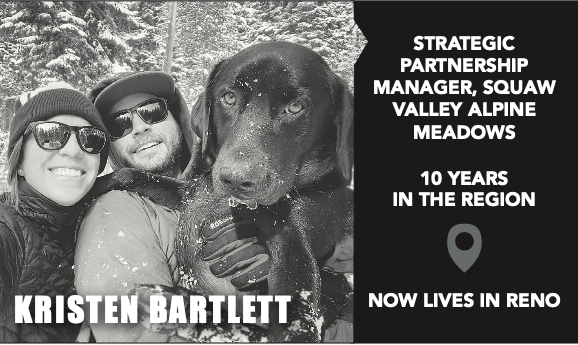 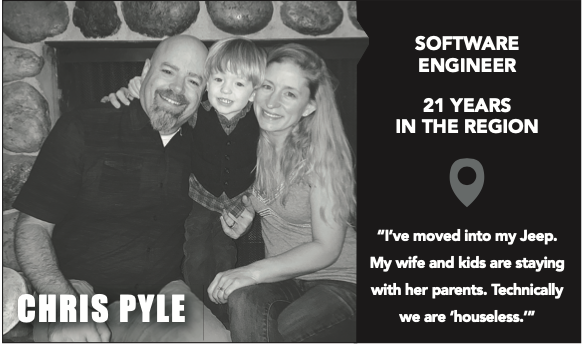 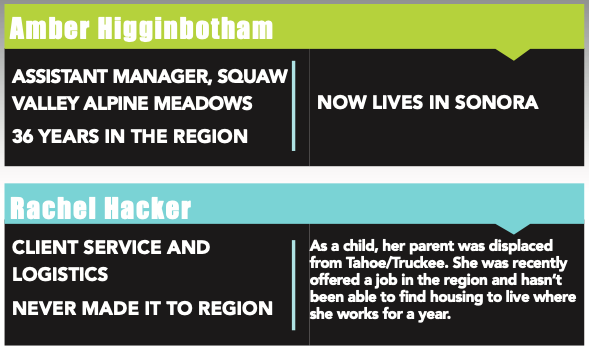 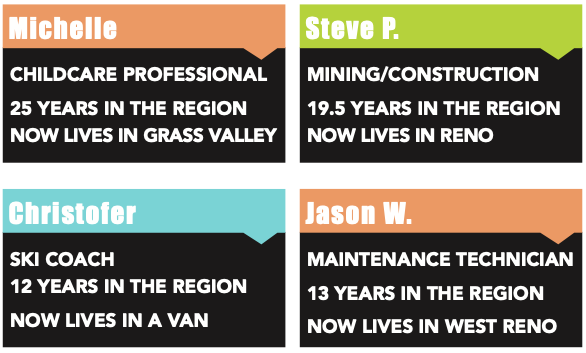 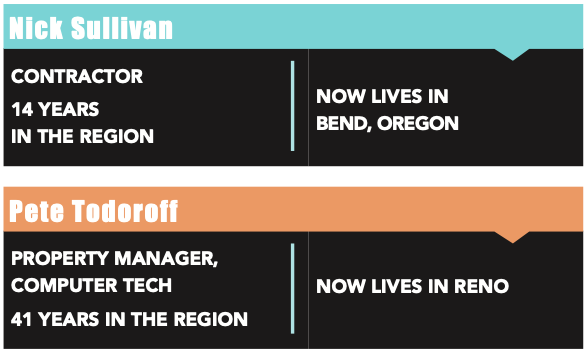 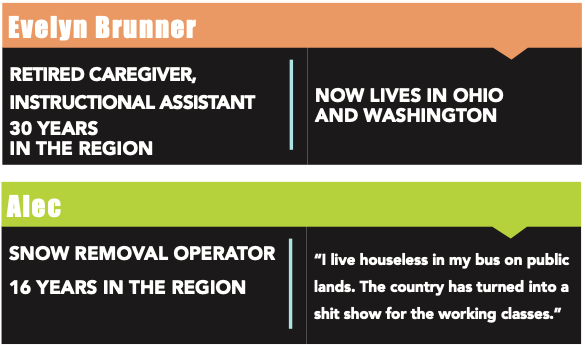 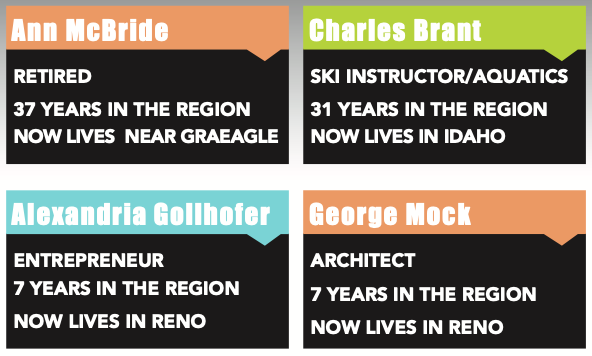 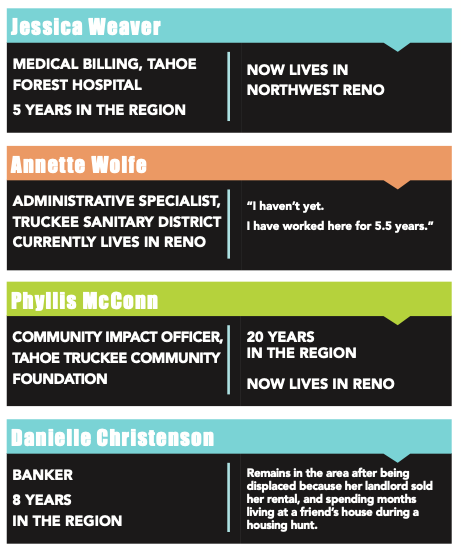