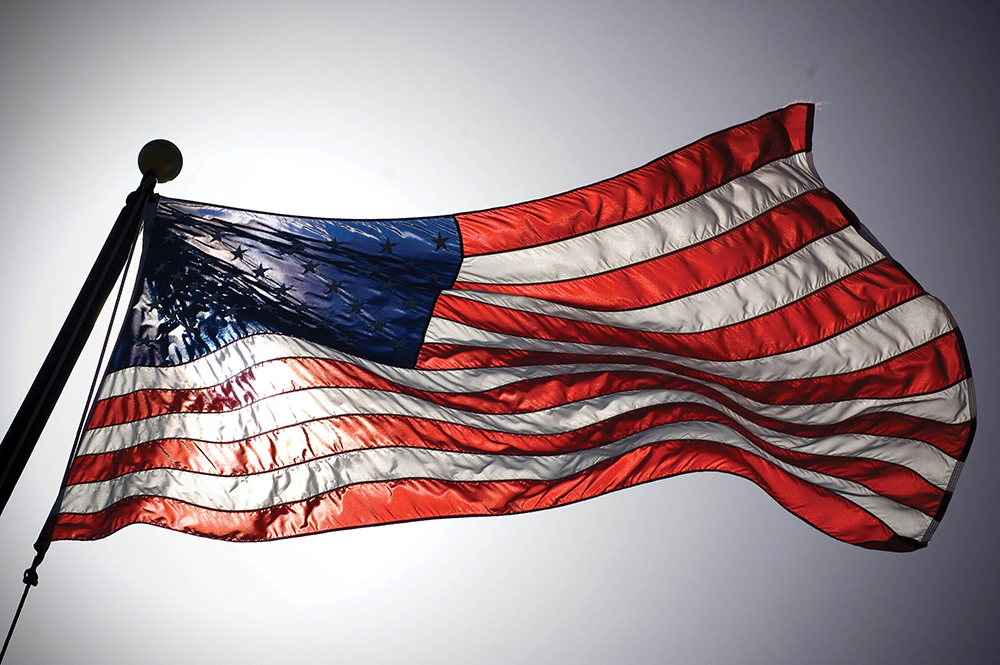 Editor’s note: This piece was originally published prior to the deadline for candidates to file. The list below has now been updated to include all candidates running.

Sept. 24: Changes were made to reflect the proper incumbents for the North Tahoe Public Utility District.

With everything else 2020 has had to offer, the General Election is still on. Following is a quick overview of what’s happening on a national, statewide, and local level. Think of it as CliffsNotes Lite — aka, please still do your homework!

Let’s get into it.

All Californians eligible to vote will receive a vote-by-mail ballot prior to the Nov. 3 election. This mail option is in addition to in-person voting locations. Nevada, too, plans to stick to the same vote-by-mail process used for the Primary Election, meaning those registered will receive a mail-in ballot, though a number of live voting locations will also exist. Finalized voter information guides will be available for both Nevada and California residents in the fall, listing out statewide propositions to be decided on in the voter booth.

Propositions to appear on the California ballot include increased funding for public schools K-12; allowing diversity as a consideration for employment, education, and contract decisions; and restoring the right to vote after a completed prison term.

In Nevada, proposed petitions include an increase in the Local School Support Tax, from 8.32% to 9.73%; a change to Nevada’s Primary Election process, allowing voters to select candidates from any party regardless of the voter’s affiliation; and prohibiting physicians from knowingly performing abortions on minors unless a parent/guardian is notified or a Nevada court authorizes the action.

But now, a deeper dive on a local level. First is a look at key races in the region, followed by important decisions facing local registered voters via ballot measures. A chart at the bottom shows electable positions and current candidates (as of press deadline) that will appear on North Tahoe/Truckee ballots for the 2020 General Election.

United States Congress, 4th District: Tom McClintock (R) has represented California’s 4th district in the U.S. House since 2009. During President Donald Drumpf’s tenure, McClintock has aligned his votes with Drumpf 87.9% of the time. In November, McClintock will go head-to-head against businesswoman Brynne Kennedy (D), whom he led in March’s Primary Election by roughly 30,000 votes (in total, 278,350 votes were cast for District 4 — 141,244 of which were for McClintock).

In a May survey performed by Lake Research Partners, the findings of which were published in late July, there was a “statistical dead heat in the race between” Kennedy and McClintock.

Both candidates have begun releasing ads for the November election. Key issues between the two include McClintock’s response to the COVID pandemic, which Kennedy has criticized; as well as healthcare and social security approaches. Kennedy’s campaign website, which includes a rundown of her priorities, is brynneforcongress.com.

In his response to his Primary Election victory, McClintock pointed to the 4th District as “a beacon of hope against the socialist policies that are destroying California and threatening our nation.” McClintock’s own campaign efforts can be tracked at tommcclintock.com.

Truckee/North Lake Tahoe: There are a number of elections throughout the region that will shake up what representation there currently is.

Three spots are up for grabs within the Town of Truckee’s council of five. Not only will the majority of seats be competed for, but those victorious will play a role in the planning of the 2040 general plan and climate change action plan, as well as guidance of a new town manager and police chief.

Notable topics revolving around the airport district include increased air traffic, noise issues, and a considerable amount of discretionary funds as part of its healthy budget.

The IVGID, Incline Village’s quasi-town government, recently confirmed the appointment of Indra Winquest as its general manager on July 1. The new board members will help guide Winquest in his position.

A candidate forum for those competing in the region will be televised live from the Truckee town council chambers Sept. 9 and 10 at 6 p.m. In light of the pandemic, only candidates will be allowed to attend. More information will be provided as the forum draws closer.

We teased a few state measures earlier and will focus on local actions below. To review statewide propositions for California, visit sos.ca.gov/elections/election-2020; for Nevada, see nvsos.gov/sos/elections/initiatives-referenda/2020-petitions.

Increasing Truckee’s TOT
On June 23, Truckee’s town council voted to place an option to increase the transient occupancy tax, aka hotel tax, by 2% on the November ballot. The proposed measure won’t raise taxes for residents, but for overnight hotel and short-term rental guests. Approximately $700,000 would come from this measure annually.

If approved by voters, the amassed funds will go toward workforce housing, wildfire preparation, and open space protection. More information on the potential funding is found at townoftruckee.com/government/town-manager/measure-k.

This measure is the only Nevada County ballot measure affecting Truckee/North Tahoe residents.

Changing up the charter
Placer County’s charter, established in 1980, functions similarly to a constitution — it guides the organization and duties of elected and appointed officials. The current board of supervisors adopted and placed four changes on the November ballot. The updates, listed below, were suggested by a charter review committee.

1. All county elected officials must reside in Placer County, not just the supervisors, as is currently allowed. As of now, elected officers are required by law to be registered county voters at the time of appointment, but continued residency after that point is not mandatory.

2. The county’s civil service commission’s administrative and hearing duties would be split, with the admin duties moving to the human resources department. This change would pull technical and routine responsibilities and narrow the commission’s focus to resolving grievances and other personnel hearings.

3. Board supervisors need not approve appointments of nonelected department heads by the county executive officer.

4. Outdated procurement bid thresholds no longer consistent with state law will be stricken.

Each proposed measure simply requires a majority of the vote to pass. A full breakdown of these proposed changes, as reported by the charter review committee, can be found at placer.ca.gov/DocumentCenter/View/44540/06A.

There are nine additional measures for Placer County residents residing in Roseville and one for Auburn. A complete list of submitted measures can be found at placerelections.com/current-elections, under press releases and election notices, then notice of election.

El Dorado’s N, P, Q, R, S
El Dorado County has, to date, five measures on its November ballot, most of which revolve around upping special taxes. One, for example, in the city of South Lake Tahoe looks to establish a 1-cent sales tax to maintain a number of city services in the city. The others take place in El Dorado Hills, Cameron Park, and Placerville. The last measure is countywide and looks at the process of appointing a city treasurer.

Washoe County
The Reno, Sparks, and greater Truckee Meadows area will know which measures are to appear on the Washoe County ballot once the deadline date has passed, to happen the second week of August, after publication date.