Home Columns In the Past Gray’s Effect 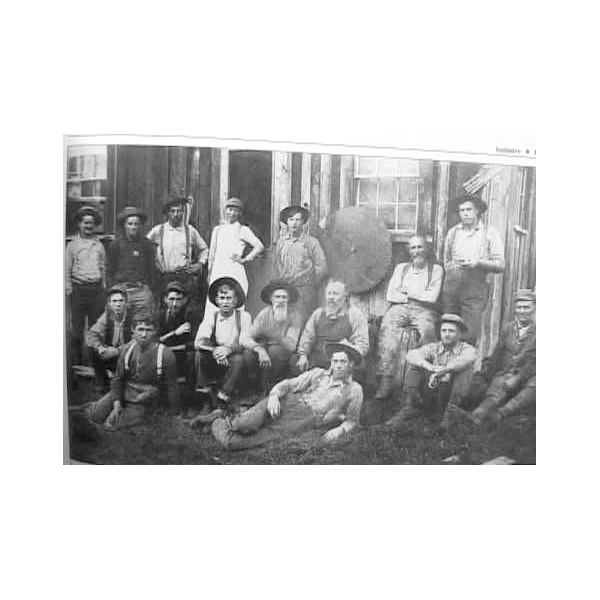 The fact that Joseph Gray grew restless with his life in Pennsylvania and decided to head west is something all Truckee residents can be glad about, as he is arguably the town’s founder. Gray, who ended up in the Sierra Nevada in the 1850s, established a firm foundation for Truckee that was rooted in his own savvy, empathy, and generosity.

The story of Gray is well documented through articles and snip-its written in the early pages of the local newspaper the Truckee Republican. More recently, pieces of his life have been re-told in articles written by Guy Coates and books including Chinese in the Woods; Logging and Lumbering in the American West written by Sue Fawn Chung and published in 2015, and Driven Out: The Forgotten War against Chinese Americans, written by Jean Pfaelzer and published in 2008.

Time and time again, Gray proved himself to be a fiercely smart entrepreneur and businessman, and a compassionate citizen. Some of his quandaries, including the debate about illegal immigrants, are still in dispute today.

Gray’s western journey had a stop in Texas before he reached Sacramento Valley. There, he eventually owned and managed a station house and inn that provided travelers with food and supplies and a place to hang their hats. Gray’s business plan shifted as he set his sights on the area that was to become Truckee. Gray had learned of a proposed transcontinental railroad route that would cut through Donner Pass and into the valley below. The Pennsylvania native recognized Truckee as a place ripe for a station, and he wanted not just a piece but the whole pie. He purchased 640 acres in Truckee for $200. Gray and his family were soon settled into a cabin he built near the Truckee River on land that would later become downtown Truckee.

Gray’s Station flourished, providing cowboys and travelers with everything they needed along their journeys. Gray joined forces with George Schaffer, a German immigrant with a background in carpentry. Schaffer would soon become a staple in Truckee society because of business investments he made in the Comstock Lode. The men partnered to create Truckee’s first sawmill — a resource that would provide lumber to the Central Pacific Railroad.

Along with the excitement about the proposed transcontinental railroad came the hard work of building it. The developers recruited masses of workers from China and tasked them with the rough and arduous undertaking. By 1865, there were 3,000 Chinese men laboring to construct the Central Pacific Railroad, and a good amount of those men were stationed on Donner Summit, according to the Donner Summit Historical Society.

Gray recognized the importance of a solid workforce and hired Chinese men to work at the mill. He eventually sold his shares of the lumber mill and began to contract Chinese men to cut wood for the growing town’s needs. Truckee’s labor workforce in 1886 was 69 percent Chinese, according to Chinese in the Woods; Logging and Lumbering in the American West. And out of the 295 Chinese living in Truckee as recorded in the 1880 census, 136 were employed as woodcutters. At the time, labor was in high demand, and the little western town was booming with prosperity.

Gray was not only financially tied to Truckee; he also was a leading community member. His kids went to school in town and his wife helped him with the business. He was referred to around town as “Uncle Joe.”

But as business slowed and the construction of the railroad neared completion, many Truckee residents wanted to see the Chinese workforce leave town. Even Gray could not diffuse the growing unrest, which materialized as anti-Chinese sentiment.

Vigilante groups formed and tried to run the Chinese out. “The Truckee Method,” designed by newspaper publisher and town figurehead Charles McGlashan, successfully created an atmosphere of public shaming, and encouraged a boycott of any business that employed Chinese men, according to Driven Out: The Forgotten War Against Chinese Americans. Gray felt the hit to his business, but he did not join the vigilante groups. He was part of a contingent of people in town who did not oppose the Chinese, yet this group received little media coverage. Instead, the vigilantes garnered all the attention.

Tempers flared and the vigilantes became bolder in their actions. In 1876 in the dark of night, the Truckee Caucasian League set fire to two cabins near Trout Creek that were full of Chinese men who were Gray’s employees. As the sleeping men felt the heat of the burning building around them, they scrambled out into the darkness and were met by gunfire. Many were badly wounded. The men hid under the cover of night. At dawn, when their attackers had dissolved, they rushed to Gray’s house; he summoned the town doctor right away. But it was too late for one man, Ah Ling. A bullet to his abdomen proved to be his match, and he died that day.

The cold-blooded event became Truckee’s most highly publicized crime and shook the town, according to Driven Out: The Forgotten War against Chinese Americans. As for Gray, he said enough was enough and moved his family to Sacramento. Even after all he had done to help build the town and its community, Gray couldn’t abide by the horrible acts toward the Chinese in Truckee. It was a loss to the town, but right in line with Gray’s custom of letting his moral compass be his guide.