Home Columns In the Past From Schoolhouse to Arts Center 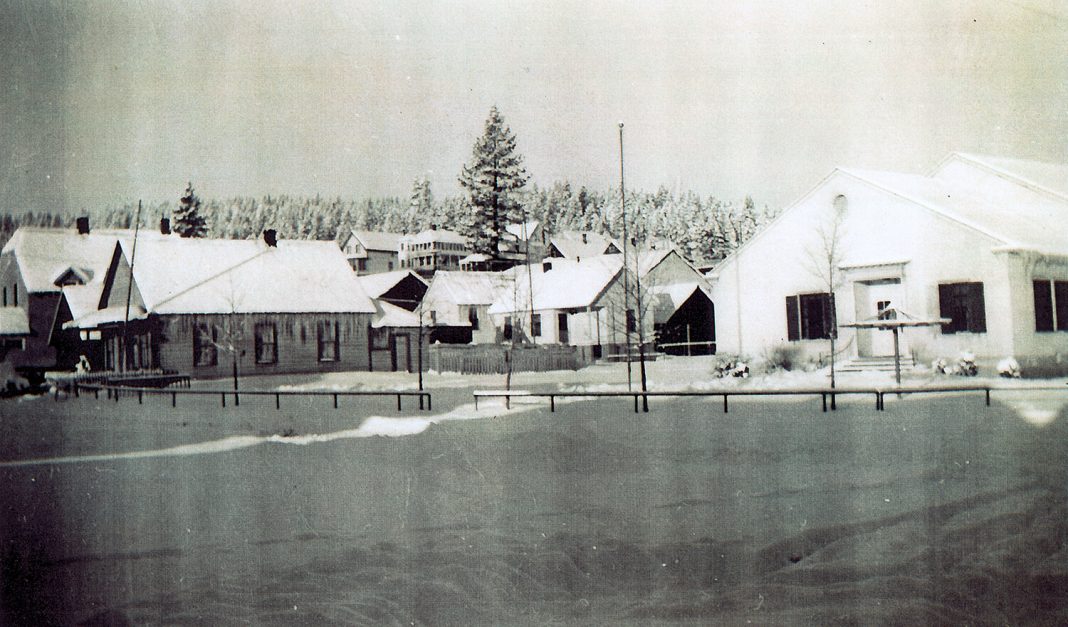 As the site for community plays and events, the Community Arts Center in Truckee is currently getting a makeover. The 78-year-old building, which has served many purposes, started life as an elementary school for Truckee students.

In 1936, requests for bids went out to build a new school to replace the original facility.  According to an article in the Reno Gazette-Journal, only two companies bid on the project; the first bid was $44,000, which was $8,000 over the bond amount, and the second company forgot to sign the paperwork. Eventually, a San Francisco company was hired for the job. But there were more problems in store for the building. Ray E. Powell, 50, fell of the roof while demolishing the old school and died. He is buried in the Truckee Cemetery. After that tragic accident, another worker, Howard Burnham, fell 20 feet and was found unconscious but with no broken bones.

During construction of the current building, the students were moved from the Church Street location to a nearby cottage. Later that year the new Truckee Grammar School was complete, and by the late 1940s the Tahoe Truckee Unified School District was formed, according to the Truckee Donner Historical Society.

The school’s classrooms each held three grades, with each grade having about five students. Sharon Anderson, who graduated from Truckee Grammar school in 1951, recalls never having a snow day.

“One of my teachers lived in Boca, and she never missed school,” Anderson said. “My teacher would take the work train to Truckee if she had to.”

In 1955, seventh and eighth graders in the grammar school were moved to Meadow Lake High School, located on High Street. The land for Truckee Elementary was also purchased at this time.

In the early 1970s, Truckee Donner Recreation & Park District bought the building, which served as the town’s recreation center until the new Truckee Community Recreation Center opened in 2009. It is unclear what occupied the building after Truckee Elementary was built and before it was bought by TDRPD; some long-time residents recollect it was used as an overflow school.

From Schoolhouse to Arts Center
12:00 am