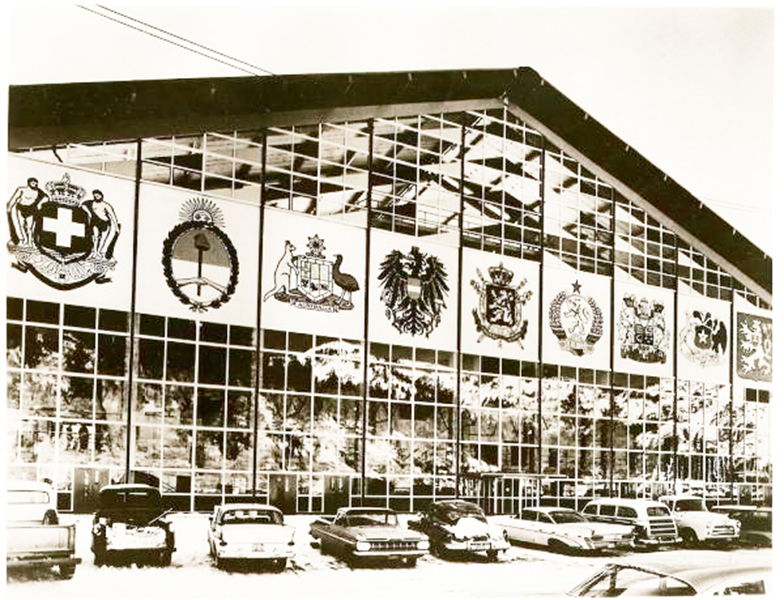 The 1960 Winter Olympics in Squaw Valley put California on the map for winter sports, and was the start of a year-round tourism economy for Tahoe. Before the Olympic Games, Squaw Valley was an undeveloped mountain valley occupied only by Alex Cushing and the Poulsen family. With the Games came a plethora of infrastructure to the area, which has had a far-reaching effect not only on Squaw, but on the entire Lake Tahoe region as well.

Cushing pushed to have the Olympics staged at Squaw Valley despite the lack of facilities in and outside the valley. In the mid-1950s, when Cushing made his bid to the International Olympic Committee (IOC), Squaw consisted of a chair lift, two rope tows, a 50-room lodge, and a dirt road, according to local author David Antonucci.

“Clearly unable to compete with the European candidates in terms of facilities, Cushing chose to make the valley’s unspoiled environment his selling point. He would offer the IOC an ideal Olympic venue built from the ground up,” according to “The Encyclopedia of the Olympic Modern Movement.”

Squaw was awarded the Olympic bid in 1955, and the California Olympic Commission was created to coordinate development in Squaw Valley. “By the time the Games were staged, it was a throbbing ‘city,’” as reported in the “VIII Olympic Winter Games Squaw Valley, California 1960 Final Report.” The “city” consisted of the 8,500-seat Blyth Memorial Ice Arena, a 400-meter speed skating oval, three outside rinks, four athlete dorms, the Athletes’ Center, a reception building, and a complete underground sewage system, including a sewage pumping station and sewage disposal plant. An Olympic Village with a dining room was also constructed to feed and house athletes, a first for the Winter Games. Additionally, there was a complete overhead electrical system, a complete water system, a maintenance building, several Quonset huts (prefabricated structures), timing buildings, and other small structures. The Olympic Valley Post Office, the Squaw Valley Sheriff’s Office, and Truckee Tahoe Medical Group were also created during this time.

In addition to development within the valley, there were several infrastructure projects created in Lake Tahoe and Truckee for the Olympics. The completion of Interstate 80 in California to Truckee was set on the fast track (although it wasn’t completed until 1963), the widening of Highway 89 from Squaw Valley to Truckee was finished, as was the improvement of West River Street to old Highway 40 (now Donner Pass Road). The Reno airport expanded, and several mom and pop shops in Tahoe City and the South Shore sprung up to take advantage of the Games.

“I’ve always believed Tahoe would have grown anyway without the Olympics,” Antonucci said. “If anything, the Olympics accelerated that growth.”