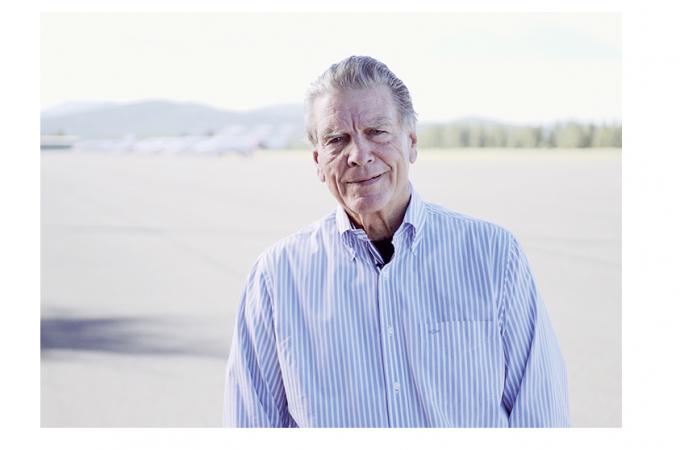 … In the wake of the board discussion about his donations, the blowback has been personal for Wilkinson, who said his family began receiving attacks from members of the community shortly after. The comments ranged from expressed contempt for his children attending school locally to one misguided tirade that asserted his company pollutes the Truckee River by making shoes. In spite of the name, however, Trailrunner International is a public relations firm, not a shoe manufacturer.

“My donations were 100 percent legal and fully disclosed,” Wilkinson said. “Local politics sucks. What it amounts to is taking your family up on a dunking booth and handing out baseballs all over town.”

Wallace said she is aware of the personal attacks against Wilkinson and his family, and she deeply regrets that the discussion in October may have triggered those reactions.

“We are a small town and for members of our community to attack Jim Wilkinson and his family, I think that is uncalled for and was not part of my intention,” Wallace said.

In a culmination of the October airport discussion, the board directed staff to research potential policies regarding the disclosure and restriction of campaign donations and report back on Nov. 28 to make proposals. Legal counsel Brent Collinson said the board would then vote on the issue by January 2019.

“It’s difficult to impose contribution limits, but not impossible, but I don’t think that’s where the board is headed,” Collinson told Moonshine Ink, regarding what kind of policies could be put in place. He said the proposals will most likely center around a look at the First Amendment and Citizens United Supreme Court ruling regarding disclosure of donations.

Editor’s note: Since the story was published, two board directors have published comments, see Reader’s Reflect, expressing regret for personal attacks that Jim Wilkinson received after the board meeting during which the directors addressed the topic covered in this story.

Correction: It was originally reported that there were two winners for the North Tahoe Fire Protection District, when the election was only for one seat. Heidi Doyle won that seat. Moonshine Ink regrets the error.