Home Sections News Do You Have to Berm Me In? 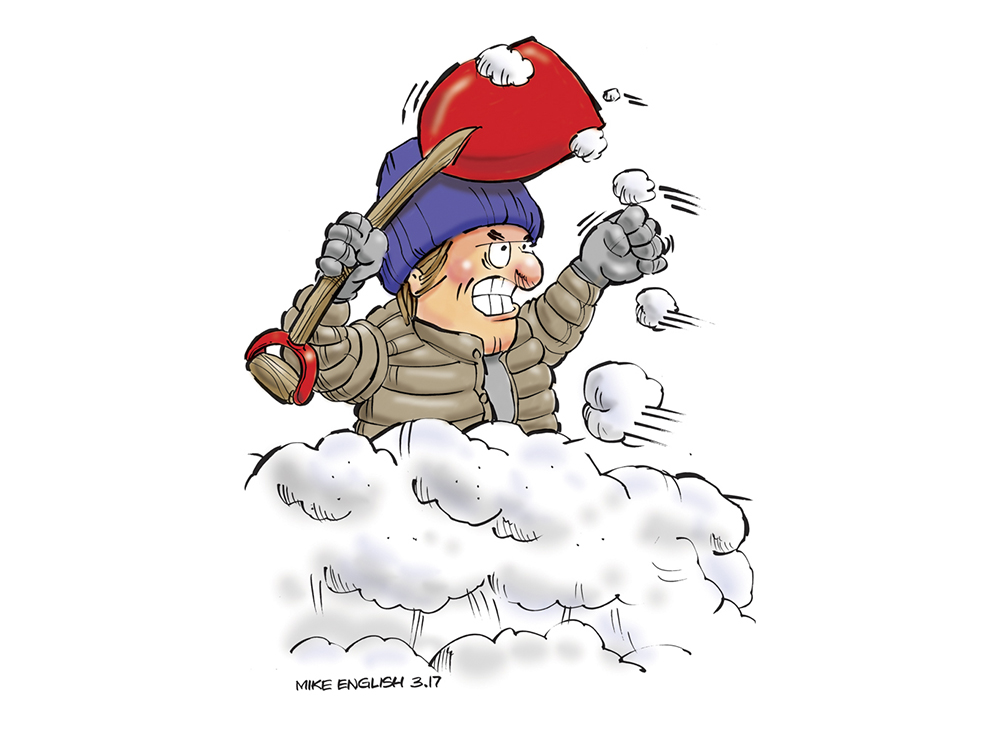 This month, the Ink introduces a new platform for its readers to ask burning questions about how things work in the community, and then we track down the answers with the powers that be.

This month’s question: What is the possibility of Placer County and/or the Town of Truckee getting plows that have the extra blade so they don’t have to create a berm every time they go by our driveways? What would the cost be?

Plow gates were said to:

• Become ineffective in snow depths greater than 4 to 6 inches

• Be less effective in heavy, wet snow — such as “Sierra cement”

• Increase maintenance cost and down time

• Not eliminate berms causing increased complaints due to unrealistic expectations

Due to cost, effectiveness under most of Truckee’s snow removal conditions, negative effect on service, and the fact that plow gates only reduce berms, not eliminate them, Town staff strongly recommended against the implementation of plow gates at this time. The Town of Truckee is committed to keeping abreast of any changes in plow technology and will re-evaluate as new plowing options come available.

The county has one of the largest snow removal operations in the state, and in big storms, we use every resource at our disposal around the clock to keep the roads clear. Minimizing snow berms is something we always try to do, but even with snow berm gates, as they’re called, we can’t always avoid them.

We do, in fact, have snow berm gates on eight of our 10 motor graders, installed about a dozen years ago at a cost of about $6,000 a piece ($48,000 total). The gates are most effective when there is less than 6 inches of snow on the ground. As snow depth increases, their effectiveness diminishes and the gates do not work. We make the rounds as quickly as we can to help limit snow building up, but as a rule of thumb, even in the best conditions, the gates will reduce the height of a driveway berm by about one-half. The challenge has a lot to do with the amount of snow we get. Sioux Falls, S.D., for instance, uses them too, but gets on average 43 inches of snow a year — which we often see in the Sierra over the course of a single large storm.

Do You Have to Berm Me In?
Sports & Outdoors / Wellness