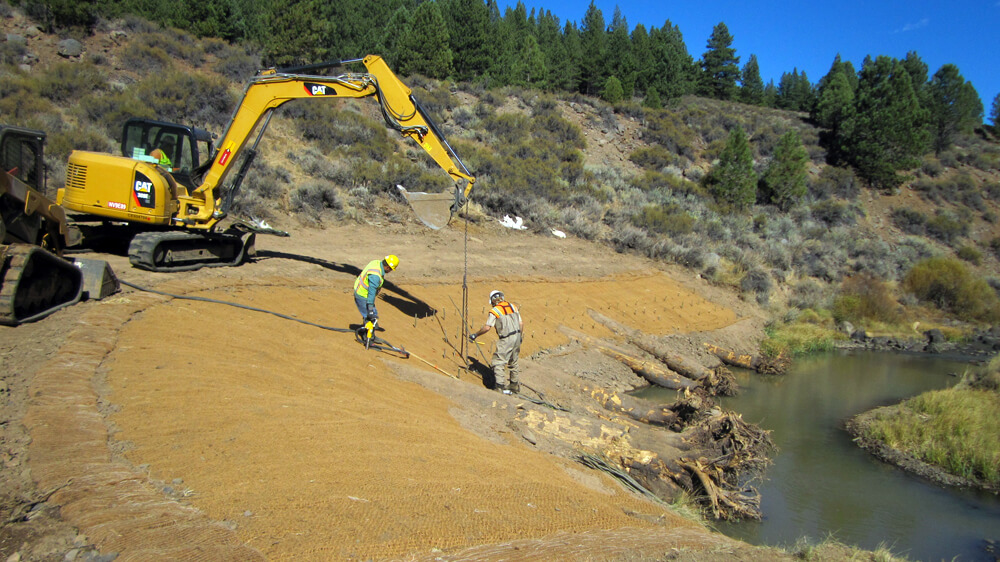 Restoring fish habitat is not only good for the environment and the fish, but it equates to big business for the local recreational industry. Two recent major fish habitat restoration projects, which cost hundreds of thousands of dollars, will ultimately bring back not only trout to the area — but the anglers who fish for them, which in turn will be a boon to the local economy.

Trout Unlimited, which strives to conserve, protect, and restore coldwater fisheries, completed a $500,000 in-stream restoration and fish habitat improvement to 1.3 miles of the Little Truckee River in September. An additional 1.7 miles received other in-stream habitat benefits as well. The work included placing more than 100 large trees and 250 large boulders in the river, and the excavation of backwater habitat to create new habitat that will benefit wild trout in all stages of their life.

The Little Truckee River Fish Habitat Improvement Project, which was conducted between the Stampede Dam and the mouth of the Little Truckee, received financial support from federal grants, fly fishing clubs, and individuals. David Lass, California field coordinator for Trout Unlimited, said the project “performed better than planned.” And fishermen are happy with the outcome, too.

“Early reports are that fish have moved back into the project area and a few have been hooked. It is expected that this will only improve with time as fish find newly created cover,” wrote Larry Heywood in the Truckee River Chapter Newsletter. “This section of the river is going to hold more fish, provide better fishing, and only get better with time.”

The Truckee River Watershed Council also spearheaded a $195,000 restoration project to improve fish habitat in Prosser Creek below Prosser Dam, which was the nonprofit’s largest in-stream project to date. The project, which had been in the planning stages since 2007, was funded by grants from the Tahoe Truckee Community Foundation, the National Forest Foundation, and San Francisco-based Bella Vista Foundation. The U.S. Forest Service and the California Department of Fish and Wildlife identified this area as lacking instream habitat complexity.

The Watershed Council partnered with The Nature Conservancy to place large trees and boulders in the creek, which provides food and shade for aquatic bugs, and pools for fish. While the last seeding was completed Oct. 6, volunteers during Truckee River Day on Oct. 18 (see p. 31) will finalize the project, which spans a mile and a half. While the council does a variety of river restoration projects, they say fish habitat is important for both the fish and the local economy.

AN ECONOMY BUILDER
Sport fishing is a multi-million dollar industry in the Reno/Tahoe area, according to Sam Sedillo, Sierra-Cascades field coordinator for Trout Unlimited. He said this figure is based on a number of factors, including buying fishing licenses, fishing guide expenses, purchasing bait and tackle equipment, restaurant stops, and lodging expenses, amongst others.

“Although the protection and restoration of sport fisheries is an important goal in and of itself, it has economic benefits as well,” said Richardson Anderson, publisher of California Fly Fisher and a Nevada County Supervisor. “Restoration projects are intended to improve fish habitat, and in so doing, improving the health and sustainability of sport fish.”

According to a report from the U.S. Fish and Wildlife Service, one out of every $100 of all goods and services produced in the United States in 2011 was due to hunting, fishing, and wildlife-associated recreation. The agency estimated that roughly 90 million citizens, or 38 percent of the U.S. population age 16 or older, spent an estimated $145 billion on wildlife activities in the U.S. that year. In 2011, anglers spent $41.8 billion.

Anderson, who has been fly fishing for more than three decades, said he personally donates “time, money, and sweat” to improve fish habitat.

Christman says the two communities consistently work together, although their goals may differ slightly.

“There’s a huge overlap,” Christman said of the angler and conservationist communities working on these projects. “It is important for our ecosystems and for our economy up here.”