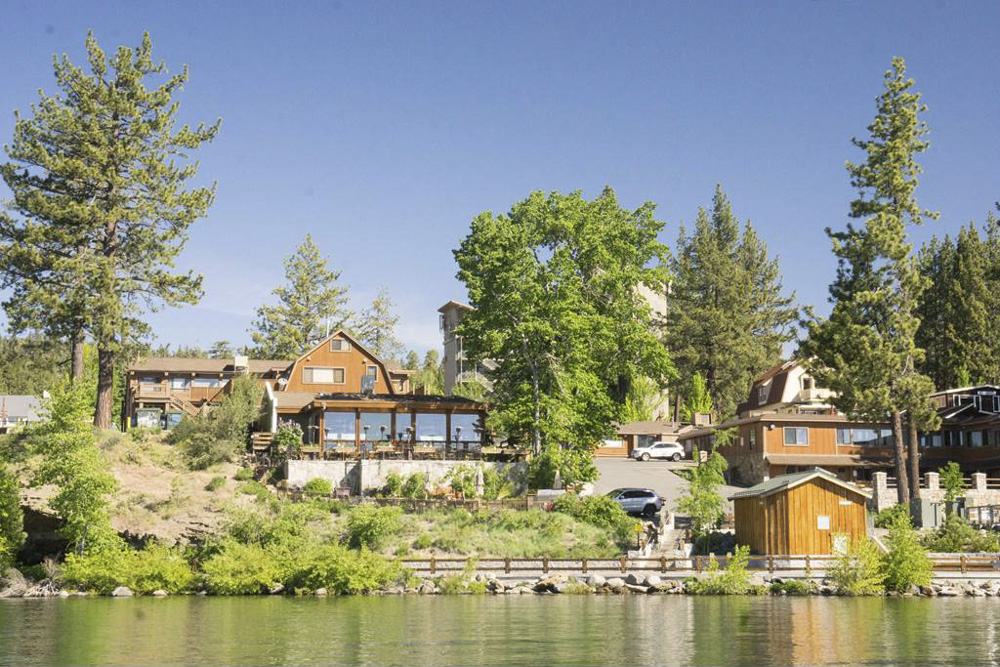 At 5:45 a.m. one morning in early June, Tahoe Vista resident Brent Thrams parked his truck in front of the grove of cottonwood trees near the entrance to Christy Hill restaurant in Tahoe City. Thrams, who was accompanied by two others, was not there to watch the sun rise over Lake Tahoe or take an early-morning jog on the bike path. He was there to protest.

A few minutes later, when an Arbor Care crew showed up to cut the dozen 50-foot cottonwood trees down, Thrams refused to move his truck.

“My intention is to not have you cut these trees down today,” he told the Arbor Care foreman. “I’m not moving.”

“These are the last of the grove of trees at the bottom of Grove Street that the street was named after,” said Thrams, a landscape architect. “Why are they cutting them down? It’s a pretty healthy looking grove.”

Thrams worries about the cultural and scenic impacts to Tahoe City if the trees are cut down, but others say that now that the trees have been deemed hazardous, the property owner has no choice but to remove them. This places the property owner in a precarious position — leave the trees standing and be liable if something bad happens, or cut the trees down and potentially damage the character of the town.

The story starts a year earlier, when Arbor Care was first asked to look at the trees on Grove Street where hundreds of people walk every day to reach the bike path or Commons Beach. Arborist James Piercy determined the trees needed to be pruned.

“Cottonwoods always have a risk because they are fast growing trees, and they tend to shed a lot of branches,” he said. “These didn’t look terrible to me, but some work should be done to them.”

A year later, Piercy heard from the Christy Hill property manager that she wanted the trees removed. At the owner’s request, a Tahoe Regional Planning Agency forester had come out to look at the trees and marked all the trees hazardous due to evidence of decline, decay, and leaning.

“The trees are sandwiched between the restaurant and the retaining wall, and there was concern about a severe lean on some of them,” said TRPA Spokesman Tom Lotshaw. “They had outgrown their spot. Cottonwoods are known for being brittle and dropping branches. There are cars and people there on the patio, and it’s where folks eat and walk down to the lake.”

TRPA Forester Bruce Barr estimates the trees are only 30 to 40 years old, and not part of the original old growth stand. He advised against thinning.

“Thinning could cause a bigger hazard or threat to the remaining stems because of the potential to blow down,” he said. “There is a distinct likelihood of failure, and the consequences of failure are pretty severe.”

But Thrames disagrees, and worries about the scenic impacts to Tahoe City if the trees are cut down.

“If you take those trees out you will see the [seven-story] Pepper Tree Inn [from the shoreline], it’s a big impact,” said Thrams, who has worked with the TRPA on scenic analysis and mitigation for decades. “It’s easy to cut down cottonwoods, they are so messy and brittle, but the impacts will be so significant.”

However, TRPA says that there is no permit on file for the site requiring vegetation, and that it does not enforce scenic impacts on one property that hide another property from view.

“From our perspective, if the Pepper Tree Inn is relying on trees on another property to shield its scenic impacts, is that the other property owner’s responsibility?” Lotshaw said.

Christy Hill owner Ed Coleman is also concerned about the cottonwoods being removed. He believes the trees add to the character of his restaurant.

“I don’t want to see the trees go away. It will absolutely blight the property,” he said. “The trees create setting, they are part of the history of Tahoe City. They should be thinned and pruned.”

“Now that the trees have been marked by the TRPA, if she doesn’t cut them down she is opening herself up to liability if something happens in the future,” Coleman said.

Arborist Piercy, who turned down the job after Thrams’ demonstration, also feels caught between a rock and a hard place.

“Pruning could open me up to liability; if something goes wrong, it’s on me,” he said. “But removing the trees creates problems with the character of the town. It’s a lose-lose situation for me to be the arborist there.”

The trees are still standing, but no one knows for how much longer. TRPA says it does not force property owners to cut down hazardous trees.

“I would love to see a second opinion, but no one wants to touch this one because you will get in the middle of a political storm,” Thrams said.

“If they are a danger to the public they should be taken down,” he said, “but I will mourn them coming down.”