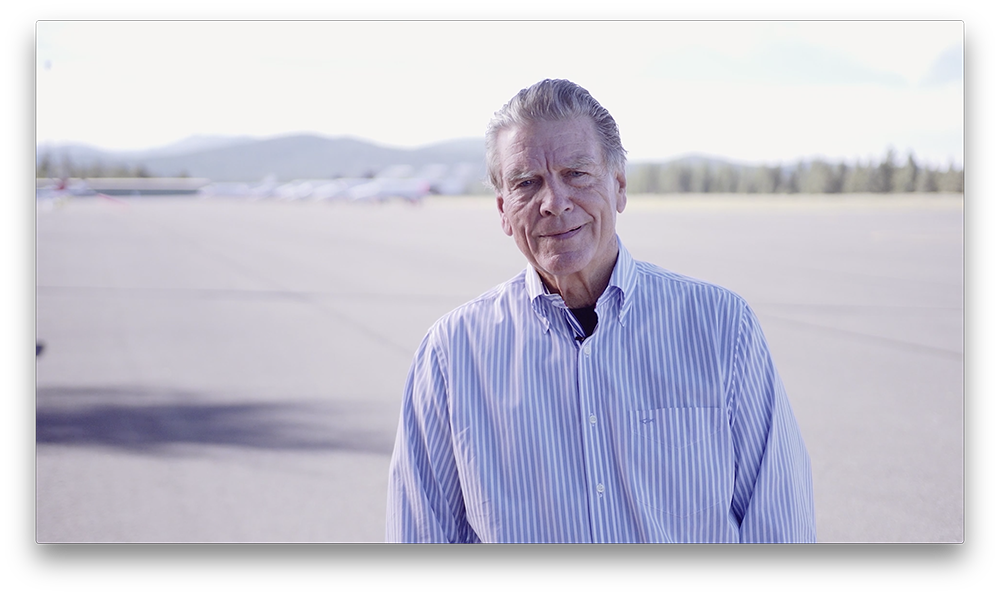 It’s been over two weeks since the election, but as of this writing there are a few local races that are still too close to call. For Truckee Town Council, David Polivy now leads Chelsea Walterscheid by a scant 20 votes; Jon Mon Pere leads incumbent Dan Kates by 44 votes for a seat on the Truckee-Donner Recreation and Park District board; and after originally falling behind incumbent John Jones for the second Truckee Tahoe Airport District seat in the first count, Mary Hetherington now has a tentative lead on Jones of 144 votes.

In terms of campaign fundraising, it is this last race that prominently stands out among the rest, as Jones and his running mate, Jim Morrison, collectively raised over $81,000 this year. Hetherington, and the two other challengers for the airport board, Joe Lorenz and Peter Foss Van Peborgh, have all raised less than $2,000 each. This kind of spending is not unprecedented, but it raised some eyebrows after entering the spotlight before the November election, triggering personal attacks on a large donor and sparking conversations about local campaign donation policies.

“I’m very nervous. I’m shaking a little bit. I’m very upset and unnerved that I feel I need to bring this up,” said airport district board member Lisa Wallace, prefacing the Oct. 24 meeting. The topic of her concern regarded a specific pair of campaign donations to the incumbent candidates for the airport board, Jones and Morrison.

The two donations totaled $14,600, the largest amount contributed locally by any individual this election cycle, and both occurred within days of an August board decision involving the contributor Jim Wilkinson, owner of Trailrunner International and Mountain Lion Aviation.

The decision in question wasn’t groundbreaking or especially decisive; it was a perfunctory decision involving a possible plan to build a hangar on the airport with the intended tenant being Mountain Lion Aviation. On Aug. 15 Wilkinson sent an email to airport general manager Kevin Smith agreeing on the terms of a lease for Hangar 2 that Mountain Lion had been awarded through an RFP process a year earlier. A previous hangar that Wilkinson had also been awarded the bid to occupy collapsed in January 2017 due to snow load, and this new hangar was the intended replacement.

Three days after the email the Jones/Morrison committee received a $7,300 donation from Wilkinson. On Aug. 22 the board voted unanimously to move forward on the Hangar 2 building design and pro forma, and five days later the committee received a second donation, also for $7,300. Wilkinson said his support for Jones and Morrison is due to his belief that “their vision for the airport on noise, on safety, and on protecting our environment is exactly what our community needs.”

“[The August board decision] was basically a rubber stamp of staff’s recommendation, which is why you had a 5-0 vote, and which is why the appearance of any impropriety was so far below any of our radar that when this was brought up at the October board meeting I had no idea,” Jones told Moonshine Ink. He also questioned Wallace’s motives for bringing up the subject, stating to her during the meeting, “given that you are supporting one of the other candidates it’s kind of [disingenuous] of you to bring this up, frankly.”

Wallace said in an interview with Moonshine Ink that Jones’s reference to her endorsement of Hetherington was the first she thought of the issue in the context of the board discussion.

Wallace stated she does not believe anything illegal occurred in the meeting, a fact backed up by district counsel Brent Collinson, but wondered if there should be policy in place guiding board members to disclose donations that might give the appearance of conflict.

After reaching out to every local special district, Moonshine Ink found that none have a policy similar to what was discussed by Wallace and the other board members. According to California’s Fair Political Practices Commission (FPPC), “A local jurisdiction may enact a campaign ordinance that provides for additional or different campaign requirements for committees active exclusively in its jurisdiction as long as the provisions are stricter than those in the Act.” In spite of this allowance, however, only two out of the approximately 2,300 special districts in the state of California have implemented such a policy.

Steven Poncelet, public information officer at the Truckee Donner Public Utility District, said the airport issue has started conversation at many of the local districts, but he believes the political regulations may be better left to the state. The TDPUD refers almost exclusively to the rules of FPPC, as do the rest of the local special districts.

“Now you have an agency dabbling in politics … and I don’t know if that’s the best place for it to be,” Poncelet said.

In spite of California closely capping and regulating most state races, the FPPC requirements of special district candidates are relatively sparse. All candidates in Nevada and Placer counties are required to file detailed contribution reports with the county only if the amount raised and spent totals more than $2,000. There is no cap or limit to donation amounts in either county, any of the special districts, or the Town of Truckee. For many, this has never been an issue.

“We’ve never implemented a limit, and to be honest, we’ve never had to,” said Judy Price, Truckee town clerk. Council candidates’ contributions ranged from $2,843 raised by Suzie Tarnay, to $8,512 by Anna Klovstad. Price said that the town council campaign totals from this year’s candidates were the most she’s ever seen spent, likely a result of the added competition of having seven contenders. Truckee Sanitary District General Manager Blake Tresan echoed Price’s comment and said the idea of capping donations has never been a factor for the district, especially considering it has only had a couple contested elections over the last few decades.

There have been the outliers throughout the years, however. Jones and Morrison collectively raised $81,600 this year. In comparison, the next highest amount raised by a special district committee was $3,175 by Alex Mourelatos for the North Tahoe Public Utility District board. In 2016, airport director Rick Stephens raised over $74,000 for his campaign, the majority out of his own pocket, and Tahoe Forest Hospital District Director Randy Hill raised $42,550 that same year.

What was this money spent on? For Jones and Morrison, of the $81,600 raised by the campaign, to date $50,472 has been used for marketing, advertising, public relations, branding, website, and exposure by East River Public Relations; the next highest expenditure reported was $771 for print advertising in Moonshine Ink; and finally, $700 for signage. Leftover funds become known as “surplus” funds 90 days after the election in California and may be used for purposes such as payments of outstanding campaign debts, contributor refunds, and charitable donations, but not use in a future election.

In the wake of the board discussion about his donations, the blowback has been personal for Wilkinson, who said his family began receiving attacks from members of the community shortly after. The comments ranged from expressed contempt for his children attending school locally to one misguided tirade asserted his company pollutes the Truckee River by making shoes. In spite of the name, however, Trailrunner International is a public relations firm, not a shoe manufacturer.

“My donations were 100 percent legal and fully disclosed,” Wilkinson said. “Local politics sucks. What it amounts to is taking your family up on a dunking booth and handing out baseballs all over town.”

Wallace said she is aware of the personal attacks against Wilkinson and his family, and she deeply regrets that the discussion in October may have triggered those reactions.

“We are a small town and for members of our community to attack Jim Wilkinson and his family, I think that is uncalled for and was not part of my intention,” Wallace said.

In a culmination of the October airport discussion, the board directed staff to research potential policies regarding the disclosure and restriction of campaign donations and report back on Nov. 28 to make proposals. Legal counsel Brent Collinson said the board would then vote on the issue by January 2019.

“It’s difficult to impose contribution limits, but not impossible, but I don’t think that’s where the board is headed,” Collinson told Moonshine Ink, regarding what kind of policies could be put in place. He said the proposals will most likely center around a look at the First Amendment and Citizens United Supreme Court ruling regarding disclosure of donations.