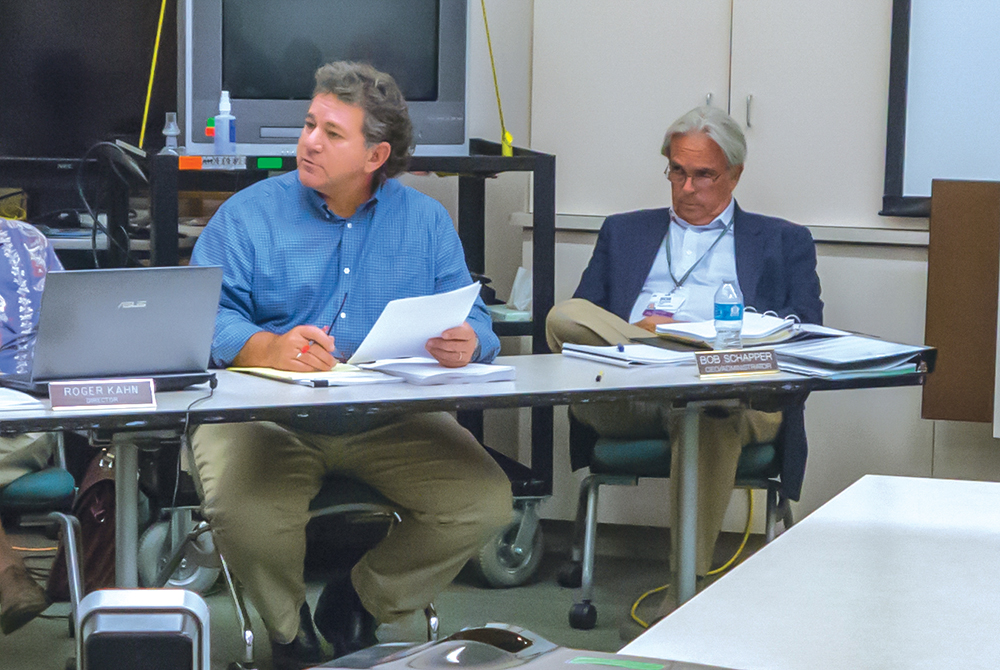 Newell launched his investigation following the July 2014 publication of a Moonshine Ink article titled New Revelations that investigated the ties between Bob Schapper’s leadership of the public hospital and his wife’s decade-long employment and contractual relationship with the organization.

The article and Newell’s investigation focused on whether Schapper violated a California conflict of interest law related to public contracts. The law, California Code 1090, makes it illegal for public officials to influence a contract that he or she has a financial interest in.

Moonshine first raised the issue in a 2012 article titled Tahoe Forest Under the Microscope, but a more thorough investigation in the 2014 article found direct ties between Bob Schapper and his wife’s company Medical Practice Solutions, which received nearly $1 million over seven years in contracts from the hospital district. Bob Schapper was listed as the company’s chief financial officer in 2003 and 2013, and claimed to be joint owner of the company in 2000, according to an extensive review of public records by Moonshine. The simultaneous employment of Bob Schapper as CEO and Marsha Schapper as director of the multi-specialty clinics (she was hired to this full-time position in 2010) also raised questions about whether Bob Schapper had influence over his wife’s employment contract.

Over the course of the investigation, the district attorney’s office compiled a report that fills five binders and totals more than 1,000 pages, according to Newell. Investigators also served a search warrant on Steve Gross, the former legal counsel of Tahoe Forest Hospital.

Newell said that his office decided not to file charges because Bob and Marsha Schapper had no prior criminal history, a conviction in the case would have likely only resulted in a fine, and the hospital had taken steps to correct the issues that his office investigated. While a willful violation of California Code 1090 is a felony, an inadvertent violation of the law is a misdemeanor, he said.

“It was not a valid use of my resources or in the best interest of the constituents in Truckee to be involved in a long drawn-out 1090 trial,” Newell said in an interview with Moonshine. “The ultimate goal was to see that it was not happening anymore and I think we have achieved that.”

None of the investigation materials will be made public, Newell said, citing an exemption for investigations in the California Public Records Act.

Even without any charges being filed in the 1090 case, the Moonshine article and the district attorney’s investigation were the beginning of deep changes at Tahoe Forest Hospital.

Marsha Schapper’s employment was terminated in May 2014, during the reporting that led to Moonshine’s New Revelations article. In January 2015, the hospital board decided to not renew Bob Schapper’s contract.

Two new board members, Greg Jellinek and Charles Zipkin, were elected to the hospital’s board in November 2014, replacing Roger Kahn and former CEO Larry Long.

In August, after a thorough review of the hospital’s contracting and compliance procedures, the hospital self-reported potential Stark Law violations to the Centers for Medicare and Medicaid. A review of previous contracts revealed that some had not been executed correctly and one was found to not meet the “fair market value” and “commercially reasonable” requirements.

Despite the leadership turmoil, Tahoe Forest Hospital has continued to be recognized for excellent medical care on a national level. In January, the Women and Family Center received the Women’s Choice Award for America’s Best Hospital for Obstetrics for the second year.

The Gene Upshaw Memorial Cancer Center received a Commission on Cancer Accreditation, and the Incline Village Community Hospital was awarded the 2015 Guardian of Excellence Award by Press Ganey Associates.