Home Columns In the Past California’s Best Whip 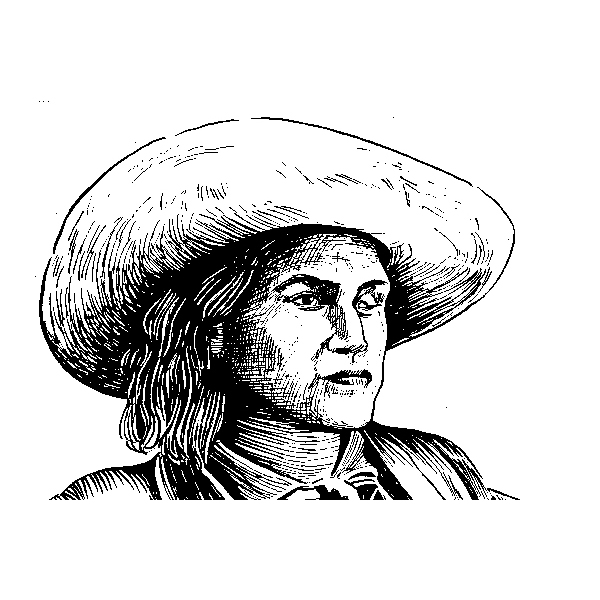 Tahoe saw many characters throughout the years, including Captain Dick and Mark Twain, but perhaps none like Charley Parkhurst — the tobacco-lovin’, crack-whippin’, stagecoach drivin’ New Englander who came West for gold and stayed to work on the Comstock Lode.

But what makes Parkhurst so unique was not his one eye or that he killed a bandit, but that the stocky stagecoach driver was actually a woman. Parkhurst, born Charlotte Parkhurst, masqueraded as a man for much of her life. It was not until her death in 1879 that she was discovered to be a woman.

Parkhurst was born in 1812 in Vermont and ran away from an orphanage dressed as a boy at age 12. She found she could get work if she remained in drag, so she took the name Charles and found a stable job in Massachusetts, learning how to care for horses and drive a team. She accepted a stagecoach job in California in 1850 and headed West.

“In the 1860s, Charley drove the stage from Tahoe to Placerville and Sacramento, from Stockton to Mariposa, and from San Jose to Oakland,” according to Trailblazing Tahoe Women, a Comix book by Kim Wyatt and illustrated by Jared Manninen (see story, here). “Everyone agreed he was a skillful driver, and a gentleman to boot.”

Parkhurst became a well-known stagecoach driver and finally settled in Watsonville, becoming a farmer and raising chickens. She is buried in the Pioneer Cemetery in Watsonville and several books have been written about her life.

Because she passed as a man, she was able to vote. It is believed that the first ballot by a woman in a presidential election was cast in 1868 by Parkhurst.

“A member of the all male Independent Order of Odd Fellows, Charley was the only woman known to have voted in California during the 1868 federal election, fifty-two years before women won the right to vote,” according to a plaque in Soquel, Calif.