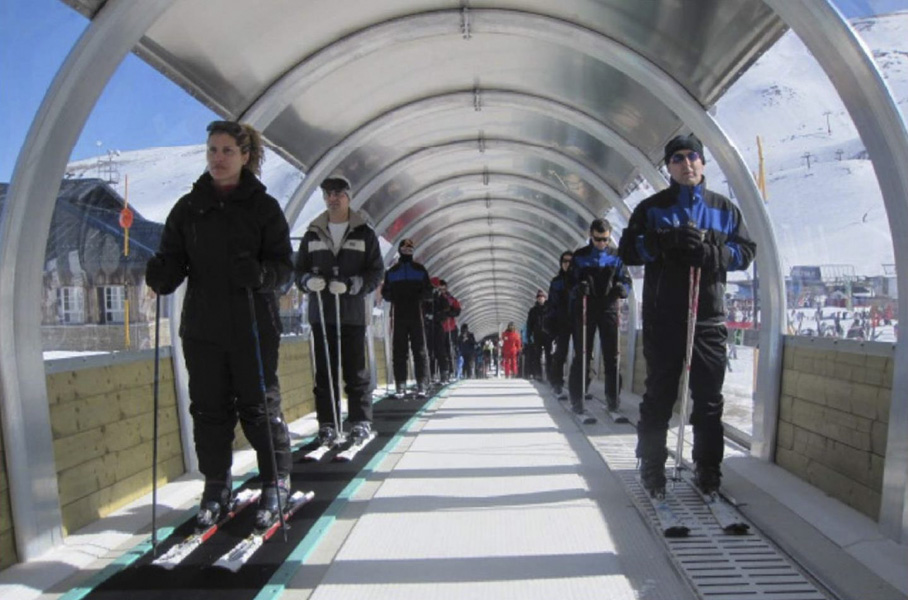 Squaw Valley Ski Holdings, LLC has applied for a permit to install a Timberline Twister between the Far East and Red Dog chairlifts. The bobsled-like ride, which takes riders downhill under the force of gravity, would have a maximum capacity of 350 to 400 riders per hour and would operate during the ski season and summer. Squaw Valley Ski Holdings expects 88,080 rides annually. The ski resort originally proposed the ride in 2012 but scrapped its plans the following year. The Timberline Twister would be the second mountain roller coaster in Tahoe; Heavenly Mountain Resort opened the Ridge Rider Mountain Coaster in June 2016. Alpine roller coasters have been built at ski resorts across the nation, including Park City, Cranmore Mountain, Okemo Mountain Resort, and Breckenridge. Info: squawalpine.com

bigtruck Sues We the Trees

In August, bigtruck Brand Inc. filed a lawsuit in California’s Eastern District Court against We the Trees and its owner, Kelsen Thompson. Thompson and bigtruck CEO Galen Gifford were partners at bigtruck until 2015, when they parted ways. The lawsuit argues that We the Trees misappropriated bigtruck’s trade secrets. It also claims unfair competition, trademark infringement, and that Thompson breached his contract with bigtruck and disparaged Gifford. Specifically, the lawsuit argues that the location of the We the Trees’ patch is similar to bigtruck’s, among other issues. ~ MS

The Market Formally Known as PDQ

PDQ Market, an institution on the West Shore, is undergoing a change in management after QuickTrip Corporation, an Oklahoma-based chain of convenience stores, bought the Wisconsin-based PDQ market chain last month. Being the only PDQ store in California, QuickTrip did not see a benefit in continuing to lease the building, and on Sept. 7 QuickTrip ended its control of the market and management shifted to the building owners, the Hiller family. PDQ closed on Sept. 8 but will reopen under new management.

Steven Hiller, who eventually plans to bring in another third-party retailer, assured that the market would remain in business but that the building needs to be brought up to code. According to Hiller, the building was grandfathered in when it comes to building regulations, but with new management the convenience store is forced to meet code, which means renovations will be required. ~ AG

Whitecaps Pizza and Mountain Slice Cafe and Creamery opened in Tahoe this summer. Whitecaps Pizza, located in the building that once housed Steamers Beach Side Bar and Oven in Kings Beach, opened on July 20. The restaurant is owned by Bryant LaFerriere and his wife, Lanay. LaFerriere was the original owner of Steamers, which he sold in 2001. He continued to own the building, and did not renew Steamers’ lease in September 2016. (Steamers is in the process of moving to a new location down the street.) Whitecaps is open daily and offers pizza, sandwiches, appetizers, salads, a full bar, and an extensive wine list.

Mt. Rose Ski Tahoe invested over $2 million in capital improvements this summer that includes MAGIC, an enclosed dual conveyor lift that was designed to enhance the experience for first-timers. This new lift will replace the Flying Jenny surface lift and double the uphill capacity. This lift is the first of its kind in North America, and will debut at Mt. Rose this winter.

The resort is also adding additional snowmaking at the top of the Blazing Zephyr 6 lift, which will allow the Slide Bowl side of the mountain to open earlier. It is also making facility upgrades at the Winters Creek Lodge base area. Mt. Rose is scheduled to open for the season on Oct. 27, weather and conditions permitting, and intends to be the first resort to open in Lake Tahoe. Info: skirose.com

On Sept. 15, Tahoe Print Shop is moving to its new location at 10031 W. River St. in downtown Truckee across from Jax at the Tracks. Customers should enter from Riverside Drive. The store has the same email and phone number. Info: grant@tahoeprintshop.com, (530) 386-5993

Truckee locals Brian Holiday, a photography framing expert, and Allison King, a massage therapist, are the Jack and Jackie of all trades. To promote Truckee’s mountain culture, beginning in August the two opened their conjoined businesses Mountain Freak Boutique and Soulshine Massage and Wellness above Pianeta in downtown Truckee. The space doubles as a massage and acupuncture therapy studio and an artist collective boutique for local talent. From tie-dyes, batiks, live painting, metal work, and photography, the business seeks to support homegrown talent from across the region. Info: 10098 Donner Pass Rd., mountainfreakboutique.com; Soulshine, (530) 536-6605 ~ JW