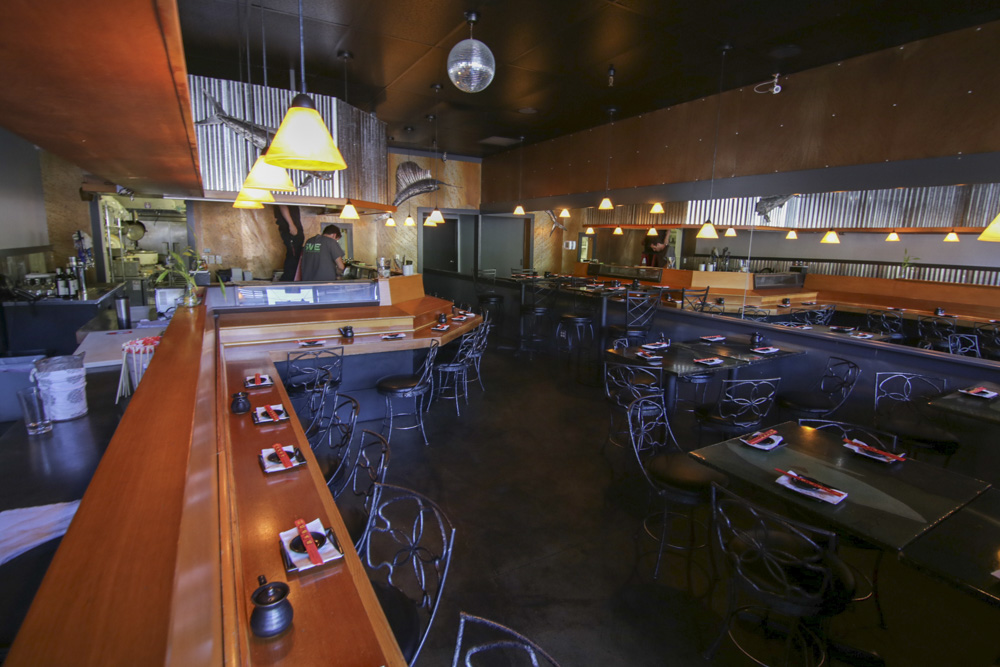 Ushering in a new era of dance for Truckee, the Truckee Dance Factory opened Sept. 8 in the Pioneer Commerce Center. Leaping into the ever-growing Truckee dance community, the new dance studio represents the passions of husband and wife team Ryan and Padma Curren. After over a decade of teaching dance in the Tahoe Truckee region, these professional dancers have fulfilled a life-long dream to bring the multi-dimensional art of dance to a wider audience, and open their own studio. While the studio will offer a variety of classes from tap, ballet, acting/singing, video production and more, the primary focus will be on hip hop, B-boying (breakdancing), jazz and contemporary, with performance and competitive companies for those dance forms. The studio offers a full range of classes from child to adult and beginner to professional. Info: (530) 786-4732, truckeedancefactory.com

Scott and Linda Ferguson have partnered with Aaron and Kim Harris, all long-time Truckee locals of more than 20 years, to open Truckee’s newest laundromat. Truckee Laundry, which opened Aug. 25, is a state-of-the-art laundromat featuring 65 brand new high efficiency machines. Other amenities include a coin changer, the ability to use credit cards, Wifi, and streaming television. Wash and fold services coming soon. Truckee Laundry is located in the Deerfield Plaza on Deerfield Drive just past McDonalds on the right.

Northstar California Resort appointed Marcie Bradley as the resort’s senior manager of communications on Aug. 25. Bradley will oversee all aspects of communications and public relations at Northstar, including strategic planning and resort messaging, development and management of media relations, and will act as a key liaison between Northstar and community stakeholders. Bradley has lived throughout California for the last 16 years after graduating from the University of Maryland’s School of Journalism. During a personal sabbatical through Southeast Asia, she met her husband who was from Truckee. The two moved back to the area in 2008.

Mt. Rose Ski Tahoe will relocate and rename the Ponderosa chairlift and add four new beginner trails to the mountain this summer. The new positioning of the re-named Wizard lift will increase the amount of beginner terrain for the 2015-16 winter season. The resort will spend approximately $1.2 million on improvements such as expansion of its snowmaking system and renovation of the kids lesson registration area. Additional plans include an overall enlargement of the indoor staging area and a complete redesign of the registration desk and process. Investments will also be made for the latest snow grooming equipment, rental skis and snowboards, renovation of the Timbers Bar, and relocation of the Main Lodge basket/ski check in. Info: skirose.com

MakiAli, a new sushi restaurant and Japanese pub that recently replaced Java Sushi, started with the simple idea of wanting a great local place to have sushi and other amazing Asian offerings in Truckee. In Japan, Japanese pubs are called Izakaya, which are small pubs that folks stop into regularly for beverages and “bites” that reflect the foods and flavors of Asia and beyond. MakiAli tries to capture that spirit with a diverse menu of noodle bowls, nigiri, maki, sashimi, hand rolls, seafood and chicken entrees, and dessert. Info: 11357 Donner Pass Rd. Ste. F, Truckee, (530) 582-1144, makiali.com

Meagan Millar, an 11-year resident of North Lake Tahoe and employee of PlumpJack, was recently promoted to the manager and buyer position at PlumpJack Sport in the Village at Squaw. Millar was raised in Grantham, NH, and attended St. Lawrence University in upstate New York where she received her Bachelor of Arts in psychology and history. Millar then moved to Tahoe City and started working at PlumpJack Sport. For years, Millar managed the day-to-day scheduling, merchandising, and receiving at PlumpJack Sport and helped consolidate the two stores into one primary location, which is now in the current location in The Village at Squaw across from Starbucks. Millar also graduated from the North Lake Tahoe Leadership Program in the spring of 2013.