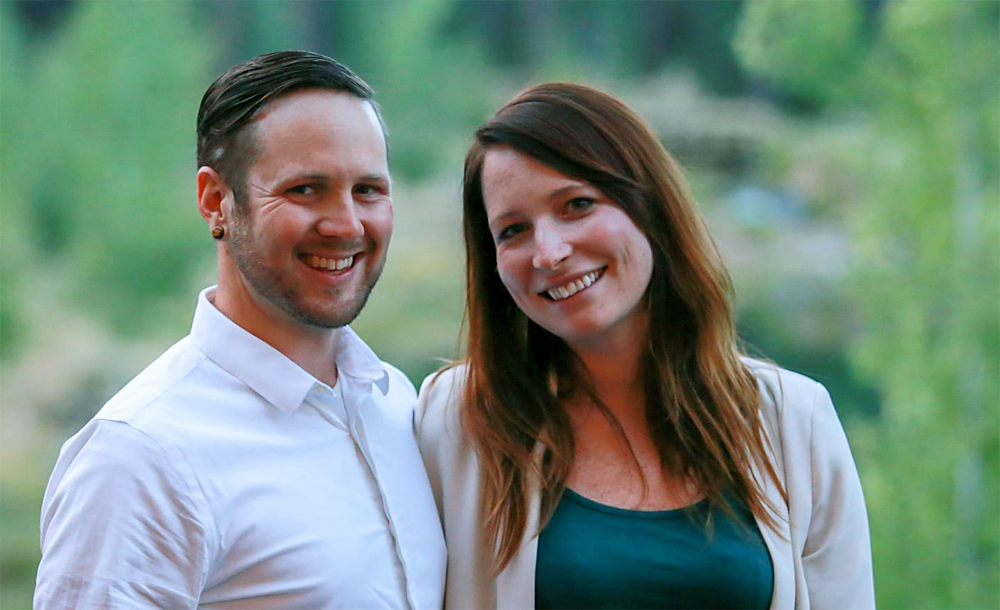 Truckee-based cartoonist and designer Sara Zimmerman recently hit 100,000 fans on Facebook for her comic strip, Unearthed Comics. Using social networks as a platform to help distribute her environmental/science, parenting, social commentary, and self-help humor worldwide, Zimmerman has grown her fan base with the help of pages like Forbes, actor George Takei, IFLScience, and comedian Amy Poehler. Sharing by these and many other pages, in addition to her frequent posting, has helped her audience grow on an international basis, with the second and third largest fan groups originating from India and Pakistan, respectively. Now with two books out and several hundred comics on her site, Zimmerman is continuing to juggle her cartoonist career with her graphic and web design firm’s responsibilities. She is also Moonshine Ink’s comic, submitting her take on local events in the monthly publication. Info: unearthedcomics.com, facebook.com/unearthedcomics

Xylem GIS & Consulting is the vision of two natural resources professionals devoted to responsible decision-making through the use of GIS and engaging maps. The team offers a multitude of services including field data collection, in-depth spatial analysis, and cartographic design. Xylem GIS has built trail maps highlighting the broad expanse of mountain biking throughout Truckee, to habitat suitability visuals for sensitive species or interactive online maps that the public can explore. Info: (208) 255-9142, (530) 208-8596, xylemgis.com

The Bookshelf, which is the last remaining bookstore in Truckee/North Tahoe, is for sale. Owner Debbie Lane, who has owned the Truckee store since 1992, said she is ready to sell because she would like to travel and spend time with her ailing mother. The store was in danger of closing in 2013 due to lagging sales, but the community rallied and the bookstore was able to remain open. Lane said she “feels terrible” about selling but that she “just can’t do it anymore.” The store is listed by Dickson Realty for $55,000. Lane said inventory is currently worth $120,000, but that could change as the store is having sales right now. The lease is up Jan. 31, 2016, so if an owner is not found by then, the store will close. Lane said a bookstore co-op where three to five people owned it together could work, and she is hopeful that someone will step up to take over. Info: dicksonrealty.com ~ Kara Fox/Moonshine Ink

Incline Village restaurant Wild Alaskan Fish Company closed its doors Sept. 12. Owners Ethan Bolinger and Kendra Wong decided to close after a vital piece of equipment failed and was too costly to replace. Bolinger will continue catering, with details to be posted on the restaurant’s Facebook page and website. Bolinger and Wong, who is also chairwoman of the Incline Village General Improvement District Board of Trustees, have owned the restaurant since 2011, although it opened in the 2000s. Info: (775) 832-6777, thewildalaskan.com, facebook.com/wildalaskanfishco

Sugar Bowl Resort announced Sept. 8 that it hired Greg Dallas, the former chief operating officer of Mammoth Mountain and June Mountain, as its new chief executive officer. He will lead all aspects of resort operations, which include Sugar Bowl Resort, Royal Gorge Cross Country, the Village at Sugar Bowl real estate, and homeowner services. Prior to joining Mammoth Mountain, Dallas studied astrodynamics at the Air Force Academy, served seven years in the U.S. Air Force procuring and operating space systems, and earned his MBA from the University of California, Irvine. Dallas succeeds Rob Kautz, who had a 40-year run at the Donner Summit resort, including the past 27 years as president and CEO. Kautz announced his retirement at the end of last ski season, but will remain with Sugar Bowl as a project consultant, as well as a board member of the Sugar Bowl Corporation. Dallas began his new tenure as president and CEO on Sept. 28.

The Incline Village Crystal Bay Visitors Bureau launched the North Lake Tahoe Ale Trail Sept. 1. Andy Chapman, CEO and president of the visitors bureau, said most destinations have an ale trail and that he wanted to “connect the great human-powered activity and the great craft beer movement we have going on.” Chapman said the Ale Trail utilizes existing biking, hiking, and kayak/paddleboard trails and pairs them with watering holes on the North Shore. The Ale Trail was possible with a $10,000 Travel Nevada grant, and matching funds from the visitors bureau. The fall campaign, which is being used to encourage visitors to the area, includes a map and four promotional videos. The maps can be found online, at the Tahoe City and Incline Village visitors bureaus, and at the featured bars and restaurants. Info: bit.ly/AleTrailMap ~ Kara Fox/Moonshine Ink

Tahoe Donner will install snowmaking at Tahoe Donner Downhill Ski Area this winter season. After careful consideration and review of past winter seasons, the team at Tahoe Donner broke ground for snowmaking construction this fall. Tahoe Donner aims to be the first U.S. ski area to utilize the silent PoleCat snowmaking machine. It was chosen for its dampened sound levels and reduced energy consumption, making them significantly quieter than traditional snowmaking systems. The new system includes seven machines, a pump station building, and 12 hydrants and electrical pedestals. A cooling tower, which lowers the water temperature quickly and allows for shorter operating times, will also be installed. Tahoe Donner’s beginner terrain was selected as the location for this improvement project. Info: tahoedonner.com

Truckee’s homegrown brewery, FiftyFifty Brewing Co., recently took home top honors at a couple of the world’s most prestigious beer competitions. FiftyFifty took home the bronze in the Honey Beer category at the Great American Beer Festival in Denver. Spring Fever, a golden ale brewed with honey, lemongrass, and orange peel, took home the award in a crowded field with more than 3,600 breweries participating. The brewery also won gold at the 2015 Stockholm Beer and Whiskey Festival in the Strong Porter/Stout category with their Eclipse Barrel-Aged Imperial Stout. The 2015 varieties of Eclipse are due to release Dec. 4.  Info: 11197 Brockway Road, Truckee, (530) 587-2337, fiftyfiftybrewing.com

On Sept. 23 to 25, a group of employee owners representing Mountain Hardware and Sports in Truckee attended the Western States Chapter of the Employee Stock Ownership Plan Association, where they accepted the award for Company of the Year. The award is presented to a company that demonstrates commitment to employee-ownership and its success maximizing the benefits of the organization. In 2000, the founders of Mountain Hardware and Sports formed an ESOP, which essentially creates an employee owned corporation. Initially, the ESOP purchased 49 percent of the company, and in 2013, the remaining balance was purchased, making the store 100 percent employee owned. In May 2016, representatives from the store will represent the Western States Chapter at the National ESOP Conference in Washington, D.C., where the store will be nominated for the National Business of the Year award.