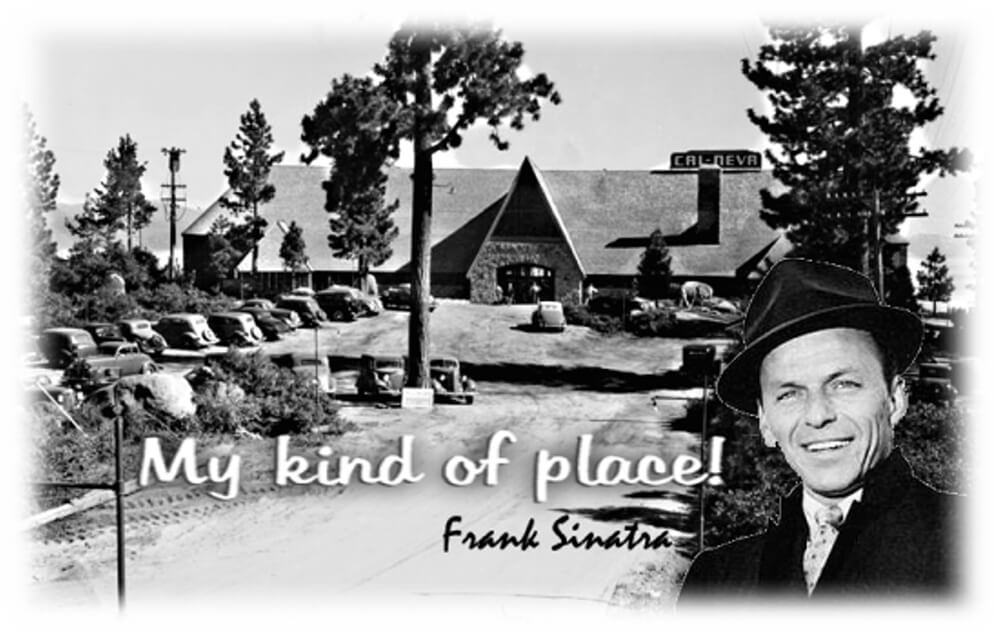 The Cal-Neva Lodge & Casino was starting to take on an almost haunted quality, sitting like an abandoned amusement park behind a ring of chain-link fencing. That is, until it was acquired this October by the fifth-richest man in the U.S.

Oracle founder Larry Ellison picked up the property while it was in bankruptcy proceedings on Oct. 16 through his company Lawrence Investments, according to the Sacramento Bee. The price tag for the Rat Pack’s old stomping grounds (see p. 24) was a hefty $35.8 million, but this lump of cash is only a fraction of what the software magnate has already spent along the Nevada shores of Lake Tahoe.

No stranger to the Lake Tahoe Real Estate market, Ellison has been one of its major players for more than a decade. According to public records, his buying spree kicked off in 2006 with a flurry of purchases near Glenbrook: He spent $11.7 million for a 10,000 square foot mega-mansion in 2006 that sold in 2014 for the cool sum of $20.35 million, followed by a $3.3 million purchase of two other nearby properties. Then he spent three years and $29 million to tie together nine contiguous parcels a few miles to the north.

All of these purchases were made by the same two Limited Liability Corporations, SF Pacific LLC and Tahoe Estates LLC, both owned by Paul Marinelli, vice president of Lawrence Investments. Ellison would often connect multiple bordering parcels, yet split the purchase between the two LLCs. His biggest Tahoe venture to date, however, sits on 7.6 acres along Lakeshore Boulevard in Incline Village, where he has spent approximately $58 million — $22.2 million more than the sale price of the Cal-Neva — purchasing and renovating all of the buildings on three parcels near the Hyatt Regency Lake Tahoe Resort. The compound was completed in 2014, according to the TRPA, and includes eight separate structures amounting to 18,000 square feet of living space. The property taxes on these three parcels alone have totaled $3.24 million since 2013.

In a Wall Street Journal interview, one of Ellison’s Realtors, Jennie Fairchild, said that Ellison had planned for his Glenbrook mega-mansion to be his primary residence, but put it on the market when the opportunity to build in Incline Village presented itself. Forbes is currently listing Ellison’s primary residence as Woodside.

This buying frenzy is not unusual for Ellison. According to a separate 2014 article by the Wall Street Journal, “Mr. Ellison has a distinctive buying pattern: When he finds an area he likes, he takes a flood-the-zone approach. He often buys several adjacent properties to combine into a single sprawling compound. At the same time, he acquires other noncontiguous properties nearby, increasing his overall holdings in a desirable area.”

His acquisition of the Cal-Neva seems to make more sense considering his prior desire for Tahoe real estate, but what will become of the half-remodeled property is still unclear. According to TRPA’s public information officer Thomas Lotshaw, as of the publishing date of this article no one representing the buyer of the casino has contacted TRPA with plans for the future.
Lotshaw did mention that the TRPA fully supported the Cal-Neva remodel project that was permitted in 2013 with the previous owners and developer Criswell-Radovan before they went into bankruptcy. To complete this renovation, Ellison would have to shell out an estimated $23.8 million, according to information presented by the developer in a court filing preceding the bankruptcy.

Other options for Ellison include holding on to the property and flipping it as-is, or zoning it for an alternative use. The property is currently zoned as tourist/commercial per the Nevada North Stateline Community TRPA and Washoe County, but could potentially be rezoned by creating an area plan and having it approved by the TRPA and Washoe County.

More than 400 people attended the Truckee Chamber’s Annual Awards Dinner on Oct. 20 at The Ritz-Carlton, Lake Tahoe, to celebrate the people, businesses, and organizations that have exemplified outstanding involvement in the community and its issues, those who have contributed significantly to the economy and local labor market, or have shown staying power and growth in the business community. Award winners included Quality Automotive & Smog, Old Town Tap, and Project MANA, among others.

Wanderlust TV launched on Nov. 2, and will host new content across a number of platforms, including web, mobile, and Apple TV. In addition to unique episodes, the channel will also include The Studio, a platform where participants can access a wide range of classes and teachers in an informal, conversational format.

Reno-Tahoe International Airport is one of four medium-sized commercial airports in the nation that are taking part in a pilot program that will allow drone operators to obtain almost real-time approval to fly through Federal Aviation Administration Part 107. The program is designed to provide business drone operators with fast processing of airspace notifications and automatic approval of requests that are below certain altitudes in controlled airspace. Info: faa.gov/uas/programs_partnerships/uas_data_exchange/

PODS Enterprises, LLC, a leader in portable moving and storage container solutions, is opening a West Coast sales and service center in Reno. Headquartered in Florida, the new facility will help PODS keep pace with their continued growth. PODS plans to hire more than 300 associates over their first two years of operation. Info: careers.PODS.com

FiftyFifty’s Cans for Community project plans to partner with a different nonprofit each month, with a fresh, new brew, to donate proceeds from the sale of each can toward the nonprofit. The kick-off beer was named THE 06 — an Imperial Red IPA — after the fire road connection between Truckee and the Lake Tahoe Basin. October’s profits went to the Truckee Trails Organization. Cans can be purchased at neighborhood markets, as well as FiftyFifty’s Pilot Brewery & Pub in Truckee.

On Oct. 24, the app and website Thumbtack, released the grades from its 2017 Small Business Friendliness Survey, the largest continuous study of small business perceptions of government policy in the U.S. Thumbtack surveyed more than 13,000 small business owners in 50 states and 80 cities to evaluate how easy state and local governments make it to start, operate, and grow a small business. On overall small business friendliness, California ranked 43 (out of 50), earning a C-, but received evaluations 7 percent better than last year.