The Economic Development Authority of Western Nevada (EDAWN) announced Figure Technologies is expanding its operations to Reno from San Francisco. Figure Technologies uses blockchain, AI, and analytics to accrue financial information, and plans to hire 240 employees in a wide range of roles over the next several years. “We are thrilled Figure has selected Reno to expand their operations,” said Mike Kazmierski, president and CEO of EDAWN. “… we expect to continue to see the emergence of blockchain companies selecting Reno as their home.” 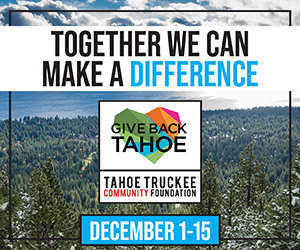 Days after announcing to its members it would be closing operations in February, Tahoe Mountain Club announced at the end of December that it will be purchased by Paradigm8, a local company with multiple other holdings in Gray’s Crossing, as well as projects in Northstar and Kings Beach. The club originally forecasted a shutdown of all of its facilities, including Gray’s Crossing and Old Greenwood golf courses, as well as multiple restaurants and services. Paradigm8 is expected to take the reins early this month. Brian Helm of Paradigm8 said he plans to continue operations as normal after the sale closes mid-January.

The Ritz-Carlton, Lake Tahoe hotel is to be purchased by Braemar Hotels & Resorts for $120 million, including a 3.4 acre parcel planned for luxury residential townhome development. The hotel sold six years ago for approximately $73.6 million, according to a Sacramento Bee article from 2012. The Ritz-Carlton has spent approximately $18 million on capital improvements during the past few years. Braemar Hotels & Resorts is a Dallas-based real estate investment trust focused on investing in luxury hotels and resorts. The transaction is expected to close by Jan. 15.

Weekend park and ride service to local ski resorts will soon be coming to Truckee, offering guests the option to be dropped off right at the base of the slopes. The seasonal service is provided by Tahoe Truckee Area Regional Transit (TART), operated by Placer County in partnership with Squaw Valley Alpine Meadows and Northstar California. The winter program will provide free bus service on weekends from late December through mid-March between Truckee park and ride locations and Squaw Valley along the state Route 89 corridor and Northstar along the state Route 267 corridor. This service will operate in coordination with TART, every 30 minutes during peak morning and evening periods from 7 a.m. to 6 p.m. Info: tahoetruckeetransit.com

Alder Creek Cafe in Tahoe Donner will now be open for dinner on Friday and Saturday nights from 5 to 8 p.m. starting Dec. 21 through the end of March. Due to the recent success of the cafe’s Edi-Bol dinner series and its pop-up beer pairing dinners, Chef David Smith was inspired to offer the local community a new counter service dining option in Tahoe Donner as an alternative to more crowded choices downtown. Featured menu items will include small plates like caramelized truffled brussels sprouts and fresh salads like the roasted beet, or gem lettuce salad with mandarin oranges, Point Reyes blue cheese, and candied pecans. Savory entrée options include the cabernet-braised pot roast, Thai red curry bowl, and seared ahi tuna. Info: tahoedonner.com

Tahoe Lake Love is a brand new mobile app designed to access all of Tahoe on demand. Vacation rentals, boat charters, ride-sharing, food delivery, lessons, tours, in-home services, and more are available through the app. It is a community marketplace, aiming to create ease of access for the best of local services at the lake. It also features an exclusive boutique concierge rental management service and specializes in curating exclusive VIP-style vacation experiences. Tahoe Lake Love, launched in 2018, is local and family-owned, and committed to ensuring the massive influx that our tourism economy brings in goes directly back to our community.

Tahoe Donner Downhill Ski Area held a ribbon cutting ceremony on Dec. 7 for its newest addition, the Snowbird Triple Chair Lift. The lift is a fixed-grip triple chair to replace the original double chair installed in 1971. The project began this summer with the removal of the original lift and its 10 towers positioned in the center of Snowbird Run. With a goal of providing more beginner skier terrain and expanding the Learning Center area, the new lift towers are installed 70 feet to the east and now stand on the skier’s right edge of the run.

The Chair to Chopper Challenge