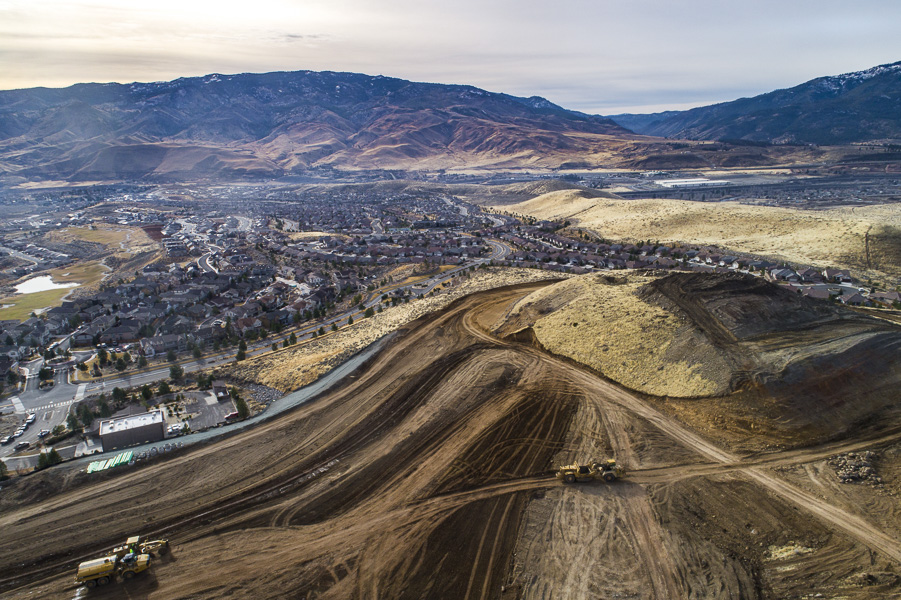 Reno, which has long been the affordable housing option for homebuyers who can’t pay Tahoe prices, is seeing a growth in population that’s driving up the cost of homes and condos, and pushing rental prices to new highs.

By the end of the third quarter in 2017, the price of a single-family home had risen to $349,500. That’s more than a 5 percent increase from the previous quarter, and up 9 percent from 2016. During this same quarter five years ago, by contrast, the median sales price in Reno/Sparks was just under $175,000.

The rental market, which is close to saturated, is seeing modest suburban homes in good school districts like McQueen High School fetching close to $1/square foot. In areas that are trending, like Midtown, some rentals are going for close to twice that amount. A 450 square foot studio near Virginia Lake, for example, recently rented for $700/month (and that’s in a complex built almost 40 years ago).

The spike in demand has led to an influx of investors — many from California — who see the opportunity to purchase more “affordable” rental properties with 6 or 7 percent annual rates of return.

As a realtor working the Reno market since 2013, I have some clients who have purchased two or more homes or condos as investment properties. Those who bought four years ago, when the market was still clawing its way out of the recession, could come close to doubling their money in today’s market, if they wanted to sell. It all hinges on what the market will do moving forward.

Tesla aside, Reno has seen more than 100 new companies move to town in the past five years. Beyond warehousing, the new companies include big names like Switch (data keeper of the world), engineering firms, startups, and tech companies migrating from California in search of a better tax climate.

The growth in the job market is fueling population growth, which, in turn, has led to new housing starts. Build-out is not an infinite number because water rights will ultimately govern how much new housing can be built in Northern Nevada, but the projects in the pipeline today will help let off some steam from the demand side.

Almost 50 new developments are currently underway in Reno/Sparks, with a cluster of new growth in the Southeast, where a new highway will shuttle commuters from neighborhoods near the base of Mt. Rose Highway to Interstate 80 near Sparks, bypassing the typical rush-hour congestion of I-580.

A recent University of Nevada, Reno study predicts that Reno/Sparks will see almost 61,000 new residents over the next 10 years. Much of the growth is predicted to be in neighborhoods like Spanish Springs and the North Valleys, outliers that are seeing a swell in demand thanks to the fact that housing remains “relatively” affordable there.

With much of the new growth being driven by companies moving to the Tahoe Reno Industrial Center (TRIC), these suburban areas of Sparks won’t feel like the outliers they once were. TRIC is 14 miles east of Sparks on I-80, making the northern suburbs a decent commuter hub.

Can it continue? That’s the question I’m asked every day, both by investors wanting to time their purchases, and homebuyers wondering if they should wait till the bubble bursts.

My guess is that if Reno plays its cards right in creating a sustainable employment base, housing prices will likely mirror that growth.

~Jackie Ginley works with Dickson Realty in both California and Nevada. Contact her for advice on buying or selling your home or investment properties and browse both sides of the state line at TahoeisHome.com