Home Columns In the Past The Black Pioneer of Plumas County 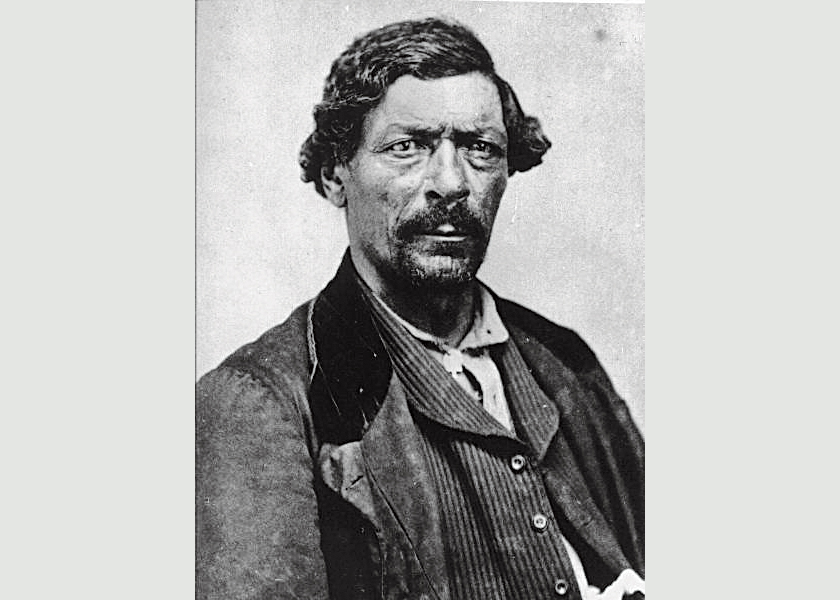 Jeremiah Johnson, The Revenant, Hostiles, Dances with Wolves, Deadwood, Godless, Hell on Wheels. These and dozens of other movies and series celebrate the heroes and villains of the American West. With the exception of the blood-spattered Quentin Tarantino epic Django Unchained and the 2016 remake of The Magnificent Seven, however, the heroes are almost always white.

It’s curious, then, that Hollywood ignores a man who led a far more exciting real life than any of the aforementioned fictional characters. Could it be that a mountain man who was a blacksmith, horse thief, cavalry scout, and Crow Indian Chief — with peaks, passes, waterways, and towns all named in his honor — was ignored because he was a black man?

James P. Beckwourth was born a slave in 1798 and freed at age 12 by his own father. His first career as a blacksmith ended after a fistfight with his boss. In 1817, Beckwourth rode off to find a life of adventure. After falling in with Jim Bridger, Hugh Glass, Jedediah Smith, and John “Liver-Eating” Johnson, he hunted, trapped, and roamed the western mountains — enduring terrible hardships and epic battles with hostiles and vicious animals.

In what is now Wyoming, Beckwourth was captured by a Crow Indian band. Sure he would lose his scalp, Beckwourth convinced one of his captors that as a baby he was a Crow taken from the tribe during battle with the white man. Fighting their enemies ferociously and with tactical brilliance for over eight years, he was made a war chief of the Crow Nation.

In the late 1830s, he headed to Florida and fought under Zachary Taylor in the Seminole Wars, but soon again longed for the mountain West.

Beckwourth traveled to Colorado, then New Mexico, and inserted himself on the California side against the tyrannical Mexican president at the Second Battle of La Cahuenga Pass in 1845. He became a cavalry scout for Gen. Stephen W. Kearny as the U.S. Army entered the Mexican/American War.

After the war, he ventured into Northern California. While riding up the Feather River Canyon north of Truckee on an exploration for gold, Beckwourth spied a gap in the Sierra that intrigued him with thoughts of a lower, less brutal pass across the range.

The common route was that traveled by the Stephens-Townshend-Murphy Party (later named Donner Pass after the terrible ordeal suffered by the ill-prepared group of migrants), which required super-human effort even in mild weather. Another option was Carson Pass, which included similar brutal climbs and descents as well as a deadly trek through a sandy, waterless wasteland known as the Forty Mile Desert.

Beckwourth’s fellow mountain men agreed the pass would be an easier way to Marysville, which would benefit from the influx of gold seekers during that era. He met with Marysville Mayor S.M. Miles, who enthusiastically approved a plan for the fledgling town to support Beckwourth’s trail and personally guaranteed payment for his efforts.

The Beckwourth Company set about improving the trail. After recovering from severe illness, Beckwourth led the first wagon train from “the Truchy,” referring to the banks of the Truckee River where wagon trains gathered to rest and feed their animals, approximately at the present location of Sparks.

Ina Coolbrith, a young girl in that first wagon train over Beckwourth Pass in 1851, observed “an historical figure, and to my mind one of the most beautiful creatures that ever lived. He was rather dark and wore his hair in two long braids, twisted with colored cord that gave him a picturesque appearance. He wore a leather coat and moccasins and rode a horse without a saddle.”

Unfortunately for Beckwourth, after that first wagon train safely crossed the pass a fire virtually destroyed the town. It wiped out the treasury, including his promised $1,600 payment for the journey. Beckwourth opened a way station near his namesake pass — it can still be found at the National Park Service Beckwourth Cabin site just outside the town that bears his name. Even after success as an innkeeper he grew restless and returned to the Rockies to trap beaver and scout for the cavalry.

In Colorado Territory, he was ordered by Col. John Chivington to scout for an operation that was to become infamous as the Sand Creek Massacre.

Two-hundred-thirty native peoples were killed in their camp; well over half were women and children. The local Cheyenne held Beckwourth in contempt for his part, but the facts show he tried to stop the slaughter and indeed testified against Chivington in a trial over the incident.

After suffering severe nosebleeds (probably due to high blood pressure) during scouting and hunting expeditions in Bighorn country, he returned to the Crow Nation, who took him in and cared for him until his death in 1866 at the age of 68. As was their custom, the Crow people built a scaffold for Beckwourth’s body to honor his status as a respected warrior and chief.

The Life and Adventures of James P. Beckwourth as he told it to T.D. Bonner in 1854, is a collection of riveting tales of his exploits. It’s time that Netflix and Hollywood took note.

The Black Pioneer of Plumas County
Community
12:00 am

The Black Pioneer of Plumas County