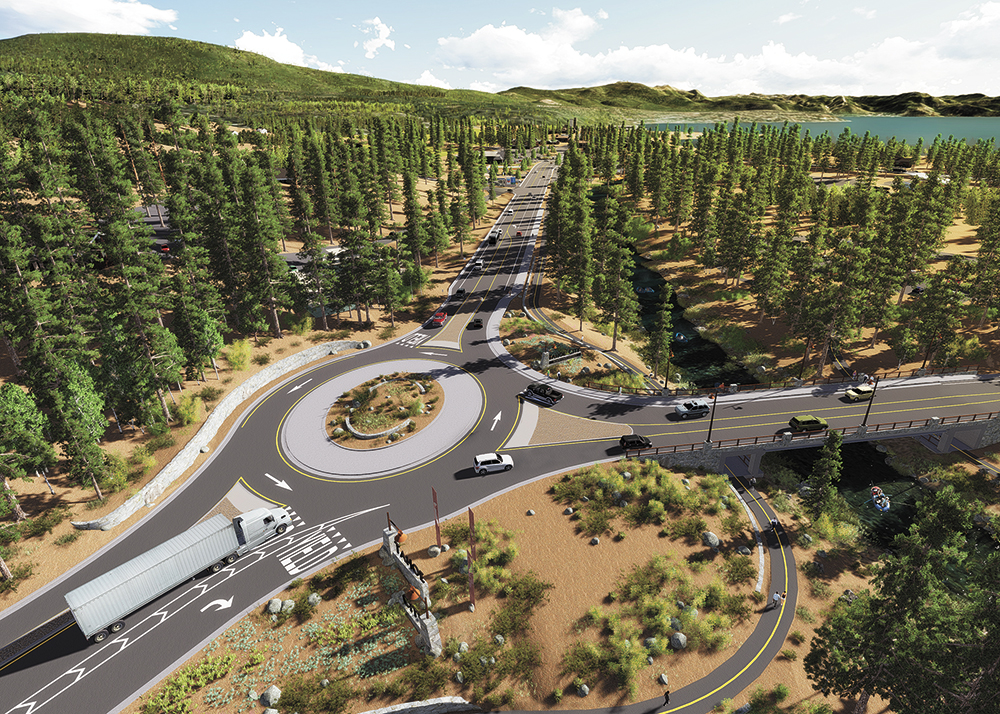 Due to the Fanny Bridge project, Tahoe City’s traffic is pretty frustrating, but I’m wondering, what is the project’s goal, how is it funded, and what delays can I expect?

The SR 89/Fanny Bridge Project, which has been in the community plan since 1994, is important to Tahoe City and the region for numerous reasons. One, it aims to lessen vehicular emissions by reducing the number of vehicles idling in traffic.

Two, it will reduce sediment run-off from graded storm water treatment. We know from past studies that 70 percent of the pollutants impacting Lake Tahoe’s clarity come from the transportation system and developed area run-off.

Overall, the project will foster economic development and community revitalization.

Residents and the millions of visitors who travel to Tahoe City can expect the following once the project is complete:

• Improved transit travel times and connectivity to the Tahoe City Transit Center and a reduction in traffic congestion, especially along the West Shore.

• “Old SR 89” (West Lake Blvd. from Fanny Bridge to the new roundabout near the Caltrans interchangeable message sign) will become a local road allowing for temporary closures for street fairs and other festivals, farmers markets, etc.

• Implementation of two safety routes from the West Shore — the new Truckee River Bridge and a rebuild of the 89-year-old Fanny Bridge with sidewalks and bike lanes on both sides.

The project’s main funding source is the Federal Lands Access Program. It also gets matching funds from Placer County and the State of California’s Active Transportation Program.

Motorists can expect up to 20-minute delays in the project area Monday through Friday. Shared-use paths for cyclists and pedestrians will remain open, however detours will be set. The project is scheduled for completion in October 2018.

• Night work is conducted Sunday through Thursday from 12 a.m. to noon.

• Day work is conducted Monday through Friday for road and drainage work, 7 a.m. to 5 p.m.

• Bridge work is conducted Monday through Saturday from 7 a.m. to 5 p.m.

What is the story behind the old building foundation recently found on the Railyard property?

The Truckee Railyard has been the site of a number of uses and activities over the past 150 years. The Railyard Master Plan and Project EIR anticipated that historical or unique archeological resources could be encountered with the implementation of the project. Workers only engage in soil-disturbing activities in sensitive portions of the Plan Area under the supervision of a qualified archeologist. Recently, a portion of the foundation for a roundhouse was encountered, exposed, surveyed, and evaluated by the project’s archaeologist.  In accordance with project mitigation measures, the Railyard’s archaeological consultant, Broadbent, developed a data recovery strategy to address portions of the foundation that need to be removed before the project moves forward.  Where granite foundation stones from past historical uses have been found on the site, they have been collected and stockpiled for reuse in future project elements such as: landscaping; seating walls; incorporation in future buildings; art pieces; and historical interpretation.

The Truckee Roundhouse was constructed in 1882, remained in operation through 1939, and was demolished in the 1950s. The 1882 Roundhouse was the third Roundhouse known to have existed in the Railyard, and was constructed of Rocklin granite with a 62-foot diameter turntable at its center. The first roundhouse was built in 1869. It burned down due to its wooden construction, however the granite foundations remained. The second roundhouse was built using the same foundations as the first, but as it was also primarily wood, it also burned down. If the foundations of the earlier buildings are present, they most likely are located to the west of the 1882 roundhouse near the modern Union Pacific Railroad tracks and extending north.