Home Sections News A Creative Solution to a Complex Problem 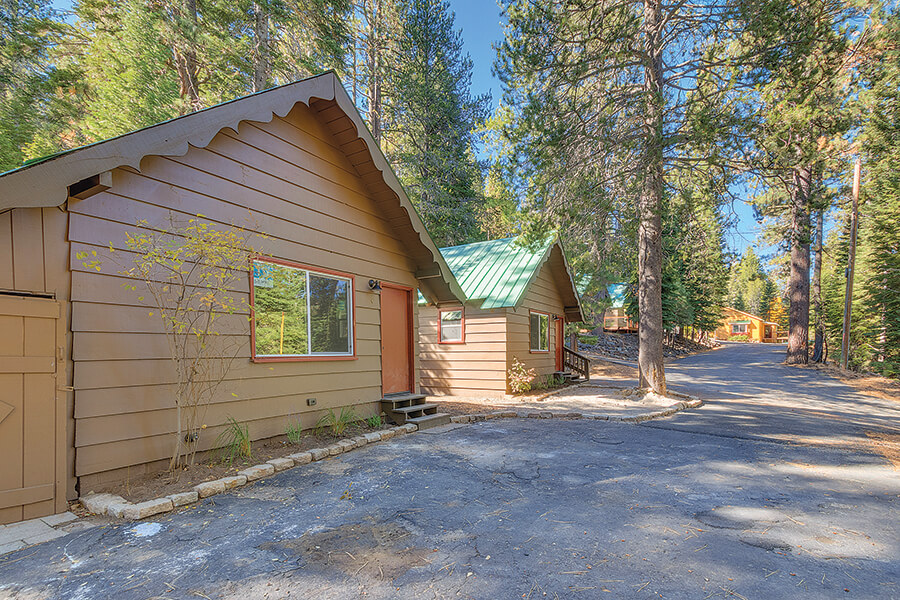 If you’ve opened Facebook, picked up a copy of the newspaper, or had a conversation with anyone in the Truckee/North Lake Tahoe area in the last two years, chances are you’ve heard about the housing crisis. Our region has quite the problem on its hands, and locals and visitors alike have been searching for the solution. It’s been stated countless times that the answer itself is not “one-size-fits-all,” but instead, a melding of innovative and unique solutions.

In 2016, Bae Urban Economics completed a housing study in the Truckee/Tahoe area, with a specific focus on the local housing market. Two “study areas” were defined for consideration based on 2000 and 2010 census reports. The first Truckee/North Tahoe study area “includes the communities of Kings Beach, Tahoe City, and Tahoma, as well as areas along Highways 267 and 89 South. It also extends westward to include Donner Summit and Serene Lakes, including Sugar Bowl, Boreal, Soda Springs, and Royal Gorge. To the east of the Town of Truckee, the region extends to the California-Nevada state line, including the communities of Hinton, Hirschdale, and Floriston,” reads the Bae study. The second study area, referred to as “comparison counties,” includes “an area covering Placer County and Nevada County.”

The report details the specific ways in which the Truckee/North Tahoe region faces a broad range of housing issues. “As in many resort and visitor-oriented communities, large seasonal fluctuations in retail and service-oriented employment, as well as a visitor-oriented real estate market, create a disconnect between the needs of the regional labor force and the housing resources that are made available by the market,” it reads.

The pieces below were extracted directly from the Regional Housing Study, and the document in its entirety is available online:

• The study area contains approximately 17,100 housing units that are greater than 30 years old, meaning that they may be in significant need of repair or replacement.

• The average residential vacancy rate in the study area was 64.5 percent between 2010 and 2014, compared to 14.1 percent in the comparison counties.

• Nearly all of the individual communities located within the Truckee/North Tahoe region experienced similarly high levels of residential vacancy.

• Residential vacancy is being driven by large numbers of units held vacant for seasonal or occasional use.

• Data on the number of housing units by size and tenure indicate that there is a mismatch between the housing stock, which is biased toward larger units, and household characteristics, where nearly two-thirds of all households contain only one or two people.

What this translates to is that our existing rental housing stock does not meet current demand. Many homes sit vacant, and as we have addressed before, it isn’t solely due to sites like Airbnb and VRBO. Rather, it is due to the fact that we live in a second-home dense area; if owners were to rent their home out to a year-round tenant, they would not have an opportunity to enjoy it themselves. But we’ve watched as both seasonal and year-round residents are in a constant struggle to secure housing, and without a housing stock, many of our community members will be forced to relocate.

Earlier this year, a property became available which offers a unique and creative solution to the problem at hand. Originally built to house the Canadian ski team for the Winter Olympics, this property is situated on nearly 5 acres and located just off of Highway 89 between Squaw Valley and Truckee. There are currently six livable structures on the parcel, along with a barn that can be utilized as a garage or storage shed. Nearly every structure has been renovated, providing a hospitable and comfortable environment for potential future tenants.

This property consists of four separate 500- to 600-square-foot cabins, each with its own bedroom, bathroom, full kitchen, living room, and loft. There’s also a 2,500-square-foot single-family home with four bedrooms, three bathrooms, and a two-car garage, and another two-bedroom, two-bathroom cabin with a separate one-bedroom apartment. In addition, there’s the barn. If each of these units were rented, the property could house up to 16 full-time residents.

A Creative Solution to a Complex Problem