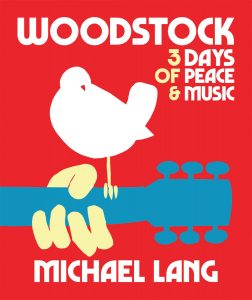 4 th film in the “50 Years Ago at the Movies” Series, Sponsored by Dean Prigmore and
Patrice Taylor.
The three-day Woodstock music festival in 1969 was the pivotal event of the 1960s
peace movement, and this landmark concert film is the definitive record of that
milestone of rock &amp; roll history. It&#39;s more than a chronicle of the hippie movement,
however; this is a film of genuine historical and social importance, capturing the spirit of
America in transition, when the Vietnam War was at its peak and antiwar protest was fully
expressed through the liberating music of the time.
With a brilliant crew at his disposal (including a young editor named Martin Scorsese),
director Michael Wadleigh worked with over 300 hours of footage to create his original 225-
minute director&#39;s cut, restoring 40 minutes of footage cut for the film&#39;s 1970 release.
The film deservedly won the Academy Award for Best Documentary, and it&#39;s still a
stunning achievement. Abundant footage taken among the massive crowd (&quot;half a million
strong&quot;) expresses the human heart of the event, from skinny-dipping hippies to unpredictable
weather and midconcert childbirth. The music is a nonstop parade of rock &amp; roll from the
greatest performers of the period, including Crosby, Stills, and Nash, Canned Heat,
The Who, Richie Havens, Joan Baez, Sly &amp; The Family Stone, Santana, and many more.
Watching this ambitious film is the next best thing to being there–it&#39;s a time-travel journey to
that once-in-a-lifetime event.
Date &amp; Time: Saturday, August 17, 2019 ~ 7:00 pm
Run Time: 3 hr. 44 min.
General Admission: $8 RATED R
Location: Auburn State Theatre, 985 Lincoln Way, Auburn CA
Box Office: www.livefromauburn.com or 530-885-0156