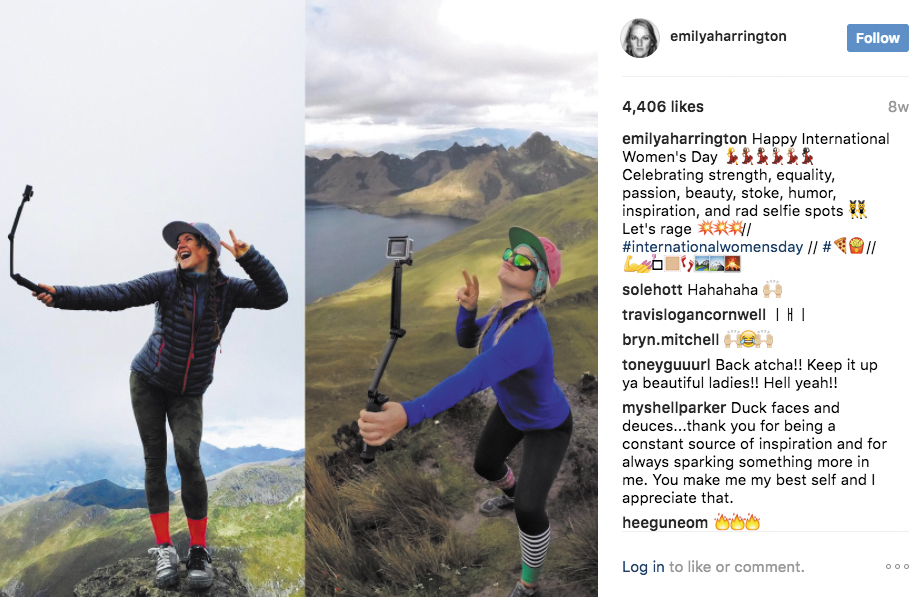 Being an “adventurer” used to mean something different. It was a solitary act; something people did to get away from normal life where they could find meaning away from the modern world of technology, money, fame, and ego. Or rather, that was the intrinsic definition we once gave to the act of “adventuring.” It was the Stone Masters in Yosemite Valley, who climbed walls once deemed impossible to conquer, but told no one, only to have the legendary tales leak out through word-of-mouth and rumor. It was similar with big ski descents in the High Sierra. The saying goes, “There’s no such thing as a first descent in the Sierra, because someone surely did it back in the day. You just didn’t hear about it.” That was the essence of questing into the adventure. It was meant to be somewhat of a secret, and “spraying” about your own feats was frowned upon. The mantra was: do your thing and keep your mouth shut about it, because if you don’t, you must be doing it for the wrong reasons, and your intentions are less pure and genuine than of those who are more reserved.

Nowadays adventuring is a business. Instagram, Snapchat, Facebook, Twitter, etc. — every outdoor company and professional athlete are expected to promote themselves and the brands they represent in a shamelessly overt and public fashion. Every day my social feed blows up with photos and videos of gnarly ski lines and sick sends in beautiful places. It’s no longer taboo to immediately post and share one’s stoke and boast about recent achievements — it’s encouraged, and perhaps the only way to make it as a pro athlete these days. If you don’t draw attention to yourself, share your story, and self-promote your personal brand, you’re going to have a tough time convincing prospective sponsors to support you. That’s just business.

It wasn’t even that long ago that this behavior was not respected at all. I grew up when rock climbing was going through these growing pains, idolizing only the silent crushers and vilifying the outspoken. When I climbed my first 5.14b in 2007, I remember waiting in silence for the media to pick up on it. I wanted the attention, and thought I deserved it — at that point there were fewer than 20 women in the world who had climbed the grade — but reaching out or announcing it myself was out of the question. I didn’t want to be one of those climbers who actually talked about their achievements. Instead, I had to hope that someone at the cliff that day had seen me send and took it upon themselves to reach out to Climbing Magazine or Rock & Ice. Without realizing it, my reluctance to promote myself left my professional climbing career in the hands of complete strangers who may or may not have noticed the quiet 19-year-old girl climb a cutting-edge grade that day.

Luckily someone did notice that day, and I received the attention I so desperately wanted. I also became a professional rock climber. Today I wouldn’t hesitate to blast any achievement (and failure) on my Instagram, Snapchat, Twitter, Facebook, etc. You name it, I will post about it to make sure everyone knows — but is that a bad thing? Does it make me less genuine? Are we all so much more ego-driven and attention-starved than the previous generation of adventurers because we now spray so much about ourselves? Or, is this newly acceptable form of public pride and self-promotion just allowing us to openly be ourselves — a species that has ego-driven instincts, seeks approval and attention from others, and thrives on communal praise? I would argue it’s mostly the latter, and that, in fact, today’s landscape of fast-paced technological change and ego-driven social media overload is actually a healthier and more genuine landscape than the previous generation’s. I believe it breeds creativity, inspiration, and for the most part pushes us all to do better.

I think it’s rad that it’s now acceptable for people to put themselves out there, tell the world their intentions and how they are going to go about it. I personally love following along and watching others go for it, and most people seem to as well. Take the Dawn Wall, for example. Tommy Caldwell’s and Kevin Jorgeson’s epic 7-year endeavor to free-climb the world’s most difficult route in Yosemite Valley. As the years dragged on, and it became easier to share adventures via social media, they gave us all a glimpse into their world. They failed over and over again. They struggled and battled their way through so many years of getting crushed and defeated. We — meaning rock climbers and eventually the mainstream media — all watched, unsure how it would eventually unfold. It was like watching a real life HBO drama, with multiple seasons and an addictive storyline. By year seven most people thought they never would complete the climb — but they did. And when they topped out the last pitch in January 2015, the world celebrated.  We all were so moved because they shared their journey with us. We felt how hard it was, how badly they wanted it, and how much they deserved that success. That profound communal effect could have never happened had they not been open about their objective and process.

To be clear: I do not believe that screen-addiction and social media dependence is a healthy thing. As we all know, too much of anything is not good, and excessive amount of time spent on our smart devices is not all that great for us. Personally, I start to feel a bit tweaky and anxious when I overdose on scrolling through my feed, and I know it’s time to get outside and go for a jaunt in the hills, without my phone. Like everything, a balance must be struck, but sharing stories is a tradition that goes back throughout human history. It’s a part of who we are, from our ancestors telling stories by the campfire to us loading our daily Snapchat feed; I don’t see much of a difference except that technology makes it easier and faster to reach more people — and overall I think that’s a good thing when it comes to adventure. The Internet can be a dark place. I think that populating it with more beauty, inspiration, stoke, and even personal spray, brings good to the world.

The New Landscape of Adventure
Business