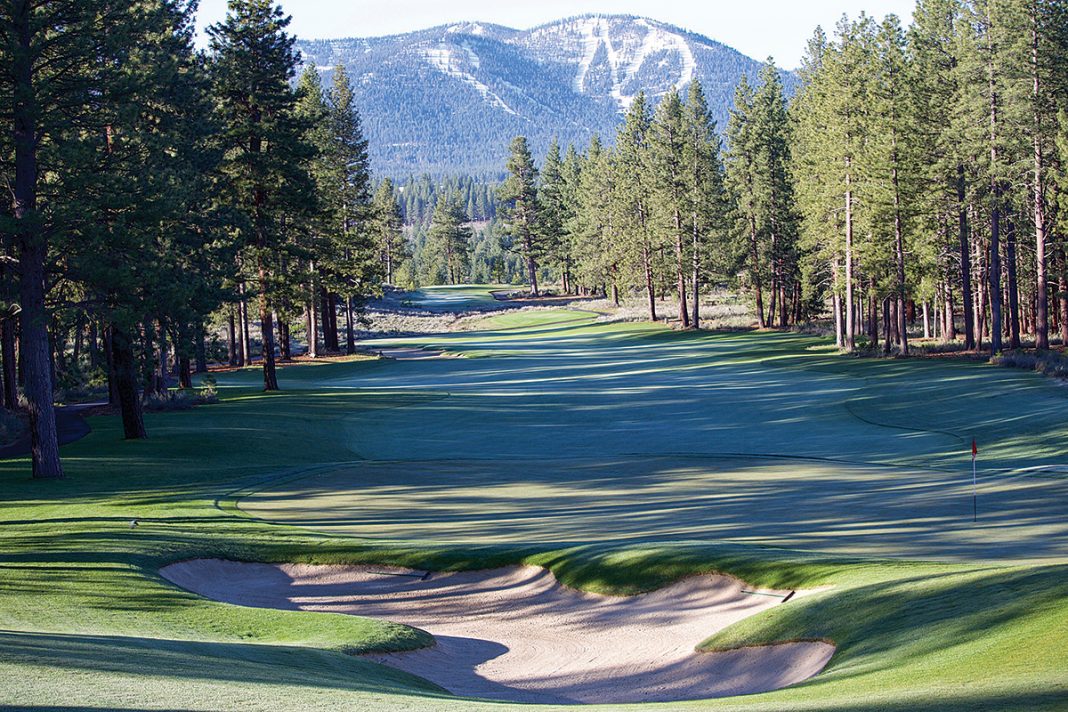 After more than two decades at Reno’s Montreux Golf and Country Club, the Professional Golfers Association Barracuda Championship will be played this summer at Old Greenwood.

“We’re excited about our new home,” said Barracuda Championship tournament director Chris Hoff. “We certainly weren’t expecting a global pandemic in our first year at our new golf course. That has thrown — wrench isn’t even close to describing it.”

Broadcast on the Golf Channel in nearly 225 countries, the event draws players from around the world, with 132 of the best set to descend upon the region July 27 to Aug. 2. They’ll be competing for a purse of $3.5 million and 300 FedEx Cup points.

Typically held the last weekend of July, this year’s event had originally been moved to the July Fourth weekend on account of 2020 being an Olympic year. When the Summer Games were canceled due to COVID-19, the Barracuda Championship returned to the original dates.

“It certainly was a bonus for us to get pushed by three or four weeks to give us a little cushion,” said Hoff, thankful for the extra time to adapt to new health and safety measures to follow social-distancing and sanitary guidelines. It’s also convenient because the first major championship of the season will be held in San Francisco a week later, enabling players to avoid flying and instead make the trip by car.

With the championship just a month and a half away, there remain a great many variables for which actions could come down to the wire. As of press time, organizers are hopeful to be able to have spectators but recognize the possibility that it might not happen.

“The safety of the participants, the safety and health of the community, is by far number one on the list for the PGA Tour,” Hoff said.

As such, players and anyone from out of the area who are involved with the tour will be subject to COVID-19 testing prior to leaving their place of residence and again upon arrival. All will be subject to daily screenings, and should an individual test positive, a mandatory 10- to 14-day quarantine will immediately be enforced.

“We can’t eliminate 100% of the risk, that’s just a known fact,” Hoff said. “The measures and the precautions that we and the PGA Tour are taking are not only for the players, caddies, and participants’ benefit, it’s just as much for the local community. The last thing the PGA Tour and Barracuda Championship want to do is bring an infected individual into a new market and that’s why you’re seeing these testing measures in place … The town and the area can be, and should be, very comfortable with the event coming to the area because of those measures.”

Organizers are excited to shine a light on the Truckee/Tahoe region for the world to see, while working toward building a long-lasting relationship with officials and the area in general.

“This is really a very special thing that we can have in this area,” said Reno-Tahoe Open Foundation board chairman Jesse Haw, noting that there are only 46 total PGA events in the world. “We’re representing the area. We’re telling the story to the whole world [about] what a special place we live in and showing how different we are from other areas that have tour events.”

The foundation is the 501(c)(3) nonprofit that oversees the Barracuda Championship. Board director Kevin Murphy recognizes the long-term economic effects of bringing a professional competitive event to the area. “What gets me really rolling is that there’s going to be some residual benefits for our community,” he said. “Anything residual that could help out our retail or restaurants is … just critical for us right now… It sets us up for the future … It’s just something that we really have to put our arms around and embrace.”

Any proceeds after costs are donated to charitable organizations. Over the past 21 years, the Reno-Tahoe Open Foundation has donated $4.4 million to local charities.

“We’re looking forward to engaging with as many charitable organizations as we can in the Truckee area,” said Hoff, who also serves as executive director of the foundation. “That engagement is going to look different this year, but again, we’re looking to hopefully be able to benefit those and set the stage for ‘21 and beyond.”

Looking toward the future also includes fostering a solid, long-lasting working relationship with officials on the state, county, and local levels. By entering a new market, a new community, the 20-plus-year relationships that had been built over time no longer bear weight on planning the event, with only a few phone calls required to get the job done. But Hoff said he and the others are happy to take the time acquainting local officials with the PGA and the championship event alike.

“I really feel like setting [a] precedent this first year and having this pandemic to go through, we’re going to really be able to show these new partners just what kind of organization the Barracuda Championship and the PGA Tour are, what we’re capable of,” he said.

Up-to-date information on the event can be found at barracudachampionship.com.

Main Image Caption: PAR FOR THE COURSE: After 21 years at Montreux Golf and Country Club in Reno, the PGA Barracuda Championship is moving to Truckee and will be played at Old Greenwood. Courtesy photo