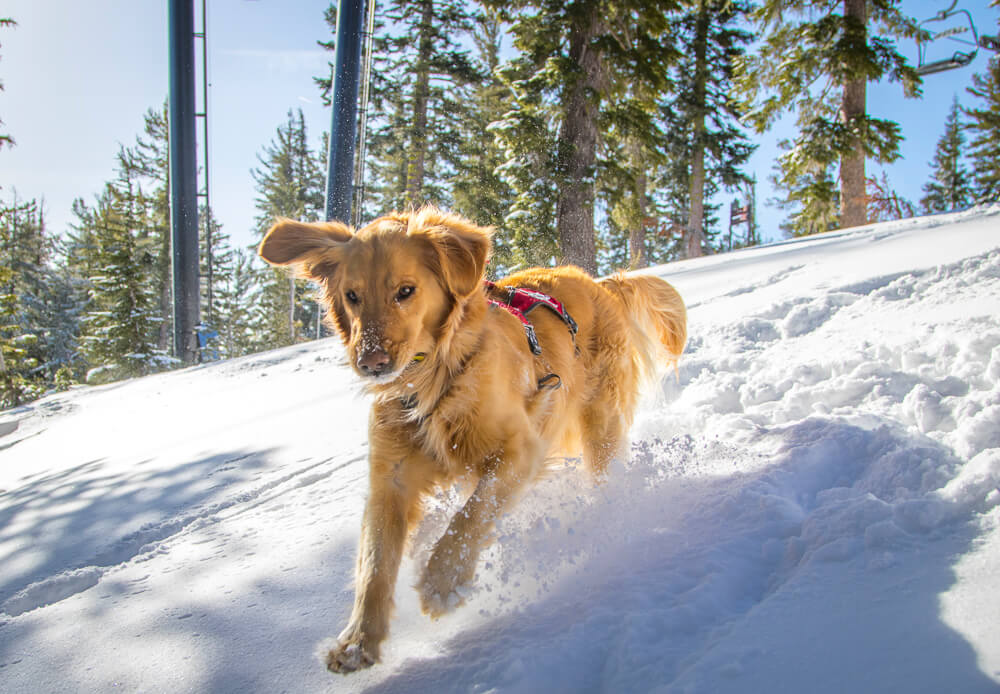 Ski patrol. The thought might conjure the omnipresent white cross on an authority figure who has pulled your pass or barked at you on Mountain Run. Or, if you’ve been hurt, they may be the halo-ringed savior who came to your aid. Whatever the experience or opinion, these men and women get up before dawn to get the ski area open and keep it safe, as well as respond to emergencies 24/7 in the backcountry. Some volunteer their time, and none are making a fortune.

They can even be scapegoats in some cases. Zealous resort-goers unfairly bemoan ski patrol when a slice of terrain doesn’t open at a time to their liking. But bottom line is that safety is what they prioritize, despite the rumor mill about keeping terrain closed for the weekend masses or for themselves. They will risk very real danger — five ski patrollers have died nationwide on the job from avalanches since the winter of 2006/07, with two of those fatalities in Tahoe — but giving back, helping others, and experiencing the mountains are the forces that keep them working hard.

Here, we give a platform for two individuals that are part of the type of teams that keep millions of skiers safe around the world, and to give a big Thank You.

NO DAYS OFF, NO PAYCHECKS, NO REGRETS

Though Chris McConnell has been active for 10 years with Tahoe Nordic Search and Rescue, has been on many searches, and is acting president, he could barely stand to mention any individual accomplishments that might put himself ahead of the team, underscoring the camaraderie of the operation.

“There are so many heroes on the team,” he said, adding that around 10 currently active members helped found TNSAR in 1976. “It reinforces your humble side to know these guys may be a local carpenter or something in the day, but are willing to drop everything and go out in any condition.”

TNSAR, which will be going into its 40th year in 2016, is a 100 percent volunteer search and rescue organization that has rescued 500 people during 300 responses. They collaborate with local ski areas, the Nevada and Placer county sheriff’s departments, and the public, to lead or assist in rescue operations.

The group was founded on a tragic note in 1976, when 12-year-old Lance Sevison was lost to the mountains near Northstar Resort. At the time, there was no equivalent to TNSAR, and the boy’s father Larry — who is one of the founders and still active — made a commitment to keep those kinds of calamities from happening again.

“His loss was profound, but it served to build a legacy. We have become a world-class example of a grassroots community effort,” McConnell said.
The team has around 150 active members, with about 60 members on the A-team — the top-tier members with the most experience, certification, and abilities. Next is the B-team, which offers a way for members to gain experience, as they often mentor someone on the A side.

If someone goes missing in the backcountry and a call is made to 911, it is relayed through the sheriff’s department, then to the TNSAR dispatch system, through which a team is fielded to orchestrate the rescue. McConnell says it is normal to have around 25 people for a given rescue, comprised of a mix of cross-country skiers, snowmobilers, and snowcat drivers. On an average year, between 10 to 20 on-snow rescues are carried out.

McConnell became interested in this line of work when he met members of TNSAR on a backcountry trip more than a decade ago and saw “that these were the people that were giving back.” He wanted in. He attended one of the regular meetings, received a great welcome, and grew from there. He still considers himself an intermediate backcountry skier and is adamant that there is a job for anyone that is interested and enthusiastic, and that high-level skiing skills are not a pre-requisite.

Pagers and phones can, and do ring at all times in the night, but the rewards massively outweigh the struggles, and he says seeing a loved one returned to their families holds a special power.

“That’s the magic of it — bringing someone back. There’s lots of emotion in those moments,” McConnell said. “I’ve been at the scene of a reunion, and it’s not uncommon to see tears from the families and the searchers.”

TNSAR’s main fundraising event is the Great Ski Race, which has been cancelled the last three years due to lack of snow. To get involved go to thegreatskirace.com

LONG DAYS AND LOTS OF SKIING

During snow safety days (pow days to the layperson), Robin McElroy is in the Squaw Valley patrol locker room at 6 a.m. for the morning briefing. On mega-busy stretches such as the Christmas holidays, it’s 5:30.

Well before it is even light out, McElroy gets briefed on the weather — recent snowfall, wind, weather, temperature, and details on what the avalanche situation is like — before getting assigned to an avalanche route with a partner. There are 32 established routes at Squaw, and if the winds and conditions are deemed safe for blasting, the crews proceed with controlling the routes via explosives, intentionally bringing avalanches down so the slopes can be deemed safe for the public.

When the route is done, a supervisor will assess the situation and see if a second pass is needed, or if additional safety measures, such as ski cuts, are needed. All this usually occurs before the resort even opens and before a full day of assisting the public and a multitude of tasks brings her day to winding down around 5:15 p.m.

“The powder makes for a lot more work,” said McElroy, 34, in earnest, though in full appreciation of this season’s bounty.

Although the day is full of radio cackle, talking with guests of all dispositions, and the buzz of a high-volume ski resort, the quiet minutes are the reward. Her favorite aspect of the job is the solace she finds at the beginning and end of each day.

“The coolest thing is being on the mountain all by yourself in the morning and finding a peaceful moment even if it’s howling and windy,” McElroy said, who has been patrolling for 10 years. “At the end of the day, when doing sweeps in a place like KT-22 you get this great alpenglow light.”

Despite the undeniable hard work and professionalism of ski patrol, unruly and often unappreciative guests are simply part of the territory. She says she gets a lot of people saying, “Thank you!,” as well as “Ski patrol sucks!” throughout a given day*, both from newbies and locals.

“There has been powder fever this year,” she said. “People have been disrespectful of closed areas and are maybe forgetting or not believing that the only reason an area is closed is because of safety.”

But the original reasons for getting involved — advice and encouragement from legendary longtime Squaw patroller Wes Schimmelpfennig — remain intact.

“I love skiing and I wanted a job on the mountain, and it’s worked out.”

*During our interview, she was interrupted by a guest asking where she could drop off cookies as a way to thank another patrol member. McElroy reports this is not an everyday occurrence.