Home Sections Sports and Outdoors Skiing in a Warming World

Picture a 40-day ski season. Recent studies have suggested that if carbon emissions aren’t curbed in the coming decades, it could be the norm in 70 years.

Tahoe is once again buried in record snowfall, making it tough to imagine a world in which the future of skiing might be in jeopardy. Weather and climate are two very different things, however, and regardless of what we see each time we look out our window, scientists agree that change is on the horizon. One 2017 study out of Boulder, Colorado, which computed over 300,000 years of climate model situations, recently assessed the length of ski seasons at 247 ski resorts across the country. While higher elevations such as the Sierra Nevada and the Rocky Mountains fared better than others, Tahoe’s ski resorts are still expected to experience a significant change regardless of whether carbon emissions are reduced. 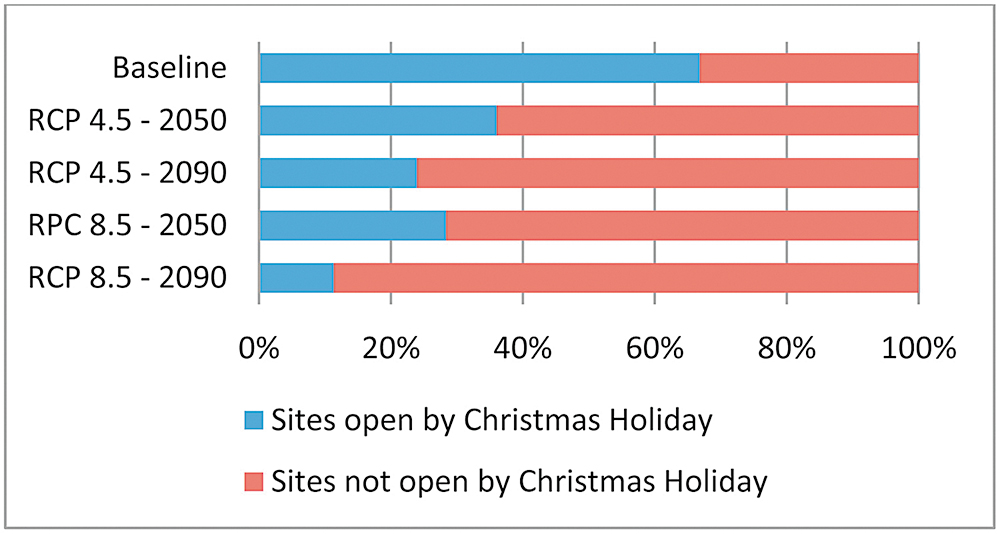 The study used five varying climate models to make predictions for 2050 and 2090 based on two different scenarios, RCP4.5 and RCP8.5, the same scenarios as mentioned on p. 15. RCP4.5 assumes we can get emissions stabilized by 2040 and heavily reduced by 2080, RCP8.5 assumes emissions continue unabated. If the latter were to occur, a National Center for Atmospheric Research climate model predicts Alpine Meadows could see its season shrink from 153 to 62 days by 2090 in the worst-case scenario. That same scenario predicts a decrease to 101 days if emissions are reduced.

Any decrease will affect more than just the ski bum’s search for a 100-plus-day season; the economic impact is enormous. The Boulder study predicts, “season length changes could result in millions to tens of millions of foregone recreational visits annually by 2050, with an annual monetized impact of hundreds of millions of dollars.” While this data refers to the country at large, it is still a sobering note for a region heavily dependent on its winter tourism industry.

“Those predictions, obviously they’re of concern to everyone, which is why there is a mobilization around making changes,” Ski California President Michael Reitzell said, regarding the forecast for shorter seasons. “To me there’s no point in arguing what’s going to happen in the future when we can all sit back and say, ‘It’s better for our environment if we take certain steps.’ Is it better for our environment if we reduce carbon emissions? I think the universal answer to that should be ‘yes.’”

As of this writing, both Squaw Valley Alpine Meadows and Northstar California have taken steps to reduce their carbon footprint through pledges for 100 percent renewable power, among other environmental initiatives. Squaw Alpine entered an agreement with Liberty Utilities in February 2018 to purchase 100 percent renewable power through the utility, but as of yet the agreement is still held up in the California Public Utilities Commission process. Liberty’s “green tariff” rate for renewable power, which Squaw’s president and chief operating officer Ron Cohen said would be a roughly 10 percent addition to the current rate the resort is paying, was submitted to the CPUC a couple of months back but is still making its way through the process.

“This is a frustrating thing, right?” Cohen said. “I mean you have the state which has these goals around converting everybody to renewables but the process to get there is, obviously, it’s very Californian; it’s arcane and bureaucratic.”

The resort also rolled out a new parking initiative this year called POW Parking that Cohen said has multifaceted benefits. The system sets aside increased parking space at the resort for carpoolers, which both takes cars off the road and makes the most use of Squaw’s limited parking area. So far, the resort estimates the project has taken 9,692 cars off the road this season as of March 1. It also estimates its Drink Mountain Tap initiative has removed over 46,000 water bottles from the waste stream. 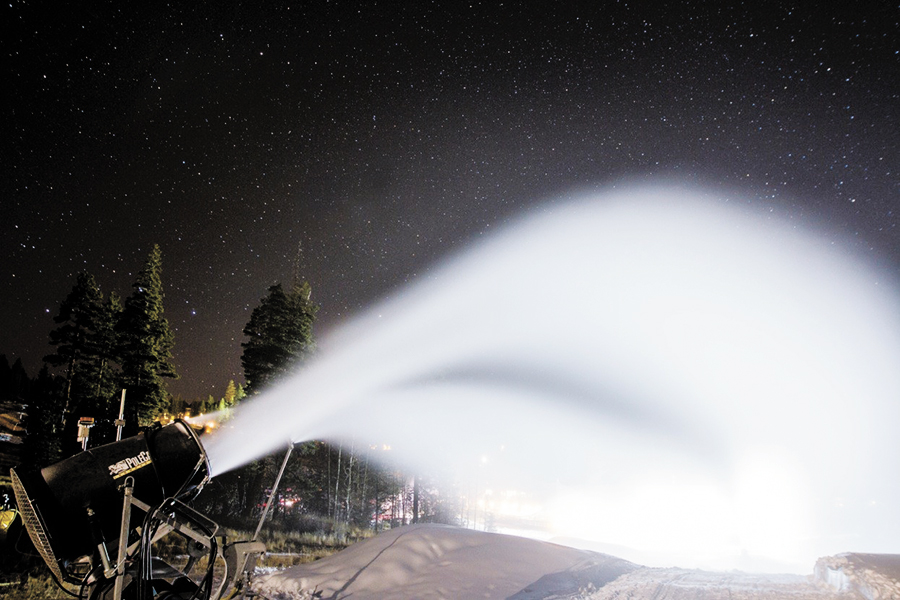 At Northstar, big changes are going through as a part of Vail’s larger “commitment to zero initiative” — meaning zero net emissions, zero waste to landfill, and zero net operating impact to forests. Vail sustainability director Kate Wilson said all of Vail’s resorts, including Northstar, Heavenly, and Kirkwood are set to meet the zero net emissions goal by 2020 due to the purchase of 74 megawatts annually from a wind facility in Nebraska, from which power sales would effectively offset all of the company’s power requirements. Zero net operating impact to forests is being met by first reducing overall impact as much as possible by looking at all business decisions through the lens of sustainability, and working with the National Forest Foundation on partnerships that offset what aggregated impact the company does have. The zero waste to landfill, Wilson says, is the most difficult of any of these efforts.

“The zero waste to landfill pillar is really, really hard,” Wilson said. “If you think about having a hamburger at 10,000 feet, right, how did it get up there? And if you don’t eat the whole thing how does it get down to a composting facility?”

Both resorts also recognize the need not only for climate mitigation, but also to adapt to the changes that are already occurring. Snow levels have already risen significantly in the last few decades, see p. 15, a trend that is predicted to continue. Snowmaking has therefore become an increasingly large investment for resorts across the country. Squaw put $1 million into snowmaking improvements last year, Northstar added 24 low energy snow guns, Sugar Bowl doubled its snowmaking capabilities with $3 million in improvements, Mt. Rose installed 17 new guns, the list goes on. Wilson at Vail says another means of adaptation is moving toward more summer options for pass holders and other customers.

On top of the climate-related actions that these and other ski resorts are taking — Diamond Peak in Nevada became the first ski resort in the Tahoe area to receive STOKE certification for its sustainability efforts last year — there is also a political aspect to climate change that local ski resorts are poised to influence.

“Ski resorts are on the bleeding edge of climate change,” said Matt Tucker, ski industry liaison for the Citizens Climate Lobby — Tahoe Chapter. Tucker is tasked with reaching out to the local ski resorts and major players in the ski industry to drum up support and endorsements for climate legislation. “You could call [ski resorts] the canary in the coal mine and we want to use their pulpit, their platform, to reach as many people as we can because there are not only a lot of people who depend on skiing for their livelihood, but there are a lot of people who truly love to participate in winter sports.”

Skiing in a Warming World
Music