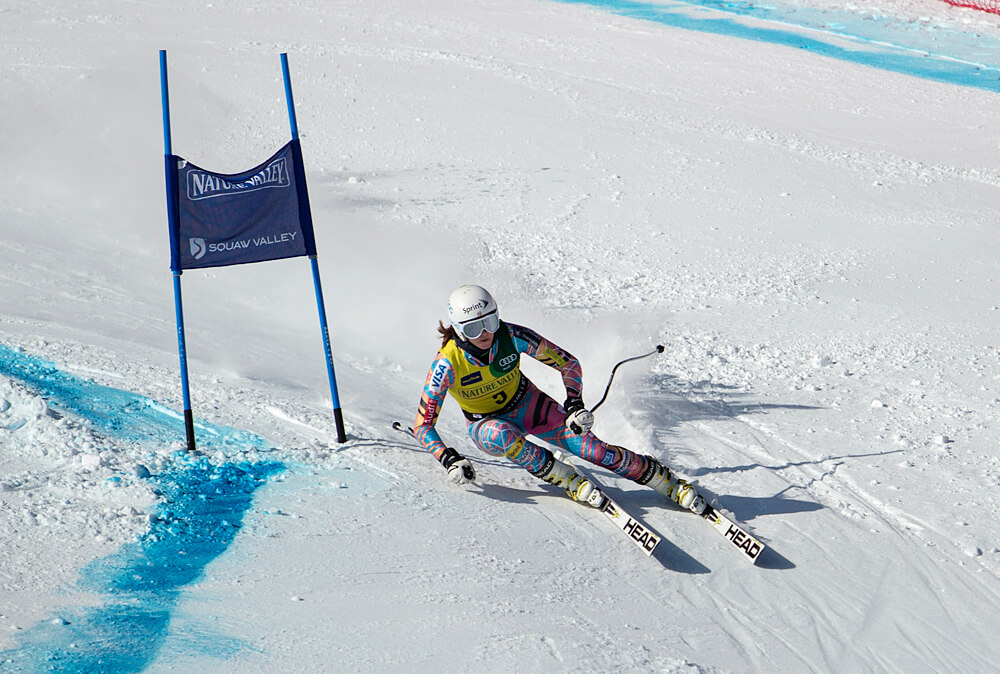 With the 2014 Winter Olympics in Sochi, Russia just around the corner and Tahoe’s bid for the 2015 Winter X Games up in the air, Squaw Valley hosted some of the world’s best skiers at the Nature Valley U.S. Alpine Championships March 20 to 24.

The race was the culmination of the alpine racing year with more than 500 athletes from across America converging at the home of the 1960 Winter Olympics in the hunt for U.S. titles. And the contest was a showcase for Tahoe’s ability to host a major winter event. Tahoe’s bid to become the home of the X Games, a proposal that X Games events be split between South Lake and North Tahoe in 2015, is under review.

Despite the postponement of the first day’s race schedule because of rain, the Squaw Valley racing team worked hard to get the course into tip-top shape for downhill and slalom skiing. Over the course of four days, Squaw was the home to thousands of spectators and perfect spring conditions.

A strong showing of local Tahoe talent was on hand, each athlete trying to make an impression on the home crowd. Squaw celebrity and Olympic gold medalist Julia Mancuso took full advantage of her home field advantage by winning the women’s giant slalom on the first day of racing. The victory was her 16th career U.S. title, which gave her more wins than any man or woman in history. Mancuso also placed third in women’s super-G behind Laurenne Ross of Bend, Ore. and Truckee native Stacey Cook.

Tim Jitloff, who grew up in Truckee, won the giant slalom for the fourth time of his career ahead of yet another Squaw skier, Nick Daniels, who finished sixth.

In addition, the Village at Squaw was the home to a fireworks display, a daily live music line-up including the Wailers, Chali 2na, and local musician Matt Reardon, as well as the spectacle of a skydive by local athletes JT Holmes, Timmy Dutton, and Erik Roner into Squaw. Squaw Valley offset all carbon emissions by purchasing carbon allowances on the California carbon exchange for the event, making it the greenest Alpine Nationals ever.