Home Sections Sports and Outdoors Oh Say Can You Ski 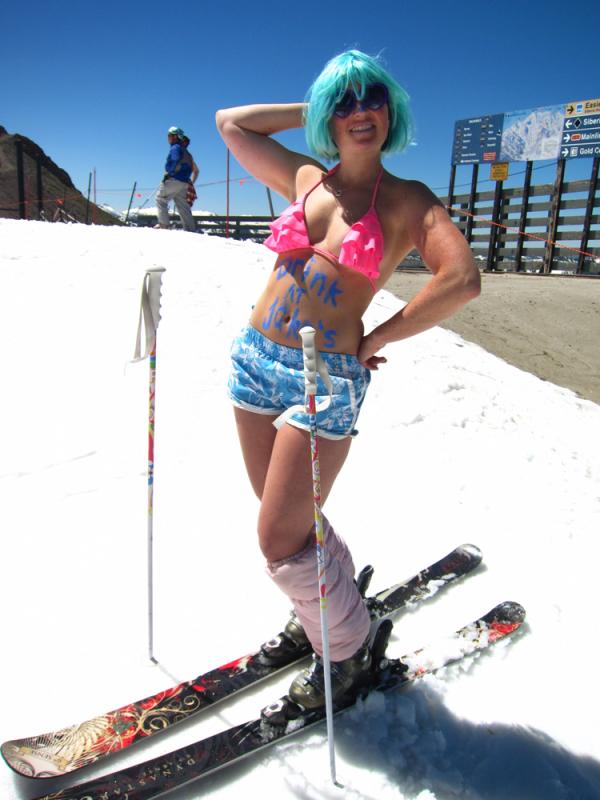 After all the seemingly unending snowstorms and a spring that felt like midwinter, why would Tahoe want to flip back the calendar and have one more weekend on snow? Because summer skiing throws the best of Tahoe’s two favorite seasons together — soft snow and shorts, music and moguls, buttery turns and bikinis.

Tahoe ski resorts spun the lifts once more this season on the Fourth of July weekend, delighting crowds of skiers and riders who were able to get a final lift-served taste of winter before the meltdown kicks into overdrive.

Squaw Valley held its famous Cushing Crossing pond-skimming event on July 3, before Big Head Todd and the Monsters laid down their blues-inflected tunes and fireworks thrilled those who stayed until dark.

Alpine Meadows took the award for the most vertical served, running its Summit Six chair for top-to-bottom skiing, riding, and revelry.

Sugar Bowl opened up for one day only, and only for passholders, on the Fourth of July. Skiers shredded summer snow next to blooming wildflowers and snowmelt-swollen streams.