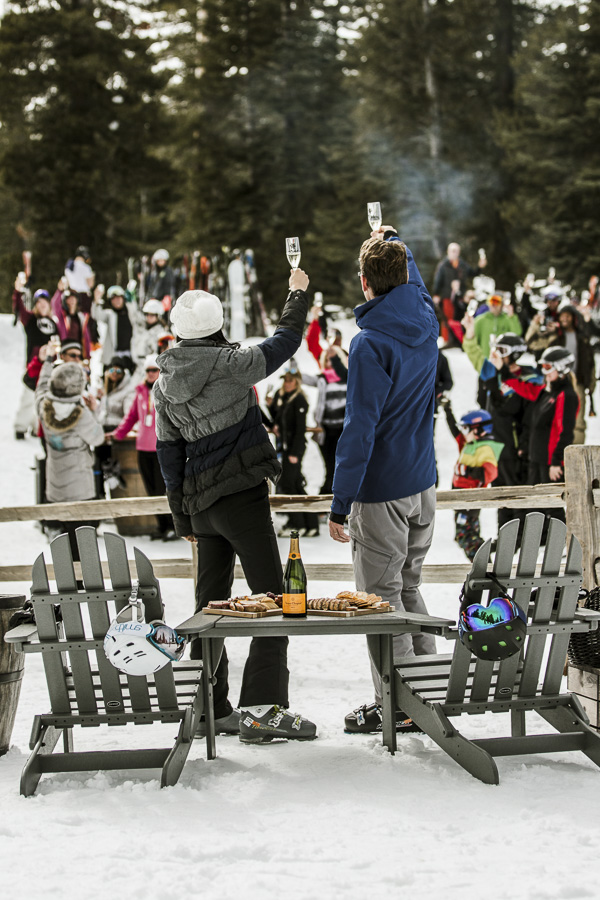 For some, summer is simply a time to prepare for the next winter. Whether it’s working like a dog trying to save enough money to ski-bum it, building up a quiver of new sticks at off-season prices, or saying “to heck with it” and flying to Patagonia, everyone is looking forward. Our local ski resorts are no different, and they’ve all got a batch of new toys they’re excited to play with, from equipment to programs to passes. Here we’ve rounded up all the updates at each mountain so you can see what you’ve got to look forward to.

ON MOUNTAIN: Squaw Alpine doubled down on avalanche mitigation over the off-season, investing $4 million in snow safety and technology. This year’s shopping list included four new avalaunchers — compressed-nitrogen cannons that fire explosive charges from long range — Squaw’s website likens them to a potato gun; and 13 Gazex “dragon” installations which use propane gas and oxygen to create remotely triggered concussive blasts at key locations on the hill. But that’s not all! Topping the list this year was an Astar 350 B3 helicopter with some pretty sweet digital camo graphics. Outside of tech, Squaw’s mountain operations leaders received special avalanche training led by the Karakoram Group, which leverages a background in elite military training to develop high-performing teams.

PASSES: Squaw’s Fly and Ski Free deal lets guests arriving via commercial airline ski or ride free on the day of their arrival, which is a great value if you’re up to the challenge.

ON MOUNTAIN: Vail made an “Epic Promise for a Zero Footprint” this year, and Northstar is along for the ride. Vail hopes to implement low-energy snowmaking equipment, efficient grooming practices and equipment, future development impact reduction, and improvement to the recycling and composting programs by 2030. Keep an eye on Northstar, as on-mountain improvements will be commonplace over the next decade, following the approval of Northstar’s master plan by Placer County last February.

PROGRAMS: Northstar released a bevy of new programs this year, and we noticed many of them involve champagne … from their marshmology classes and après hours to their snowshoeing and stargazing tours, it’s all about the bespoke experience this year. For the early risers and sunrise lovers, Northstar created First Tracks, where Adventure Guiding and Learning Center mountain guides take two intimate groups on a tour of the mountain before lifts open to the public. Bonus: Those who can afford to blow enough money for about 250 season passes in four nights should look into the Ritz-Carlton Lake Tahoe’s Après Adventurist Packages.

PASSES: The new Platinum Piste Pass gives skiers and boarders exclusive access to a run that rotates by location each Saturday. It’s like your own private California.

ON MOUNTAIN: Sugar Bowl kicked off an aggressive capital improvement plan in the early 1990s and hasn’t slowed down since. $3 million in capital investments this year match last year’s expense, part of which they have used to renovate the Historic Schule Haus to create a full-service children’s ski and snowboard school. Investments were also made in grooming and snow removal equipment, tree removal, and snowmelt diversion systems.

PROGRAMS: The foodies out there will be pleased to hear that the resort has partnered with two-time James Beard Award-Winning Chef Traci Des Jardins from San Francisco. Des Jardins will assist in the development of new menus across the resort, including the historic Belt Room Bar, Village Lodge Dining Room, and the Nob Hill Cafe.

PASSES: The early bird gets fresh tracks. Purchase two days in advance and receive $50 off tickets; or three nights lodging and two adult 3-day lift tickets for $104.50 per person.

ON MOUNTAIN: Mt. Rose invested $2 million this year into renovations to the resort, including a first-of-its-kind dual conveyor system that will give beginners a lift protected from the elements. It turns out it’s much easier to enjoy learning how to ski when you’re not being sandblasted by snow crystals. The resort has also included additional investments into snowmaking, one of its strengths due to its 8,260-foot base elevation. Additional projects include snow grooming capabilities and facility upgrades at the Winters Creek Lodge base area.

ON MOUNTAIN: Diamond Peak will be opening its new Lakeview Terrain Park, accessible via the Crystal Express and Ridge chair lifts. The resort has also increased snowmaking and water pressure for its HKD high-efficiency tower snow guns, and brought on a new PistenBully 400 ParkPro 4F grooming machine to the fleet.

PASSES: For the traveling types, Diamond Peak is offering season pass holders 44 complimentary lift tickets at 11 partner resorts across the country, including Boreal and Homewood.

ON MOUNTAIN: Boreal made a leap in the renewable energy world this fall, unveiling the largest solar installation in the California ski industry on the roof of the Woodward Bunker on Sept. 16. The system is projected to generate more than 325,000 kWh of clean electricity annually, enough to power the equivalent of nearly 30 residential homes.

PASSES: It’s all about the Feel Good Fridays, when guests can buy a lift ticket for $25, with $5 donated to a charity.