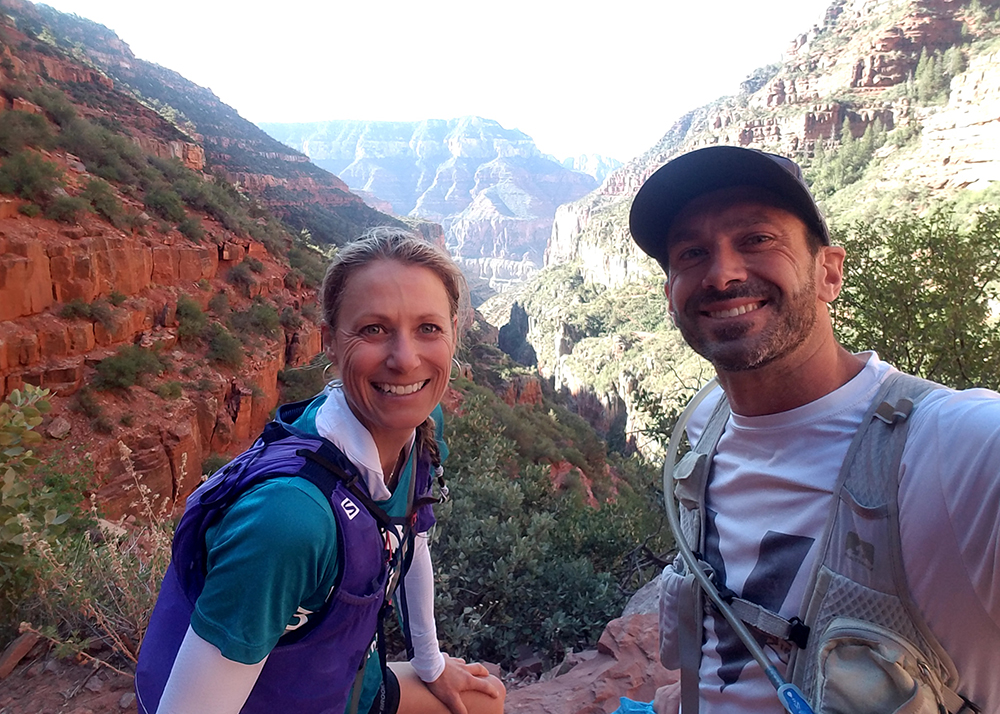 Alison Hardy, aka Timba Nova, was born and raised in North Lake Tahoe, where she cultivated a strong love for the mountains and wildlands of Tahoe early on.

“Any time we went on vacation it wasn’t to a four-star resort, it was to the middle of the woods somewhere with five kids and a van packed full of stuff,” Hardy said. “It was kind of bred within me to always love the outdoors.”

Her early days of running high school cross country and ski racing later evolved into a love of trail running and backcountry snowboarding. Her other pursuits, yoga and crossfit, are also her job, and Hardy says she’s managed to find a way to combine work and play in the most fulfilling way. While some may say blurring the line between the two can be a mistake, for Hardy teaching yoga and crossfit is an endlessly gratifying experience. When she talks about the people she helps to better themselves in the gym, she does so with overwhelming emotion in her voice.

“The clients don’t see it, but every time I shut that door I thank each and every one of them for their hard work, and their dedication, and the days that they get pull ups or they get their toes to the bar. I’m in the corner crying because I’ve watched them work so hard for that. I know just as much as they do that it is hard work,” Hardy said.

Hardy says she sees her own growth in every client she helps along the way. She knows a thing or two about the difficulty in turning yourself around and choosing to take a healthy path, having found sobriety five years ago. Once quitting alcohol she found that she had a store of new energy to spend outside, and began waking at or before the crack of dawn at every opportunity to run, board, or whatever fell in between.

“I am thankful for the opportunity to share this awesome passion that has literally saved my life,” she said. “I was an alcoholic and addicted to drugs through my entire 20s, and now that I’m sober, it’s given me something to rely on, that’s a constant, and that makes me feel good. And, as I get more sober and more strong I think, ‘Ah, I’m going to train to be an ultrarunner.’ I never thought I’d wake up at seven in the morning and go running, but now I crave that.”

Jay Wilsey came to Tahoe in an unusual way — he walked here from San Diego. About halfway through a backpacking trip along the Pacific Crest Trail in 2015, Wilsey stopped over in Truckee to stay with some friends and take a breather, and ended up staying for three weeks. When he finished up his hike he knew without a doubt where he wanted to come back to: the granite paradise he had traversed in desolation had made its mark. “With [friends’] encouragement, I knew that’s where I wanted to land,” he said. He now devotes his time to building his massage business in Truckee and running every chance he gets.

Wilsey grew up in a small conservative community in Central Utah before moving to Colorado Springs for a massage job and then to Hawaii. It was in Hawaii that Wilsey first discovered the “ethereal dream state” that is surfing, and it became one of his greatest passions. After moving to San Diego, and eventually Truckee, he took everything he loves about surfing and translated it to running — hundreds of miles from the pacific breaks.

Wilsey now runs about four to five days, and averages about 50–60 miles a week — a total he laughingly says is kind of low for someone training for an ultramarathon. He’s planning on running the Wasatch 100-mile race in September.

He has run one 100-miler before moving to Tahoe, in Big Bear, which he said went well. But, possibly a bigger achievement was his completion of the Grand Canyon R2R2R this year. The Grand Canyon race involves running from the South Rim of the Canyon, down and across the Colorado River, up to the North Rim, and back to the South Rim — 11,000 feet of total elevation gain in a canyon hot enough to fry an egg on the sandstone. Wilsey had a head cold at the time, and still crossed the finish line.

“It was easily the hardest 45 miles I’ve ever run, and also the most beautiful,” Wilsey said. It’s the vistas that are one of Wilsey’s favorite parts of running, as well as its simplicity and health benefits.

“It keeps your mind active; it refreshes the synapses that happen in your mind; it makes you feel good,” Wilsey said. “You can make it pretty easy; just a bottle of water and your shoes.”