Home Sections Sports and Outdoors It’s Not About the Jeep 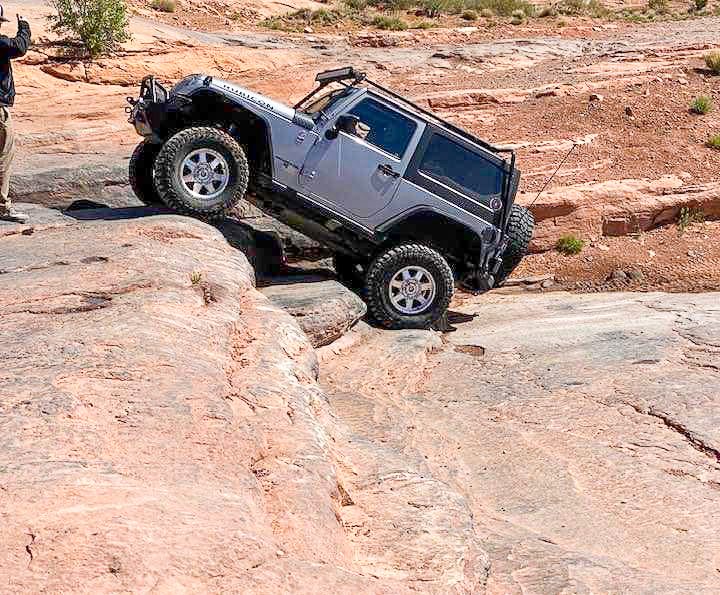 You don’t have to own a Jeep to be a member of the Tahoe Donner 4 Wheelers club.

The open, welcoming Tahoe Donner-based nonprofit has no requirement for what type of truck you bring, as long as it helps you have fun. Granted, it should be able to handle what the sand, rocks, and ruts of the greater Sierra Nevada region tend to provide.

As enthusiasts will confirm, there is something about the iconic off-roader that makes it such a popular option for club members. Most are trail ready right off the factory floor.

However, in a conversation over fried eggs and whipped cream-topped waffles at Truckee’s Coffee And diner with Eppley and club president William Ratcliff, I gathered that the off-roading part, the “Jeeping,” isn’t really what the club is all about.

In the same way we all use our daily cars, the rugged, modified trail-tacklers the club champions are more a means to an end. And those varied ends are all over the place — often literally. What I took from our meeting was that these guys are in it for the camaraderie, the community service, and as I learned, the history lessons.

I prepared to ask about the Rubicon Trail, off-road driving tips, and lift kits. Instead, I listened to tales of discovery involving remote fire towers and rare petroglyphs.

Just as e-bikes offer people access to go deeper into the wilderness, our region’s off-highway vehicle (OHV) trails are the most productive conduits we have to understanding the rich, rough history of the Sierra Nevada.

With the official support of the Tahoe Donner Association, Ratcliff formed the club in 2014 with a former member who has since relocated.

“We got thinking about all the clubs that were in Tahoe Donner and there wasn’t a four-wheel drive club,” Ratcliff said. “We got it going, and probably about two years later, I decided I needed to form a board of directors.”

Ratcliff and Eppley laughed over the fact that because they’re an officially sanctioned Tahoe Donner club, and admittedly, “since we’re all older,” they get loaned an AED (automated external defibrillator) to take on trips.

I was thrown off by the club’s demographic, thinking I’d meet a group of middle-aged adrenaline hounds, flat-brimmed dad-bros who put furniture on campfires and adorn their rigs with expletive-laden decals insulting non-Jeep owners.

Ratcliff’s other car is a Tesla.

I’m glad I was wrong, that I again realized how easy it is for us to think we know a group or a particular demographic.

Ratcliff and Eppley threw me off again when they confessed to not knowing a ton about how their trucks even work; but, hey, as long as someone in the group does….

Heavily service-oriented, the club helps clean up the Pole Creek Road trail, and the OHV manager of the Tahoe National Forest — along with his chainsaw — often hitch a ride with members when winter debris needs to be cleared. Along with a number of other regional 4×4 clubs, Tahoe Donner 4 Wheelers provides rides to physically disabled children and their equipment to and from Camp Nejedly, a summer wilderness camp situated an hour into the Sierra at Lake Hawley, north of Truckee.

Conscious of their impact, the group is devoted to the standards of Tread Lightly, a national nonprofit that monitors the impact of off-road vehicles on the environment. The group has two organized off-road trail runs a week, and twice a year does a larger, out-of-area trip, such as to Moab, Utah. Later this summer they’ll drive to Shaver Lake in Fresno County to cruise its Jeep-ready wilderness.

The club’s sense of togetherness encourages people to reach out to one another whenever the mood to start their engines strikes, Eppley said. Plus, safety demands always having someone else with you.

“The most dangerous thing you can do is go by yourself,” he said. “You have all these people with a shared interest you can contact, and then take off.”

That’s also because Jeeping isn’t a competitive sport, according to Eppley. It’s cooperative.

“The idea is to get everyone through the trail safely,” he said.

But that doesn’t mean every run goes without incident. The easiest way to get an obstacle named after you, Eppley said, eyeing Ratcliff, is to let it get the best of you.

The trails in and around Truckee and Tahoe are only the beginning for the Tahoe Donner crew. The pair bantered for the majority of our breakfast about a seemingly unending menagerie of easily accessible paths to our area’s hard-to-find past, discussing old mining sites, long-abandoned railroad beds, defunct lumber mills, and mounds of evidence of long-forgotten Old West communities and their residents.

Well before my coffee was cold, I knew this is more than a club for these guys, this is a passion.

Yet, it only costs $10 to join, which should tell you all you need to know about the people who comprise Tahoe Donner 4 Wheelers. Their mission is as much about its members as it is what they drive.

It’s Not About the Jeep
Arts & Culture