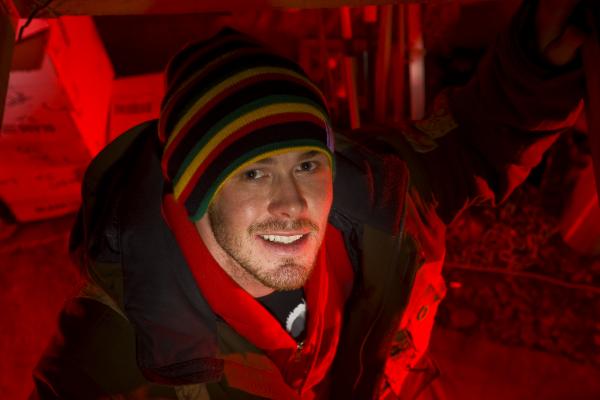 It is with great sadness that the North Lake Tahoe community mourns the loss of yet another of our brightest local ski stars. On Feb. 24, Truckee native son and freestyle skiing pioneer C.R. Johnson was tragically killed in a skiing accident at Squaw Valley. He was 26.

Though the tears have not yet dried over his passing, the pain felt by Johnson’s friends and family has been tempered by reflecting on his experiences, achievements, and outlook on life. A phenomenon of stunning talent and bewildering courage, C.R.’s life story inspires not just a smile but the joyous realization that his influence and legacy will last well beyond his years.

C.R. was the son of a Squaw Valley avalanche forecaster and was virtually born with skis on, developing an unquenchable passion for ripping a fall line from a very young age. This elementary experience served Johnson well as his progression from a Mighty Mite to a freestyle star was undeniably extraordinary. By 15, in his sophomore year at Truckee High School, C.R.’s skills set the ski world on fire when he stomped the first ever 1440 caught on film — a jump of four complete rotations.

Building on the buzz of his standout skills, C.R. continued to both impress and innovate over the next five years, winning U.S. Open and X Games medals in slopestyle and big air, and nearly reaching the podium in halfpipe. In 2002 he debuted an especially wild offering to the freestyle world, the Bio 1260, an off-axis 3.5 spin trick that is the forefather of the same corked spins that win big air contests to this day.

Alongside the competitions, C.R. also began filming with Matchstick Productions and Poor Boyz Productions, taking his trademark style to the backcountry jumps and cliffs with equally stellar results.  He tossed big floaty spins off everything and anything, making his video parts a showcase for some of the most progressive big-mountain freestyle skiing yet seen. In no uncertain terms, C.R.’s freestyle prowess, both in contests and in front of the camera, helped set a new standard for what was possible on a pair of shred sticks.

But just like his meteoric rise, Johnson fell off the top of the freeski world just as hard in December 2005. At a film shoot in Utah, Johnson and four other skiers lined up to hit a small natural jump in rapid-fire succession. C.R. launched first in the train but crashed and was struck in the eyebrow by the next skier in line. He suffered a nearly fatal traumatic brain injury despite wearing a helmet.

For the next ten days after the accident, C.R. was in a medically induced coma from which he awoke only being able to open his eyes. While not paralyzed, he was now tasked with re-learning every motor skill he had ever known, starting off with swallowing. Under the care of his parents and physical therapists, Johnson proceeded to recover his muscle coordination one movement at a time. First talking, then walking, and finally, after well over a year, very tentative skiing.

For a patient given a 10 percent chance of survival the fact that Johnson was back on skis at all was miraculous, but he had no intention of stopping his comeback at mere groomers. With a calm but still distinct swagger and a never ending smile, Johnson focused and fixated on regaining his true form — to be one of the best skiers in the world yet again.

In January of this year, C.R. came full circle on this renewed aspiration, taking third at the Red Bull Linecatcher contest, a prestigious freestyle event in France. Standing on the podium had him riding high right up until the day of his death and cemented his comeback as one of the most incredible returns to world-class athletic form ever accomplished.

Blessed with rarefied abilities and confidence, C.R. Johnson was a brave and inspiring soul. Though his time was cut short he lived every day in pursuit of what he loved and lived life with an intensity that was not only impressive first hand but made shock waves that still reverberate a decade later. Let us all look to the chapters of his life story as a motivation for our own — to build on your strengths, innovate with your talents, and never give up.

For a note from the Johnson family, click here.

Innovation and Inspiration
12:00 am