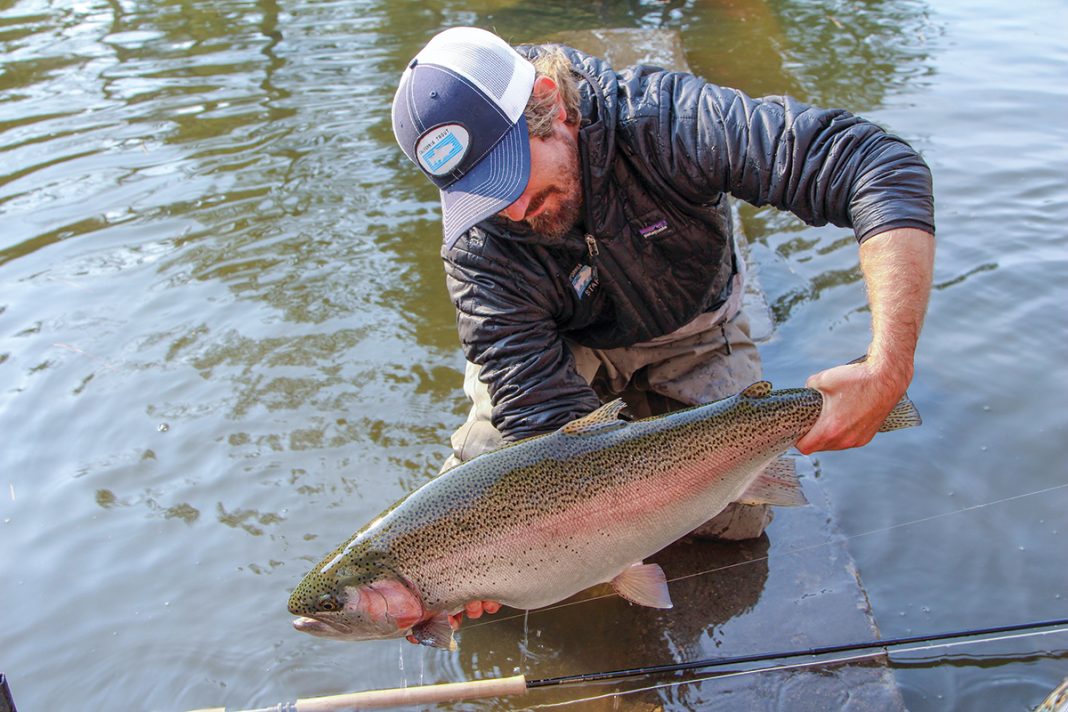 As wild and natural as our western streams and rivers may seem when wading their banks, it can be easy to forget they are fundamentally affected by mankind. Even the wild trout in the Truckee River are tethered to the fishing regulations that shape their ecosystem — a set of regulations that the California Fish and Game Commission is in the final stages of simplifying across the state after an almost two-year process. For the Truckee, this could mean heightened protection on a few coveted stretches, but at the expense of a sensitive and often overlooked stretch of river from Tahoe City to Truckee.

The new regulations came with a few local wins for conservation-minded anglers — there’s a two-fish bag limit for Prosser Creek downstream from Prosser Reservoir and the Little Truckee below Stampede Reservoir, and rules affecting the Truckee River between Trout Creek and the mouth of Prosser Creek are proposed to be eliminated and replaced by a zero-kill regulation, as well as being opened for fishing (artificial flies with barbless hooks only) all year. As soon as you step foot upstream from Trout Creek however, it’s a very different story.

The next 20 or so miles of river — from Trout Creek to 1,000 feet below the Fanny Bridge dam — has had a five-fish bag limit for decades, but only from the last Saturday in April until Nov. 15. Under the newly proposed regulations, fishermen could harvest five fish a day and have 10 in their possession throughout the entire year. For a highly visible section of a world-class wild trout stream, some anglers say this could be very detrimental to the fishery.

“In general, that [five-fish limit] reg is outdated,” said Michael Wier, a videographer for CalTrout, conservationist, and longtime fisherman on the Truckee. “My personal feeling is that no wild trout waters in California can sustain five-fish limits and still provide a quality angling experience throughout the year.”

Not only does limited stocking occur on that section of river, heightening the pressure on its wild trout populations, but it is also an important part of the river’s spawning run, Wier said. This means the loss of broodstock fish harvested there echoes up and down the river, even to the more protected sections like below Trout Creek and the famous fish at Fanny Bridge.

“I’ve walked that stretch (between River Ranch and Tahoe City) and seen eight big and beautiful wild trout in there, and then come back the next day on the opener and by noon five of those fish have been killed by people with bait,” Wier said. “If left in the water those same fish could have offered dozens of awesome angling experiences for conservation-minded anglers.”

Caltrout added a recommendation for added protection of this stretch to their final letter to the Fish and Game Commission. It asks for catch and release protections for the entire Truckee River, with only barbless hooks and artificial lures allowed between Tahoe City and Trout Creek.

The benefit of this angling experience not just to the ecosystem of the fish, but also to the region’s economy is becoming more and more apparent over the years. Angling visitation puts visitors in hotel beds and area shops, and employs a number of people locally as fishing guides. Truckee will even see the opening of its first fly fishing shop in almost a decade this summer, Trout Creek Outfitters, downtown (see Business Briefs, p. 21).

“People do seek these catch-and-release trophy trout fisheries across the state and that’s something that is limited in California,” said Sam Sedillo, California public lands organizer at Trout Unlimited. “Fishing is a huge driving force economically.”

Trout Unlimited and other local partners have also done some extensive habitat restoration projects in the area, specifically around River Ranch Lodge and on Squaw Creek. A landowner on the stretch and co-owner of Lost Coast Outfitters in San Francisco, Eric Adema, worries that the year-round five-fish limit would counteract that habitat work and further degrade the fishing on the stretch which already sees a lot of pressure.

According to Adema, the upper section of the river was looked over in early discussions about the regulation changes in favor of focusing on the more well-known wild trout stretches downstream. The Truckee to Tahoe City run has had a long historical use as a catch-and-keep fishery, while the region has many other opportunities for bait fishing and harvesting at the local reservoirs such as Prosser and Boca.

“You’ve got to balance all the needs,” said Peter Tira, public information officer for the California Department of Fish and Wildlife. “On the Truckee, a big river like that serves a lot of interests … there is going to be some catch-and-keep where it’s historically been available.”

Tira does highlight though that although the process is in its second year, the list of proposed changes is still very much a living document. The Truckee River especially has already seen a large amount of user feedback during the process, but primarily for the lower stretches from Trout Creek to the state line. This is the only section of river in the statewide document that has provided an extra option for consideration in addition to the proposed changes — an alternative added by the public advocating for a zero-kill limit all the way to the state line.

A 45-day public comment period will begin sometime around the beginning of July, leading up to a discussion hearing in Fortuna in August and an adoption hearing in Oakland in October.

“Anglers definitely have the voice to get involved,” Wier said. “I think more comments advocating for more conservation-minded regulations on the Truckee the better … we as a community want to move forward with strategies that honor and protect the natural heritage of this landscape.”

Main Image Caption: SKINNY WATER: The trout at Fanny Bridge are famous for their size but especially susceptible to low water.  In the drought year of 2015, over 30 rainbow and brown trout were relocated to Lake Tahoe when conditions threatened their survival. For more info: the photo is from the situation that spawned this story: Moonshineink.com/tahoe-news/saving-fish-in-a-barrel. Photo courtesy Mike Wier