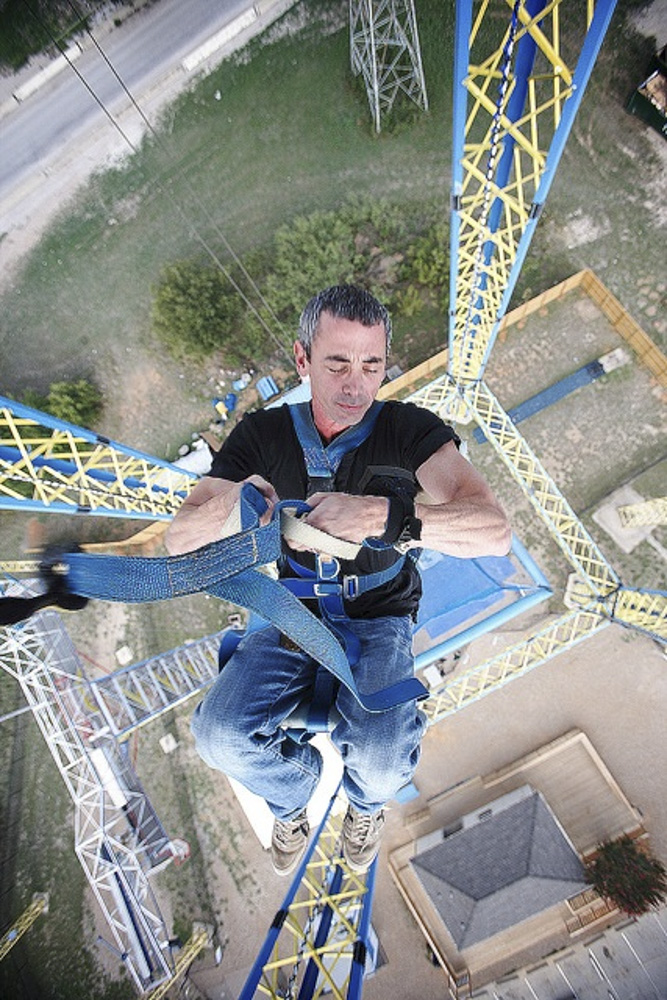 It’s that feeling you get when skiing and everything just clicks. Many athletes call it the zone, and jazz musicians refer to it as being in the pocket. It is the feeling of being so immersed in something that time seems to slip away without noticing. It improves learning, it enhances creativity, it can unlock happiness, and it is almost always responsible for peak performance. It is the phenomena of flow and it was born in the mountains of Lake Tahoe with its abundance of action sports athletes.

Steven Kotler, a New York Times best-selling author and former Squaw Valley resident, will be returning to Lake Tahoe on Feb. 20 on behalf of the Squaw Valley Institute to present on the topic of flow science. His 2014 book, The Rise of Superman: Decoding The Science Of Ultimate Human Performance, examines the flow state, looking at why it happens, how to make it happen more, and what it means to experience flow on a regular basis.

“Flow,” as Kotler writes in Rise, “is an optimal state of consciousness, a peak state where we both feel our best and perform our best.” A flow state is a triggered response to 17 known types of stimuli, examples of which include intensely focused attention, creativity, and high risk activities.

For how flow works inside the brain, this blanket term encompasses changes in neuroelectricity, neurochemistry, and neuroanatomy. Certain parts of the brain are shut off so other parts can take the wheel, and there is a release of five specific neurochemicals that align in a delicate balance that only our complex human systems are capable of rendering. When combined they are more potent and addictive than any drug in existence, according to Kotler.

Not Only For The Crazies, But They Have Helped

While flow is often associated with extreme feats, Kotler explains that it’s not exclusive to elite athletes. “The state is ubiquitous; it shows up in anyone, anywhere provided certain initial conditions are met. Those conditions show up all over the place in action and adventure sports but by no means have they cornered the market on flow,” said Kotler.

Outside of athletic feats, something as simple as putting a pen to paper can result in hours of a flow state, but action and adventure sports reveal the most about its potential in modern humans.

“Action and adventure athletes have used flow to push performance faster and farther than any group in history, so their triumphs can become our teachers … surfing is a 1,000 year old sport and from 400 AD to 1996 the biggest wave anybody had ever surfed was 25 feet. Anything above that, everybody including surfers and scientists thought would be impossible. Today we are pushing waves that are 100 feet tall,” said Kotler.

The implications of flow are highly significant, and many scientists contend that flow makes life worth living, and may be the true root of happiness. In the book, he cites studies from the ’60s and ’70s that show people with the most flow in their lives score highly with life satisfaction, and that they are the most content, satisfied people on Earth.

Lake Tahoe’s role in flow science is framed by Kotler as nothing short of the birthplace of the modern flow state and a setting that allowed for a measurable leap in the evolution of physical human ability.

Though Kotler references many athletes and artists, no one was able to harness flow and cause the progressive paradigm shift in their sport like Shane McConkey did for skiing. Flow science attributes much of the recent progression in action sports to the foundation laid by McConkey. He is credited for establishing a lifestyle and approach to sport that showed there is more to great performance than can be measured in a lab.

“By the time McConkey was done, his chosen sport was barely recognizable as the same game,” said Kotler.

To bring more knowledge of flow science into the mainstream, Kotler has founded the Flow Genome Project. This international organization aims to map the full genome of flow by the year 2020 and make it available to the general public through open-sourcing.

Visit squawvalleyinstitute.org for more info on the event, as well as flowgenomeproject.com to learn more about flow science.

Go With the Flow