Home Sections Sports and Outdoors Beyond the Slopes 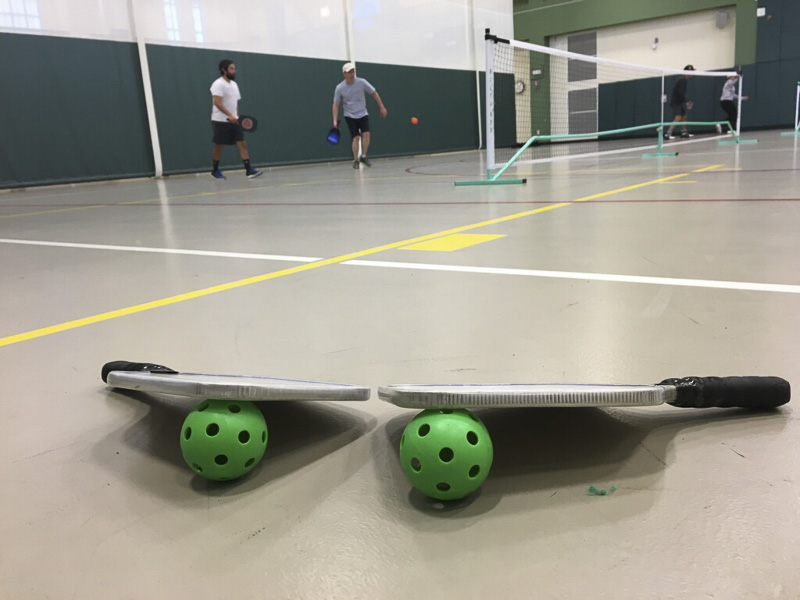 A lot of ink (and the digital equivalent) has been used to write about skiing in Tahoe. Obviously — more resorts than you can count on both hands, more than 100 lifts, world class backcountry offerings, The Palisades. It needs no repeating. And that’s why we want to devote some space to sharing the love with Tahoe’s less-renowned and equally-epic sports and activities.

While most locals certainly know it, if you were going only off media coverage, it might come as a surprise that there is, in fact, more to do here in the winter than ski — and I don’t mean snowboarding. For that matter, there’s more to do in the summer than hike and mountain bike. It’s time to celebrate the full breadth of recreation we have in our community.

Starting with the Truckee-Donner Recreation and Park District. TDRPD is as sure a place as any to find the diversity of recreation in our community. From common sports like hockey and indoor volleyball, to the more eclectic pickleball and broomball, the TDRPD offers a variety of sports for all interests and levels of skill and competition.

Hockey is played three-on-three, “pond hockey” style, with no goalies and a fast pace. While the Truckee Ice Rink in the Truckee River Regional Park is smaller than regulation — the community-driven Truckee-Tahoe Ice Rink Project is working to build a full-size community rink — hockey’s popularity is growing, with six teams in each of the district’s two leagues.

Futsal is the TDRPD’s most popular league with 15 teams. The indoor soccer matches are played in the gym at the Truckee Rec Center twice a week, reflecting the rising popularity of soccer in the community. Like hockey, there are two leagues at different skill levels.

The TDRPD also offers less typical sports, such as broomball. Originally played with classic corn brooms, broomball is played with a miniature soccer ball and a stick with a short plastic shovel at the end — think lacrosse stick with a sort of small, hard plastic net. It’s played six-on-six including goalies, and players wear “broomball shoes” rather than skates on the ice.

Originated on the frozen winter ponds of the Midwest, broomball’s popularity has spread in recent years. While the local league may not be “the only broomball league west of the Mississippi,” as Pete Kristian, director of the TDRPD, has sometimes been told, it is nonetheless a testament to the diversity of options available at the TDRPD. It also speaks to the local sense of humor: In last year’s finals, team Balls Deep defeated Click Click Broom 7-4 for the championship.

Pickleball is another surprisingly popular sport at the TDRPD. Sort of small-scale tennis, pickleball is played close to the net, two-on-two, with a green whiffle ball. Kristian describes it as “a huge sport in senior communities.” Attracting locals and visitors alike, pickleball is becoming a staple at the Community Rec Center.

Other offerings from the TDRPD include water polo, played in the new Truckee Aquatic Center that opened in the fall of 2016, and ping pong, hosted every Tuesday at the Veteran’s Memorial Hall. Beyond league play across the various sports, the TDRPD hosts drop-in games for several sports, including hockey, futsal, volleyball, and basketball.

The community rec center is a vital resource, offering our town a wide range of ways to stay active and find recreation. As Kristian tells it, “We want to provide healthy activities for the community. We want to have a variety, and we want it to be available to people of all different skill levels and interests.”

With teams frequently forming around friend groups and coworkers, and the opportunity to meet people at drop-in times, the sports at the TDRPD offer an important source of community in addition to exercise and athletics.

Of course, the TDRPD is just the tip of the iceberg when it comes to the variety of recreation available in Tahoe. Even more winter recreation lies beyond the gym. Snowmobiling is an increasingly popular way to access the backcountry, whether for that hard-to-get-to ski line or simply for zippy ascents and adrenaline soaked descents. Snowshoeing and cross-country skiing afford more relaxing views of the scenery along with the cardio benefits. If you know where to look, you may even find a few brave souls taking advantage of winter precipitation in a different way: floating the high river waters in a kayak — and dry suit.

These are the sports we hope to start bringing more attention to. In the coming months, this space will be dedicated to covering Tahoe’s full variety. Whether it’s a way to stay in shape after work or to escape the crowds on the ski slopes on the weekends, we want to hear about it and spread some of the love that we heap on Tahoe’s more renowned claims to fame.

For more information about the sports offered at the Truckee-Donner Rec and Park District, visit tdrpd.org.

Have any interesting sport or hobby you’d like to see featured here? Contact Ryan Buell at ryancbuell@gmail.com.