Home Columns Space It Up! Time for a Clean Sweep

The days are getting shorter and the nights are growing colder. The sudden nip in the air means it’s time to cozy up on the couch as the fire crackles and hisses in your fireplace or wood-burning stove. But before you spark up the first flames of the season, make sure that your chimney and fire source are in safe and proper working order.

By now, it should be common knowledge that there are outdoor open fire and flame bans in place throughout the region as the forested areas surrounding us remain a vulnerable tinderbox during the continued wildfire season. While some may not feel comfortable firing up their stove or fireplace until we’ve had at least some measurable precipitation, the bans in place have no bearing on indoor fires.

“The local burn bans do not affect the use of indoor stoves — only the use of certain exterior appliances or outdoor fires,” Northstar Fire Department CRR Division Chief Jason Gibeaut clarified in an email to Moonshine Ink.

Between 2015 and 2017, an average of 17,600 chimney fires occurred annually in the United States, according to the U.S. Consumer Product Safety Commission. In an effort to bring awareness to the danger of chimney fires, the Chimney Safety Institute of America just marked Sept. 27 to Oct. 3 as National Chimney Safety Week.

“The Chimney Safety Institute of America recommends that open masonry fireplaces should be swept at 1/8-inch of sooty buildup, and sooner if there is any glaze present in the system,” Gibeaut advised. “This is considered to be enough fuel buildup to cause a chimney fire capable of damaging the chimney or spreading to the home. Factory-built fireplaces should be swept when any appreciable creosote buildup occurs. The logic is that the deposit is quite acidic and can shorten the life of the fireplace.”

National Fire Protection Association Standard 211 states that chimneys, fireplaces, and vents should be inspected at least once a year for “soundness, freedom from deposits, and correct clearances. Cleaning, maintenance, and repairs shall be done if necessary.”

A good rule of thumb, says Tahoe Chimney and Fireplace owner Patrick Krol, is to have your chimney swept after every two cords of wood burned.

“Most often, the trouble is seen with poor fuel quality,” Krol explained. “Burning only softwood such as pine and fir can clog up the chimney in a few weeks. Glossy paper, cardboard and pinecones in large quantities should be avoided as they can easily cause a chimney fire. This, in conjunction with older, inefficient, non-EPA fireplaces has scared many people with 15-foot flames jetting out of their chimney, let alone repair bills that a simple cleaning could have prevented.”

The Northstar Fire Department as well as the surrounding fire districts have indeed responded to chimney fire incidents, according to Gibeaut. As a matter of fact, he said, a lot of the local fire districts and departments have worked together to extinguish fires that began in the firebox, chimney, or flue, and then spread to other portions of a structure.

“One of the most dangerous aspects of a chimney fire is that they can remain undetectable,” Gibeaut said. “However, some indications of a chimney fire have been described as creating a loud cracking and popping noise, a lot of dense smoke, and an intense, hot smell. The homeowner and/or a passerby [might] actually see flames and dense smoke shooting from the top of the chimney. Should a homeowner detect a chimney fire, please contact 911 immediately.”

Other indicators to keep an eye out for, Krol says, are smoke back-drafting into the house, lazy flame, trouble starting a fire, white smoke persisting out of the chimney, and black sooty flakes coming out of the chimney and landing around the house. He noted that spark arresters should also be routinely inspected.

“Spark arresters can rust away over time or, if poorly installed, they can come off the chimney cap,” Krol explained. “Look for the screen around your cap from the street with binoculars. You should be able to see through the screen even though it is there; if you see the screen grid but it’s all black, it’s most likely clogged or close to it. It’s also a sign your chimney needs a sweep.”

Gibeaut emphasized that California building code requires all chimneys to have an approved spark arrester.

“Over time, due to wear and tear, a spark arrester may need to be replaced to be effective – not only to prevent floating embers from escaping but also preventing debris and unwanted animals from falling or getting inside the flue,” he noted. “A licensed contractor (or a homeowner) can simply look to see if it needs to be replaced.”

Homeowners can also take cleaning matters into their own hands. Hardware and building supply stores like Ace and Home Depot sell a do-it-yourself chimney cleaning kit, as well as different brushes and special logs that reduce creosote build-up. 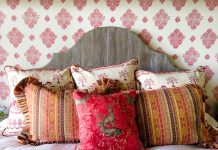 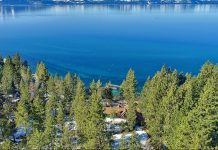 Time for a Clean Sweep
Music