Home Columns Space It Up! Slow an’ Easy

For California Highway Patrol officer Carlos Perez, the key to safe winter driving can be summed up in two words: SLOW. DOWN.

In his 20 years in the region, eight of which have been spent as an officer of the law, Perez has seen his share of spinouts, stranded motorists, and wintry weather crashes. More often than not, the common denominator is that those drivers involved were traveling at too high of a speed than would have been advisable for the given weather conditions. It is important, he says, to educate yourself about driving in snowy conditions prior to heading into snow country.

“Slow down and plan ahead,” Perez cautions everyone, not just those new to winter weather driving. “Snow is snow, ice is ice. [If you’re sliding,] ease off the gas and slowly apply the brakes.”

Folks living in or visiting areas notorious for harsh winter conditions are encouraged to carry a safety kit in their vehicle to be prepared in case of an emergency. When one “Snowmageddon” hit a few years back, Perez said, there were a tremendous number of accidents and stranded motorists along the routes covered by Truckee CHP officers, including Interstate 80, and state highways 28, 89, and 267.

“It was a mess,” he recalled. “A lot of those people weren’t prepared.”

A safety kit should include flares, windshield deicer, blankets, a snow shovel, food, and water. Floor mats can be placed between snow and tires to help gain traction. If you’re heading to snow country, be sure you have a full tank of gas before setting out on your journey. Check that tire pressure is in accordance with your vehicle owner’s manual because too low pressure is a “good way to crash,” said Perez. Ensure your cellphone is fully charged, but also grab your charger when heading out.

Cables or chains are an integral part of winter driving as well, unless your car is equipped with snow tires. Take note: All-weather tires do not equal snow tires. True snow tires will have an MS (mud and snow) rating. (This can also be shown as M+S, M&S, or M/S.) Studded snow tires are adept at gripping the snow and ice on steep climbs, eliminating the need for chains.

“The mountain peak with the snowflake in the middle is the highest rating [for] snow,” Perez explained. “Some tires only have the M+S symbol and are still considered a snow tire, but the tire depth on all snow tires is important, too, and has to be more than 6/32-inch tread to get through chain control.”

Learn how to properly install chains before it’s time to use them. Perez said it’s not uncommon for those new to chains to put them on the wrong set of tires. If you have a front-wheel-drive vehicle, the chains should go on the front tires; if it’s rear-wheel-drive, they go on the back. Drivers should also be aware of the three different levels of chain control: R-1, R-2, and R-3, as explained in the accompanying graphic.

Chains should only be installed in designated areas — not in the middle of the road. “When it snows, you’re not going to hear the car coming at you,” Perez advised, noting that drivers installing chains in non-designated areas is one of his biggest pet peeves because it’s a matter of safety.

When storms force a shutdown of I-80, the streets of Truckee often become gridlocked with drivers exiting the freeway and attempting to use backroads as a means of getting to their destination. This, said Perez, is just a bad idea. When chain controls are in place and people try to circumvent checkpoints by avoiding 80 and trying to navigate Old 40 on Donner Summit, it never ends well and only serves to take emergency personnel away from other incidents.

“Don’t rely too much on technology,” Perez advised, noting that people can sometimes place too much trust in their car’s abilities.

Navigation apps may provide alternate routes to where you’re going, but they frequently take drivers on secondary roadways, which tend to be among the last to be plowed. Traction control systems may not always work as intended in varying conditions. Using cruise control, Perez explained, is one of the bigger mistakes new winter drivers can make because if it senses the vehicle slowing, it will accelerate and that might not be conducive to the road conditions, causing your vehicle to slide. And should you find yourself spinning out of control, fight the instinct to jerk the wheel in the opposite direction. That will only make matters worse. Instead, steer the wheel into the turn.

“Mountain weather can be so unpredictable,” said Perez, adding that even the most unimpressive of systems can suddenly turn into a huge storm. “No matter what, be prepared.”

Get in the know before you go: 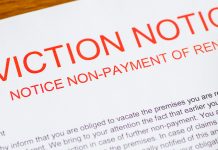 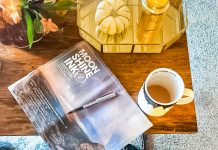