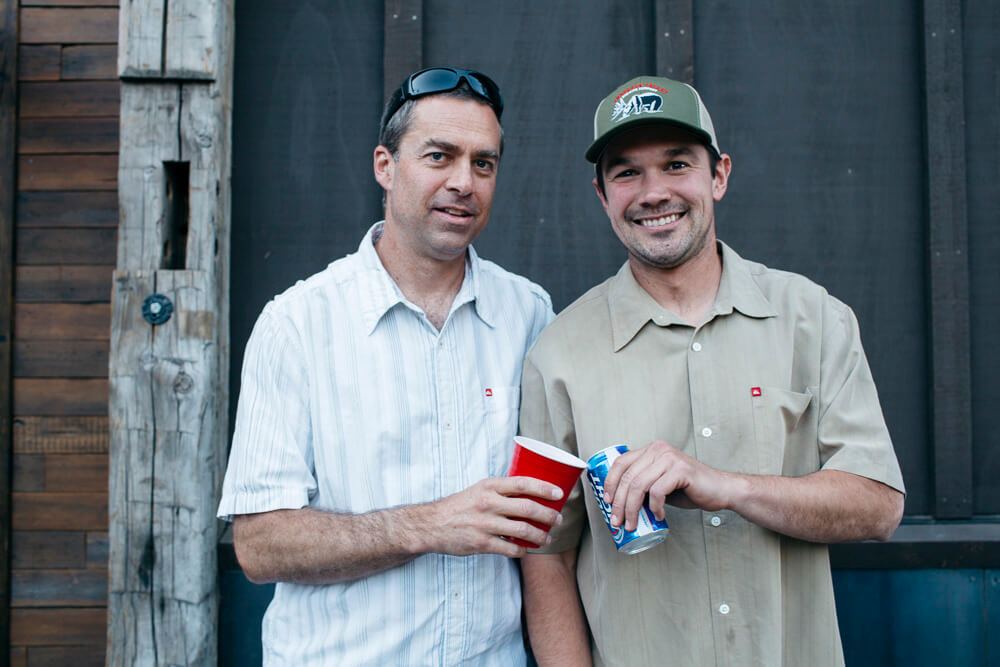 Since its opening this past May, the West Shore Market & Deli has become a popular addition to life on Tahoe’s West Shore. Located on the site of what was formerly Sunnyside Market, the building was extensively remodeled to now house a combination gourmet market, deli, wine and liquor store, and relaxing hangout destination.

The idea began when Scott Zumwalt and his partners Chris Schuster and Carmine Bove — who are also partners in the Tahoe City institution the Bridgetender Tavern & Grill — noticed the former Tahoe Park General Store was for sale. They purchased that property with the intention of turning it into a small bar or restaurant, but before they could get rolling on plans, the next door Sunnyside Market became available. The partners decided to tackle the West Shore Market first, hiring Hartline Construction to complete what would become a seven-month construction project.

From the beginning, the plan for the remodel was to repurpose much of what was already there. The old wood from the original market was stripped and sanded and turned into rustically charming tables. They ripped down the sheet rock on the ceiling and sandblasted the open wood that was hiding above. The linoleum flooring was removed, and the concrete underneath was grinded, stained, and sealed.

The owners found planks from old Tahoe piers and turned them into window trim, and created the beer case door holders out of old dock cleats from the Sunnyside pier. Repurposed meat hooks now hold the weight of the sandwich board, and an antique meat locker door was procured from the original deli’s food locker.

“We sensed a need on the West Shore for a good, solid neighborhood market deli grocery store. A place with a mom and pop feel like we grew up with. A place that locals can identify with,” Zumwalt said. The goal is simple — “to create something comfortable and inviting. A place where people like to hang out,” he said.

With Wi-Fi, a large screen TV, and a seating area with bright ambiance, the three partners’ vision for a neighborhood gathering place is coming true. You will find a relaxed atmosphere with families meeting up after school, folks working on their computers while sipping a coffee or smacking down a sandwich, or simply enjoying the market as a neighborhood walk gathering place.

In the deli you will find gourmet cheeses, as well as smoked meats marinated on the premises. Gourmet sandwiches, salads, homemade soups, and daily specials are available to eat in or take out. Sandwich favorites include the Cuban, which is a delicious combination of marinated ham, garlic Dijon mustard, melted Swiss cheese, and bacon — all on a French Roll. Or a Hot Pastrami with coleslaw, melted provolone, and Russian dressing on toasted marble rye.

The market has been putting out daily breakfast and dinner specials, such as flatbread pizzas, tacos, tamales, and house-smoked wings and ribs. You can also find a weekend special artisan cheese and cured meat plate. For breakfast, a variety of fresh, homemade pastries and breakfast burritos are available, as well as a weekend favorite — fried chicken and egg breakfast sandwiches on biscuits with homemade gravy. There is also full coffee service and a variety of gelato flavors.

When it comes to beer, wine, and liquor, The West Shore Market & Deli is covering all its bases with more than 100 wine labels in the woodsy wine cellar, an extensive craft beer collection, three rotating tap handles, and a full spirits collection.

There were three goals with the gourmet market section: To provide interesting, healthy, and unique grocery items; to be a place where neighborhood folks could pick up those one or two missing items without having to drive into Tahoe City; and to provide second home owners or renters who have just arrived in town the ingredients to put together a few meals at home. While the market is not huge, they have done their best to cover all the necessary bases, and do it in a unique style.

The West Shore Market & Deli is a great addition to the little commercial dining area that is Sunnyside-Tahoe Park. Across the street is the Fire Sign Cafe, known for its excellent breakfasts, and Spoon, a little gem for comfort food tucked into the forest. Next door is Sunnyside Restaurant & Lodge, which provides fine dining both inside and on the deck.

“We are all good neighbors. We complement each other,” Zumwalt said. “Everyone sends each other business.”

Zumwalt says that the “reaction has been very positive; the locals are excited.” He says he hears frequently that a place such as this was overdue for this part of the lake.

“It’s an ever evolving project. If we are not doing something the way you want, come talk to us,” he said. “We want to grow as the community grows and provide what people want.”