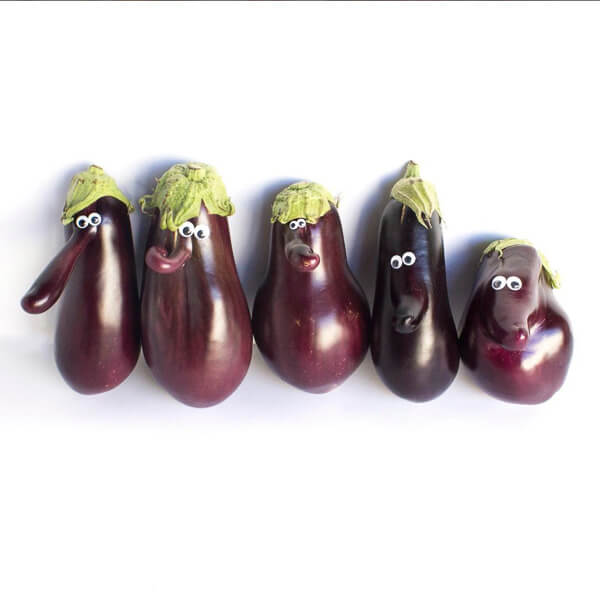 Billions of pounds of produce go to waste every year because of imperfections.

This produce is not rotten, it tastes exactly the same, and still packs the same nutrients as a visually appealing item, but because of cosmetic defects, large-scale grocers are unable to carry the products. The result is that consumers believe their bell peppers, carrots, lettuce, peaches, everything, should look perfect and uniform, every time. Thankfully, the paradigm is beginning to shift as consumers learn that their food should not look the same every time — in fact, if it does, there is a bigger problem. But this isn’t a story about GMOs and pesticides.

Eating ugly is taking off nationwide with organizations like Imperfect Produce, a Bay Area-based food delivery service, gaining traction. Imperfect Produce follows a community-supported agriculture (CSA) model in which they deliver fresh, locally-sourced produce to their customers on a weekly basis with the caveat that what they deliver might be, well, ugly. Consider this: Twenty percent of fruits and vegetables don’t even make it off the farm because of “imperfections.” Imperfect Produce obtains the fruits and veggies from local farms and sells it for 30 to 50 percent less than it would cost at the grocery store.

The movement has entered the Truckee/Tahoe stratosphere with local grocers like New Moon Natural Foods and the Tahoe Food Hub offering this “ugly” food. Heck, it has even entered the social aspect of our lives with a presence at the 2017 WinterWonderGrass festival. And it all started with a sentence.

A simple sentence that resulted in the donation of 1,000 pounds of ugly produce to Project MANA, the area’s resource for our food-hungry community members.

Coupling with the WinterWonderGrass Festival, Imperfect Produce vowed to donate five pounds of their farm’s produce to Project MANA for every festival attendee who answered the question on a white board and posted to their Instagram account. And, in an effort to leverage the following of the musicians performing, they matched every like with a pound of produce if a musician posted an “I #eatugly because …” post. A whopping 1,000 pounds of produce were donated after the weekend.

“Mimi from Fruition posted a photo to her account and got us a bunch of donations,” Marina McCoy, sustainability director at WinterWonderGrass said. At the time of press, Mimi Naja, mandolin and vocals for Fruition, had 312 likes on her post from the festival. She #eatsugly because, “I know it’s real!”

Unfortunately, Imperfect Produce only delivers to the Bay Area, Los Angeles, Orange County, and Portland, but you can still support this movement living in Truckee/Tahoe.

“As long as things aren’t rotten or overripe we sell them,” said Shannon Gansch, floor manager of produce at New Moon. She even shared that they are excited when they get ugly fruits and veggies because they feature the produce as the focal point of their display with the “prettier produce” in a basket behind.

“We have gotten a green bell pepper that looked just like Kermit the Frog and an eggplant that looked like a dog,” Gansch said. The day Moonshine Ink spoke with the local grocer, they offered up seven examples of ugly food that can be seen on our August cover, and Gansch said they receive anywhere between six and 12 pieces of ugly produce a day.

She listed bell peppers, carrots, eggplant, corn, parsnips, beets, potatoes, cucumber, and tomatoes as the produce coming in ugly the most regularly.

The Tahoe Food Hub is also doing their part to highlight these fruits and veggies.

Susie Sutphin, founder and executive director, explained the classification process for distinguishing between these different kinds of produce.

First quality is what you buy at the grocery store. “It is what people are willing to pay a premium price for,” Sutphin said. “Seconds” is when something is bruised or has scuffmarks, or is ugly.

It is trickier for the Food Hub to hold on to these seconds because they receive less frequent deliveries than places like New Moon. But she also explained that when they cannot sell their seconds they donate them to Project MANA.

“If we had people searching this produce out more we would be more than happy to talk to our farmers about getting more of their seconds,” Sutphin said.

The common theme seen through all these distributors is that people’s perception of this ugly food needs to change. “There are going to be changes in the produce because of factors such as weather that make it so every item does not look the same,” Sutphin explained. “Food doesn’t grow in a bubble, and your lettuce is going to be a little more yellow when we are in a heat wave. “It isn’t necessarily good or bad, it is just how it is.”

At the end of the day, this produce should be celebrated. A woman who works at the New Moon juice bar even said she has a hard time juicing two carrots that are beautifully intertwined, because they grew so beautifully together and almost act as a metaphor for love.

Don’t Judge a Beet by Its Bulges
Sports & Outdoors / Wellness