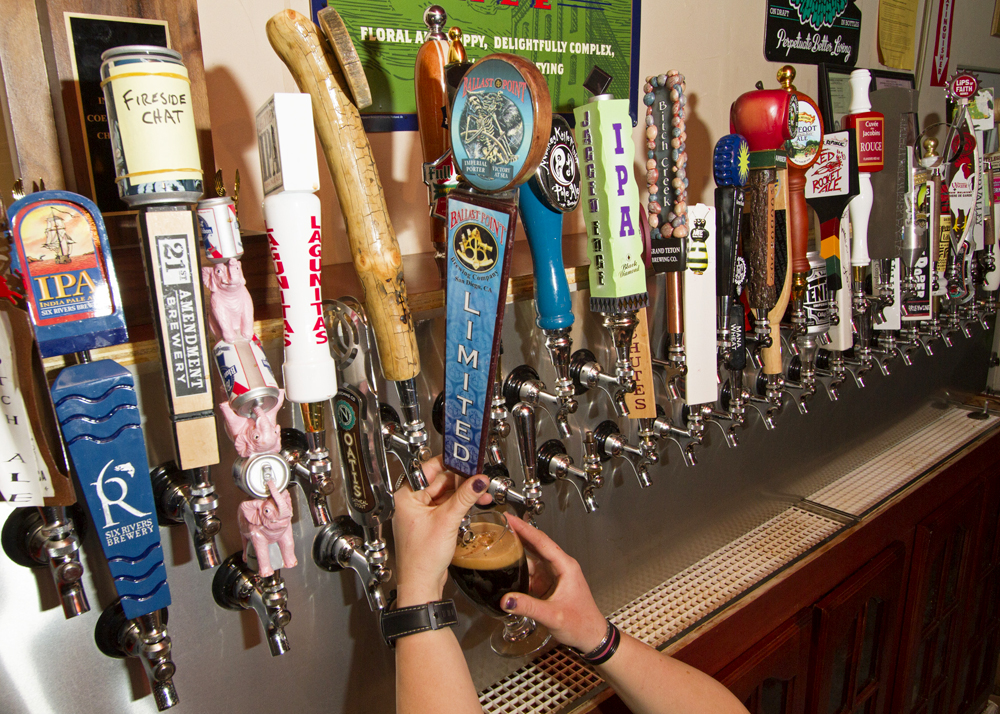 Have you ever been sitting on your friend’s comfy couch, drinking a cold beer, playing a few board games, and thinking to yourself, “Why can’t we just turn this place into a bar — then I’d never have to leave?” If so, you would be on the same wavelength as Ryan and Kasey Eller. The Ellers, who opened the Mellow Fellow Gastropub in Kings Beach in June, want to fill a void on the North Shore by creating a relaxed, craft-beer-lover’s paradise.

The Mellow Fellow, which sits at the Nevada-California state line near Crystal Bay, has 40 different types of American craft beers on tap, as well as more in large bottles. The more unique the label, the more likely you are to find it at the Mellow Fellow, which is constantly changing its selection of beers. The pub, which also serves handmade sausages and sandwiches, is set to open a second location in Truckee this spring.

“Our goal is to get beers on draft that you can’t find anywhere else,” Kasey said. “If it’s in the grocery store, we don’t want it in here.”

The Ellers, who met each other while living in Dallas, Texas, got the idea to open a gastropub in Tahoe before even moving to the area. Ryan, who worked in private equity and had owned a towing business, had been traveling to Incline Village for years to stay at his father’s second home.

“You would think that Tahoe would have a really cool beer garden, but North Tahoe didn’t,” said Kasey, 30, who worked for True Religion and 7 For All Mankind jeans in Dallas. “So we thought, ‘What the heck?’”

In a very un-mellow-like fashion, the Ellers moved to Incline last February and opened the tap room a mere four months later. Their goal, Kasey said, “is to serve high-end beer and really good food without pretention.”

What you won’t find on tap at the Mellow Fellow is Bud Light or Coors. What you will find are small-batch beers like the Deschutes Abyss Imperial Stout and the Tanilla Porter (made with real vanilla beans) by the Knee Deep Brewing Co. (whose brewmaster is a graduate of the University of Nevada, Reno). The pub also serves the whole line of Ninkasi Brewing Company’s beers. Ninkasi is the Mellow Fellow’s most heavily requested brewery, according to Ryan; Mellow Fellow is the first place in Tahoe to carry the ales. The bar also has five to 10 “bombers,” or 22-ounce bottles, of limited edition beers such as Knee Deep’s Hoptologist, Double Indian Pale Ale, Double Bastard Ale by Stone Brewing Co., and a Belgian Kriek, which is made by fermenting lambic (a sour and dry Belgian beer) with sour Morello cherries.

Mellow Fellow always has two hard ciders on tap (such as blueberry pear, apple, and honey) as well as a barley wine, wine by the glass, and a nitro tap, which serves up a creamier pour for stouts than normal CO2 taps. The pub’s beer prices vary from $5 to $8 per glass, but the bar always has a $2 beer, usually a PBR or Tahoe Mountain Brewing Co. lager, and a $4 Fellow special, which lasts till the beer runs out. (On the day this reporter was there, the Fellow was a gingerbread porter.) While most of the beers are from the West Coast (with Oregon being expecially well-represented), you will also find beers from Maryland, Delaware, Colorado, and Louisiana. A good way to sample a selection of beers is by ordering the $10 beer flight, which gets you four 5-ounce tastings.

“It’s an eclectic group in here that are looking for limited edition specialty beers that are hard to find on draft,” Kasey said.

As soon as a tap goes dry, the Ellers replace it with a different beer, so that about every other day there’s a new beer on the menu. Ryan estimated that every week there are 10 new beers on tap, and the pub has served 300 different types of beer since opening almost a year ago.

“A lot of what we do is education,” he said. “People don’t know what’s out there. A lot of smaller breweries can’t break into restaurants. The number one question we get is, ‘What’s new?’”

In addition to beers and ciders, Mellow Fellow serves up a changing list of nitrate-free sausages from Incline Meats that it cooks up on the barbeque from 6 to 9 p.m. These include elk with apple pear, buffalo with chipotle, venison with blueberry, and pheasant with cognac. If a fancy game sausage isn’t your thing, Mellow Fellow also has more traditional brats, as well as sandwiches like turkey cranberry, pulled pork, grilled cheese, and the Italian stallion.

As if it were your best friend’s living room, Mellow Fellow invites people to sit back and stay a while. There are comfy black sofas and an array of board games like Pictionary, Trivia Pursuit, checkers, and a dartboard. The Ellers host different events every weeknight. Monday is happy hour pricing all night for Northstar employees and pass-holders ($1 off all beers); Tuesday is trivia night (winning teams get a discounted bar tab); Wednesday is nonprofit night, when the pub donates a portion of its sales from the entire day to a local nonprofit, which holds an event at the pub. (The Boys & Girls Club held a rock, paper, scissors championship, and the Tahoe Institute for Natural Science held a Connect Four tournament.); Thursday is open mic night hosted by KTKE’s Mr. D.; and Friday is Brewlette (a play on “roulette”), where patrons pick a number between one and 40 and get the corresponding beer on tap for $4. “It’s a cool way to try beers that you wouldn’t normally try,” Ryan said.

The Mellow Fellow concept has proven so successful that the Ellers are already planning to open a second tap room in downtown Truckee in May near El Toro Bravo.

“We are so lucky that it actually panned out the way it did,” Ryan said. “North Lake needed a cool, laid-back place [to drink beer]. People say it feels like they are at a friend’s home drinking really good beer. On draft.” 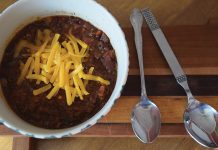 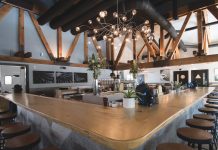 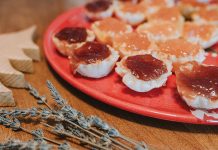 Winter? There’s an App for That