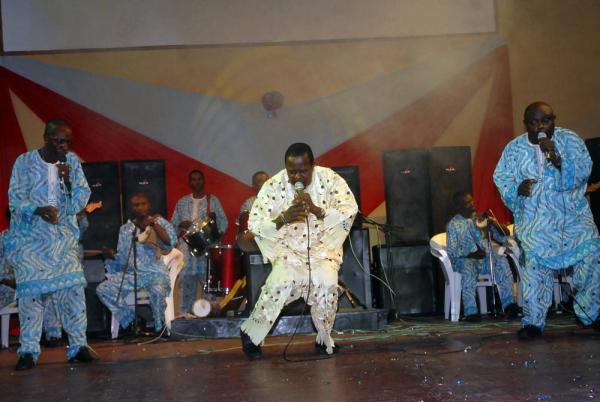 Each summer solstice the Sierra Nevada World Music Festival (SNWMF) presents the best in roots reggae and international music. This year is no different with three days of music, camping, great people and delicious food. With two stages and a late night dancehall there is no better way to start you summer.

Epiphany Productions has amassed another stellar lineup of heavyweight artists from around the world. Now in its 16th year, Sierra Nevada boasts diverse artists such as Michael Rose, Bushman, Femi Kuti and Zap Mama. If you can’t devote an entire weekend to music many of the artists performing at SNWMF will be playing in Truckee and North Lake Tahoe this summer.

Another benefit of SNWMF is that it can provide an ‘anchor’ for artists who don’t normally tour the west coast. This summer look out for Grammy-nominated Nigerian star King Sunny Ade’ performing in Truckee River Regional Park as well as Del Castillo and The Itals performing at the River Ranch.

Every year for the past 10 years Sierra Nevada has been the highlight of my summer. This year I was fortunate enough to pose some questions to the founder of SNWMF Warren Smith. He and his company Epiphany Productions were responsible for bringing many artists to the U.S. in the 1970s.

‘We toured a lot of artists,’ he said. ‘We did a show in 1978 in Jamaica that morphed into Reggae Sunsplash, appearing on it were Peter Tosh, Burning Spear, The Heptones and Soul Syndicate.’

Moonshine Ink: What artists are you most looking forward to this year?
Warren Smith: Leroy Sibbles and the Heptones, Jah Shaka, King Sunny Ade’, from whom I haven’t seen or heard from in years, I’m looking forward to the whole thing. I am interested in Mykal Rose, Etana and Tarrus Riley. (The last two have never appeared at SNWMF.)

MI: What motivates you to put this festival together every year? Do you take it year by year?
WS: We take it year by year, it’s like we get elected each year, it is a service to the people that we provide and we are quite thankful. The first year the people don’t show up then that will be the year we don’t do it.

MI: What would you like attendees to take away from their festival experience?
WS: I just hope people can walk away with a lot of great memories amongst their family (and) friends from how they share the music. I would hope that people have that sense of community; we try to bring artists that don’t tour on a regular basis and we aim to make it a special event. We want people to walk away with those kind of memories and be stronger as a result.

MI: What is one of your best memories of SNWMF’s past? Do you have a favorite performance that stands out?
WS: Junior Byles, I have always felt that was our greatest achievement presenting roots music. (Junior Byles recorded his strongest material with Lee ‘Scratch’ Perry in the 1970s.) Also when the Congos and Abyssinians got together to perform, as those were reunions for both of them. And also the appearance of Los Van Van (at) the festival.

SNWMF is treasure of music and good vibrations. I highly recommend spending part of your summer in Booneville, California. Festival info: snwmf.com; Info on artists coming to local venues: renegadeshows.com.