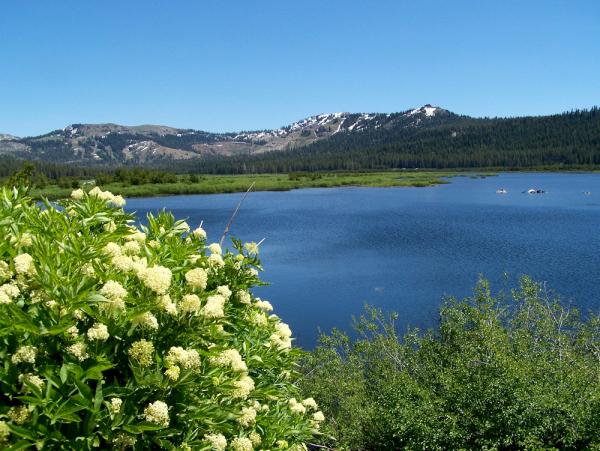 Royal Gorge’s long silence was broken in June by a bank bombshell — developers who once planned nearly 1,000 homes on 3,000 acres surrounding the continent’s largest cross-country ski area had defaulted on a $17.6 million loan on the property.

Like the lapping of a development wave that surged and receded across the Sierra Nevada, Royal Gorge’s financial woes were the latest example of a low tide that has devastated developments with debt and depreciation, and opened the doors for land conservation. Royal Gorge’s default follows the bankruptcies of East West Partners, the Ritz-Carlton, and Dyer Mountain, a proposed Sierra Nevada ski resort, golf course, and housing development near Mt. Lassen. Like Dyer Mountain, conservation groups hope that the Donner Summit development’s deteriorating financial situation will allow the property to be permanently protected as open space.

Royal Gorge has clearly become a top target for regional conservation groups, who find themselves with an ever-expanding list of conservation opportunities spurred by a real estate meltdown, but are simultaneously facing scarcer funding as federal and state conservation money dries up. 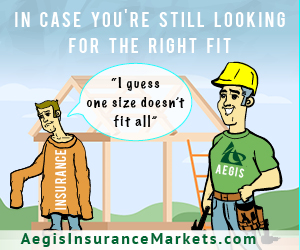 ‘It’s an extremely target-rich environment out there [for conservation groups],’ said Tom Mooers, executive director of Sierra Watch, an environmental group that has opposed Royal Gorge’s development plans. ‘There is a lot of property out there to buy, but there is less money to raise, so it is a little bit of a catch 22.’

The Truckee Donner Land Trust and the Truckee Tahoe Airport District recently purchased 122 acres in the Martis Valley after the developer foreclosed on the property formerly known as Martis Creek Estates. Projects like Dyer Mountain stand bankrupt, dead in the water, and possibly open for a future conservation deal.

While Royal Gorge’s future is uncertain, and a loan default does not mean that a future foreclosure is certain, the real estate recession seems to be erasing any development hope for the 3,000 acres of Donner Summit land already saddled with water, sewer, and road restrictions.

‘Even before the market collapsed, we always thought the highest value in real estate prices [for Royal Gorge] was conservation,’ said Mooers. ‘The true speculative value in terms of real estate development is limited.’

The story of Royal Gorge is one of the ski industry’s most elusive and rarely told tales. In a way, it is a microcosm of the evolution of the entire Western U.S. ski industry — in which ski resorts were founded by visionary mountain men but eventually bought up by housing developers or commercial conglomerates.

Slouber is said to have chosen Donner Summit as the location for his cross-country ski resort after stumbling upon an old hunting lodge on Donner Summit.

Slouber did not have deep pockets to finance the enormous cross-country resort he envisioned, so Royal Gorge opened modestly with only four trails covering 10 kilometers. A total of 230 skiers were reported to have visited Royal Gorge in its first year of operation. But Royal Gorge’s initial size was only the first fleeting form of the resort.

Early on, Slouber teamed up with Donner Summit landowners Rancho Monterey, and the resort expanded onto thousands of acres of land stretching from Van Norden Meadows near Sugar Bowl to the flanks of the precipitous gorge of the North Fork of the American River.

Soon Royal Gorge was widely recognized as the largest ski resort on the continent. But Slouber was not done with his expansion plans. He dreamed up ambitious development plans for Royal Gorge — the boldest of which was the Olympic Park he intended to build near Serene Lakes.

The Olympic Village was to be a multi-sport winter playground in the center of Royal Gorge, complete with luge runs, ice skating rinks, ski jumps, a biathlon stadium, five lodges, two ski lifts, and 510 ‘condotel’ rooms.

The Olympic Park idea was scuttled by the tanking economy of the early 1990s, according to longtime Donner Summit resident Bill Oudegeest. But soon Slouber proposed another development idea: a new lodge and 18 housing units near Van Norden Meadows. The Van Norden proposal was fiercely opposed by many Donner Summit residents, and never made it much farther than county planners’ desks.

Then, in 2005, the resort changed hands. Multiple sources say that new owners Todd and Mark Foster, of the Foster City development family, and Burlingame developer Kirk Syme learned about the property by picking up a Wall Street Journal and seeing a small ad selling a large cross-country ski resort and 3,000 acres on Donner Summit.

With Tahoe, Truckee, and Donner Summit real estate prices reaching their apex, the Foster and Syme partnership agreed to a reported $35 million price tag for the resort. And although the Bay Area developers initially kept mum on their plans, it was clear that a large-scale housing project proposal was only a matter of time.

As ‘Save Donner Summit’ stickers began popping up on vehicles across the region, the new owners of Royal Gorge put forward their plans for approximately 900 homes in three blocks of development surrounding Serene Lakes — Wilderness Camp, Ski Camp, and Lake Camp.

‘They were completely surrounding Serene Lakes, except for one side,’ said Bill Oudegeest, who has lived on Donner Summit for more than 30 years.

‘I think it was something that was too big and too different for the area up here to go too far,’ said Karen Heald, a board member of the Serene Lakes Property Owners Association.

Despite the ambitious plans, three of the most basic elements needed for a successful project were still in question — water, sewer, and road access. Wells regularly draw little water on the summit because of the area’s porous fractured granite, and a dredging plan to increase the depth of Serene Lakes was wildly unpopular.

Sewer was perhaps an even bigger hurdle. Wade Freedle, president of the Sierra Lakes County Water District, which oversees water and sewer services in the area, said the proposed Royal Gorge development would have needed to pay approximately $10 million to buy capacity in Donner Summit’s expanded sewage facility.

Finally, road access to the planned development became a major obstacle. The single road that connects Serene Lakes to Old Highway 40 is narrow and crosses a railroad track. The single access created a potential disasterous bottleneck should a wildfire require a hurried evacuation or, in a worst-case scenario, a train block the road.

Because of the South Yuba River, the railroad, and the expansive Lake Van Norden, a second road into the project would have come only with an enormous price tag.

As if these hurdles were not insurmountable enough, the housing market began its dramatic nosedive as Royal Gorge development plans were circulating. The housing plans that looked enticingly lucrative in 2005, when Foster and Syme bought the property, suddenly seemed a lot less viable. And it was then that Royal Gorge developers fell silent. Rumors of a split between Foster and Syme circulated the summit, and many assumed that Syme was the last standing partner in the deal.

‘After the crash of the market, that was the last you ever heard,’ said Heald.

Oudegeest knows well the wealth of history and habitat that Royal Gorge represents. A longtime Donner Summit historian and avid hiker, he knows the stories embedded on Donner Summit — from Native American petroglyphs to aircraft signal towers.
‘This is iconic. It is the jewel of the Sierra. There is nothing like this anywhere,’ he said standing at the edge of Van Norden Meadows, where the South Yuba River tumbles over the crumbling remnants of the Lake Van Norden dam.

Van Norden Meadows is the chief conservation target in the Royal Gorge property. Owned half by Sugar Bowl and half by Royal Gorge, the enormous oval of wetlands is majestic, providing a home for a wide range of animals, chiefly birds.

‘I think Van Norden Meadows is the location on the summit that everyone can agree should have no development,’ said Heald.
Jennifer Montgomery, a Donner Summit resident who was elected to the Placer County Board of Supervisors in the middle of the Royal Gorge development debate, said she hopes the Royal Gorge property is bought by conservation groups.

‘I think this is truly an opportunity for the conservation groups to step up and make an offer,’ said Montgomery. ‘Even people who might not identify themselves as conservationists will identify with this land because of its historical importance.’
The Truckee Donner Land Trust would be the logical buyer of Royal Gorge if it were to sell to a conservation group. Perry Norris, the land trust’s executive director, said his organization is preparing in case the property becomes available.

‘We want to be in a position, should the bank foreclose, to have the funding in place to pick up the pieces,’ said Norris.

But foreclosure is far from certain. Syme could be using the default to renegotiate his loan agreement with the bank. He could potentially file for bankruptcy, which would complicate any foreclosure process. Or he could pay off the loan, continue with development plans, or hold onto the property. A property owner has 90 days following a notice of default to respond, said Mooers.

Whatever Syme’s next move is, one thing is certain — a group of dedicated environmental groups and Donner Summit residents are more committed than ever to opposing Royal Gorge’s development. And many of the complications of a Royal Gorge plan are still blocking the project from moving forward.

‘None of the problems that existed on that property have gone away, but a lot of the value has,’ said Montgomery.

EDUCATION |Learn How to be a Grant Writer with SNA