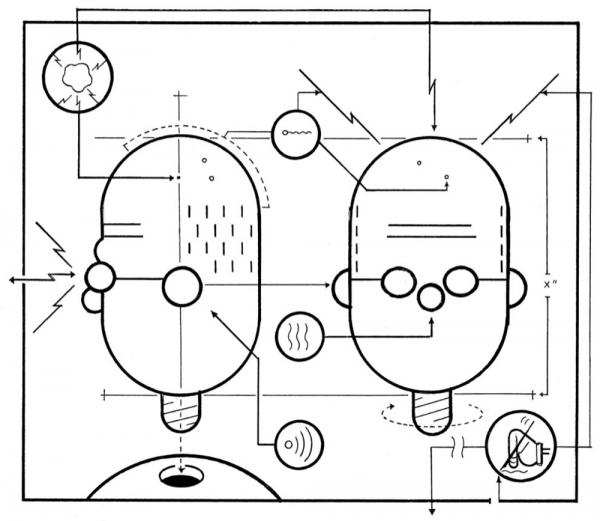 Writing can come in all shapes and sizes. It can be prose or poetry, fiction or nonfiction, illustrated or cartooned —yes, writing can even come in the form of pictures. And I’m not talking about a picture book for children.

When Chris Ware’s graphic novel, ‘Jimmy Corrigan: The Smartest Kid on Earth,’ arrived in my P.O. box, I was surprised by its weight. I opened the tome to find a chronology of boxes, each with a message to tell.

Ware’s novel tells the story of a lonely man who meets his father for the first time. The narrative also jumps back in time to tell the story of the four generations of Corrigans leading up to Jimmy.

You might think you could just skim a graphic novel, but in the case of Jimmy Corrigan, it’s crucial that you study every drawing for emotion, time, setting, context — everything you ever took for granted in a written novel.

Fascinated? Lucky for us Sierra Nevada College is hosting Ware as part of its Writers in the Woods series the first weekend of November. Moonshine Ink caught up with him to ask a few questions of our own.

Moonshine Ink: Which comes first, the story or the drawings? Are you first a writer or an illustrator? Do you create a sketch to accompany a story or plot that you’ve already developed, or do the sketches and characters create the story?

Chris Ware: All of the above — though I wouldn’t categorically consider cartooning to be illustration, as illustration implies drawings that supplement, rather than create, a story.

Cartooning is something of an attempt to write with pictures … I tend to visualize my stories as memories of things that haven’t happened to me and to put them down on paper with the same sort of cold, unjudgemental indifference that I imagine the universe regards all human activity.

As for notes, I write down countless ideas as I think about and imagine my stories … Sometimes, I’ll insensibly write the same thing more than once, as if I’d just thought of it on two separate occasions, and those tend to be the ideas I pay attention to more.

Without sounding too wacked-out about it, I hope that I’m allowing something of the same forces that shape life and human thoughts to also shape the page, drawings, and stories …

I’m making it seem rather sparkly and mystical, but there’s really very little mystery to it. Sort of like opening the theatrical curtain and showing the lights and ropes, I guess.

MI: In a graphic novel, the user must read the images and gather context through the drawings. What can you express better in a graphic novel than in a written novel? And what are some of the more challenging aspects to portray?

CW: At this point, I’m really only frustrated by the amount of time it takes to draw a page of comics versus the time it seems to take most ‘words only’ writers to write a similar amount of story. (Which I realize, of course, is an endemically doomed comparison.)

These writers have told me they average 1,000 words a day. I’m lucky to finish writing (and by writing, I mean drawing) a single page in a week.

For years, I found the idea that characters should communicate their inner emotional state with their facial expressions to be limiting (even though cartoon faces — emoticons — are now used to clarify bad writing in emails) because adults use their faces to lie, not to express themselves.

As time went on, however, I realized such a perceived weakness could be an esthetic advantage if I handled it right. I think I’ve found that storytelling with pictures can, with care, mirror the layered voices, memories, and impulses that are always firing through our minds, [all of which] are being regularly rewritten, recast, and reformed to suit whatever vision of ourselves we’re trying to craft at that moment.

Comics are a very welcoming and forgiving medium for expressing the contradictions of consciousness — more inviting, I think, than a gray page of text can be, though the results aren’t always as good, to be sure.

MI: ‘Jimmy Corrigan: The Smartest Kid on Earth’ features some 3,072 intricate and detailed drawings, as well as text. Are the drawings done by hand? Do you have some way of organizing what boxes to draw and the details to portray, or is that more of a natural process?

CW: As I mention above, I try to allow it to be an entirely organic process, for better or for worse. The trick is to know when one is excusing oneself for sloppy mistakes or bad writing (or, conversely, to not edit out what’s genuinely inspired, strange, and interesting).

MI: So many comics create larger-than-life superheroes to come and save the day. In your graphic novel, the ‘hero,’ Jimmy Corrigan, is just an average guy who embodies themes of insecurity, depression, and identity. And then there’s the actual spandex-sporting superhero character that pops up throughout the book and is usually surrounded by some sort of fallen hope. Can you expand on your thoughts about superheroes and the role they play in your work?

CW: Whatever use of ‘the superhero’ I make in my own books mostly has to do with my amazement that the stuff I got made fun of and beat up for reading as a kid now seems to be part of our nation’s mainstream adult culture. At the same time, I have no enmity against the trope’s existence, as superheroes sort of filled in the gaps for me in my own semi-dadless childhood and also provided completely ludicrous and unreal expectations of how the world and the human body operated …
I wouldn’t consider Jimmy Corrigan a superhero, however. At least I didn’t intend him to be considered one. He grew up fatherless and reading superhero comics, and the somewhat mix-mastered quality of the first part of the book is supposed to reflect his confused and rather childish state of mind. If I were writing a movie with the same character, he likely would be someone who watched a lot of movies, rather than read a lot of comics.

Suzanne Roberts: Writing around the lake

Moonshine Ink: Since we last spoke in 2008 about your National Geographic Next Great Travel Writer Award, you have been busy with several projects. Could you give us an update?

Suzanne Roberts: I finished my PhD in the literature and environment program at University of Nevada-Reno and returned to the book project I had started many years before, a hiking memoir called ‘Almost Somewhere: 28 Days on the John Muir Trail.’ I am currently working on edits; it is slated to come out with the University of Nebraska Press in September of 2012. I’ve done a fair amount of traveling, and from those travels have come my most recent book of poems, ‘Three Hours to Burn a Body: Poems on Travel,’ and a travel memoir in progress.

MI: What’s involved in your position at Sierra Nevada College?

SR: I’m teaching classes in poetry and travel/adventure writing. I’m also helping out with the SNC Writers in the Woods Series … Lastly, I’m acting as the advisory editor to the students for the Sierra Nevada Review. We’re currently accepting submissions of poetry and short fiction.

MI: For aspiring writers, what advice can you offer?

SR: Keep writing and don’t get discouraged. A writer is someone who writes, regardless of a publication record. And you can’t sit around, waiting for inspiration. Working hard creates inspiration. And writing can be a lonely business, so find a writing community. There are many open writing groups, workshops, writers’ series events, open mics, and classes around the lake.