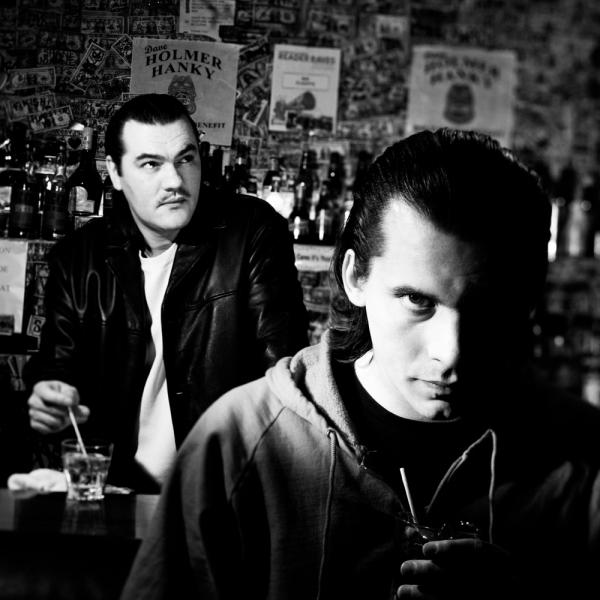 As rap artists go, it is a generally accepted stereotype that successful MC’s only come from cities riddled with gangs, projects, drug issues and hard knock lives. The only problem with stereotypes is that they beg to be proved wrong. Enter Atmosphere, an independent hip hop act running strong for over 15 years that hails from Minneapolis – a city most likely to be associated with bands like Prince, Hüsker Dü, the Replacements and Soul Asylum.

As a former resident of Minneapolis, I can attest to an underground hip hop scene that thrives no matter the weather. True, the audiences generally could be compared to an Olafsen’s summer family reunion in regards to demographics, but their love of beats runs deep. You haven’t lived until you’ve seen a skinny white kid with glasses throw out the best coffee-grinder that side of the Mississipp (as they say).

It’s no surprise that Atmosphere, the duo of rapper Slug and producer/DJ Ant shows a love reciprocal with the city as shown by its residents. Many of their songs speak about specific places in the city and specific experiences they have had. Slug has inadvertently made a name for himself as a heartfelt rapper – with lyrics showing no boundaries when telling stories about his true life.

After their latest release, ‘When Life Gives you Lemons You Paint That Shit Gold,’ the boys are taking their 2002 release ‘God Loves Ugly’ and putting it back on heavy rotation for an international tour. Scheduled to play the MontBleu Resort and Casino on April 21, I had the opportunity to get a few questions answered by Slug – a man notorious not only for this introspective lyrical style, but his evasiveness when it comes to all things reported.

Moonshine Ink: I’ve always wondered how it feels to be on stage and witness hundreds of fans screaming along with you the lyrics to your songs. How does it make you feel? Are you ever possessed to mix things up a bit to keep things fresh when performing?
Slug: It feels like spreading frosting, and chewing on rubberbands. We like to mix things up. I put maple syrup and peanut butter on my pancakes from time to time. We tend to mix things up for self-enjoyment. The audience doesn’t enjoy it much when I bust into Feist covers, but hey, what are ya gon’ do?

MI: What made you decide to re-issue ‘God Loves Ugly’ after nine years and take it out for a national tour?
S: Because our distro deal with Fat Beats ended (they helped release it initially). So the album reverts back to us 100 percent. We were considerate and waited until they ran out of stock, and then we repressed it so it could stay in print. Standard stuff.

MI: Wikipedia describes Atmosphere as being ‘One of the most commercially successful and long lived independent hip hop acts.’ Would you agree with any part of that statement?
S: I agree with the words ‘one, of, the, independent, hip hop, and acts.’

MI: You are often described as being the most honest voice in hip hop. What do you think leads you down that path when writing lyrics instead of writing something more superficial?
S: My mom was good at mommying. Is that a word? My word program underlined it with that weird red thing. I guess it’s not a word. But this is hip hop yo, and we get to make up words as we go.

MI: What are your thoughts on the perception of Minneapolis being a ridiculously unlikely place for hip hop to thrive?
S: I think hip hop will thrive anywhere that the have-nots live.

MI: What is the best venue you have ever played and why?
S: My practice space. Mostly because I’m allowed to smoke in there.

MI: What are you most excited about playing while on this tour?
S: The harmonica.

MI: Is there anyone you look to for inspiration while writing or performing?
S: My friends and family, and the soundman (Randy). If he says that it was a good show, then I am happy. Usually he says, ‘The sound was great but atmosphere sucked.’

MI: What is your favorite song to perform – and does it change at all depending on where you are?
S: ‘Time after time’ ~ cyndi lauper.

MI: How do you feel about performing at Coachella this year?
S: I’m excited to be in the desert.

MI: You haven’t done a huge Canadian tour since 2006 – is there anywhere in particular you are really looking forward to visiting?
S: Saskatoon is amazing.

MI: Humphrey Bogart’s last words were ‘I never should have switched from scotch to martinis’ – what would you think yours would be?
S: ‘Anybody got some matches?’

To see and hear more about Atmosphere, don’t hesitate to get your tickets for the show at the MontBleu by visiting ticketweb.com or purchasing them at MontBleu. Doors open at 8 p.m.

~ Discuss this article with the author. Email JackieV@moonshineink.com.