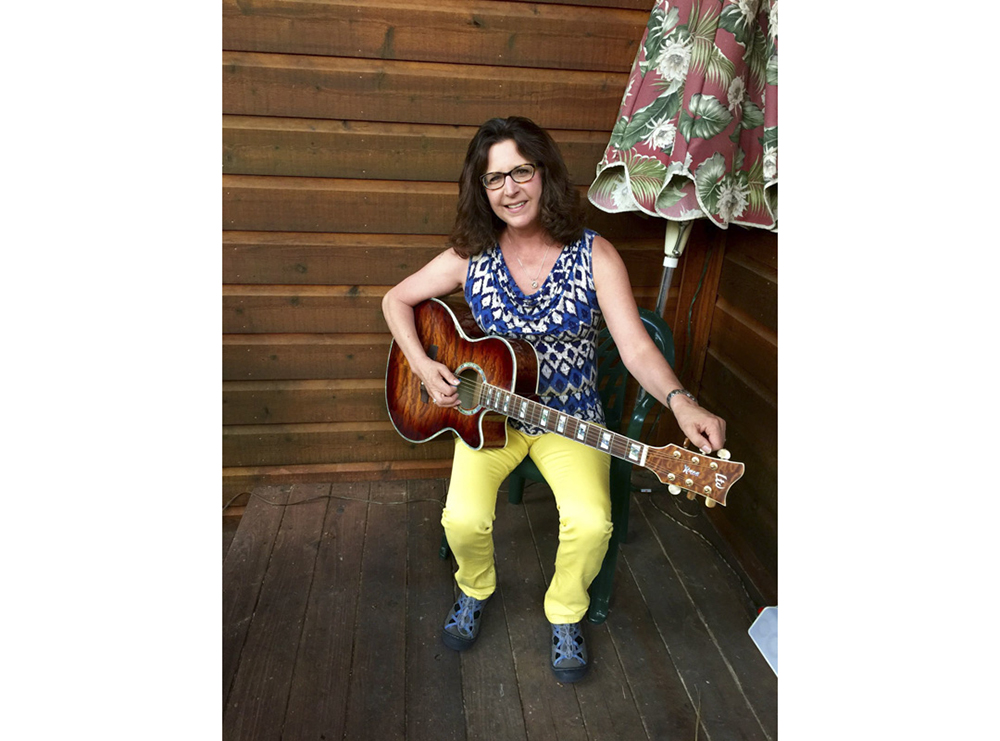 Keaven wrote this quirky motto for the Mountain Mix, a Moonshine column from about a decade ago, penned under the pseudonym of Alotta Baloney. The quippy roundup covered gossip, events, births, business news, and zany musings. Anchored in a love for the community, she served up clever turns of phrase, humor, and a keen finger on the pulse. One bit from late 2008: “Rumor has it that Squaw is installing gates at all their lifts that will scan skier’s passes. Now everyone can be a ski racer, unless you are on homeland security’s ‘no ski’ list.” Above all, she had a language all her own. Two memorable headlines: Too Pooped to Party and Of Fumpdedumps and Trucker Bombs.

An extraordinarily zany and talented woman, Keaven was driven by passion and compassion. She was an ardent vegan and lifelong brave warrior for all animals. The South Tahoe native lived for wordsmithing, downhill skiing, making music, caring for friends, and her beloved cat Lexie.

Born in Southern California and spending her formative years in the Bay Area, Keaven was 10 years old when her father’s job took them to South Lake Tahoe. Here she fostered a deep love for nature, the mountains, and outdoor pursuits. A hunger for songwriting led to a stint in Nashville, where she won a new songwriter’s award. Tahoe pulled her back in 2006.

Creativity underscored everything. Friends talk of the “loveliest vegan potlucks” at her place, where she was known to surprise her guests with a private concert on her guitar. A gracious hostess in her home, she took that skill to our community TV airwaves — recently producing and starring in a popular vegan cooking show.

She worked at several local businesses and nonprofits, always managing to incorporate her writing and imaginative ideas. A published author, she ran a copywriting business and was determined to help others share their stories, as evidenced in the 2017 book about the previously untold life and lore of a rugged Webber Lake Ranch caretaker. For Moonshine, she was the mastermind behind one of the best iterations in the “Keep Tahoe ….” series: #KeepTahoeSmart.

Her life was tragically cut short. The English language, animals, and many adoring humans are the poorer for it. Keaven was a loving sister to Adrian Lom and was preceded in death by her father and mother, Fred and Shauna Lom.

There will be a remembrance of Keaven’s life on Sunday, April 15 at 2 p.m. at the Seventh Day Adventist Church, located at 11662 Brockway Road in Truckee. In true Keaven form, there will be a vegan potluck after the service. Please bring your favorite dish to share and a canned good donation for Project MANA.

Obituary: The Brave Warrior Armed with Lyrical Brilliance
Wellness
8:15 am / 9:15 am

Obituary: The Brave Warrior Armed with Lyrical Brilliance
Sports & Outdoors / Wellness
9:30 am / 10:30 am

Obituary: The Brave Warrior Armed with Lyrical Brilliance
Sports & Outdoors / Wellness
9:30 am / 10:30 am